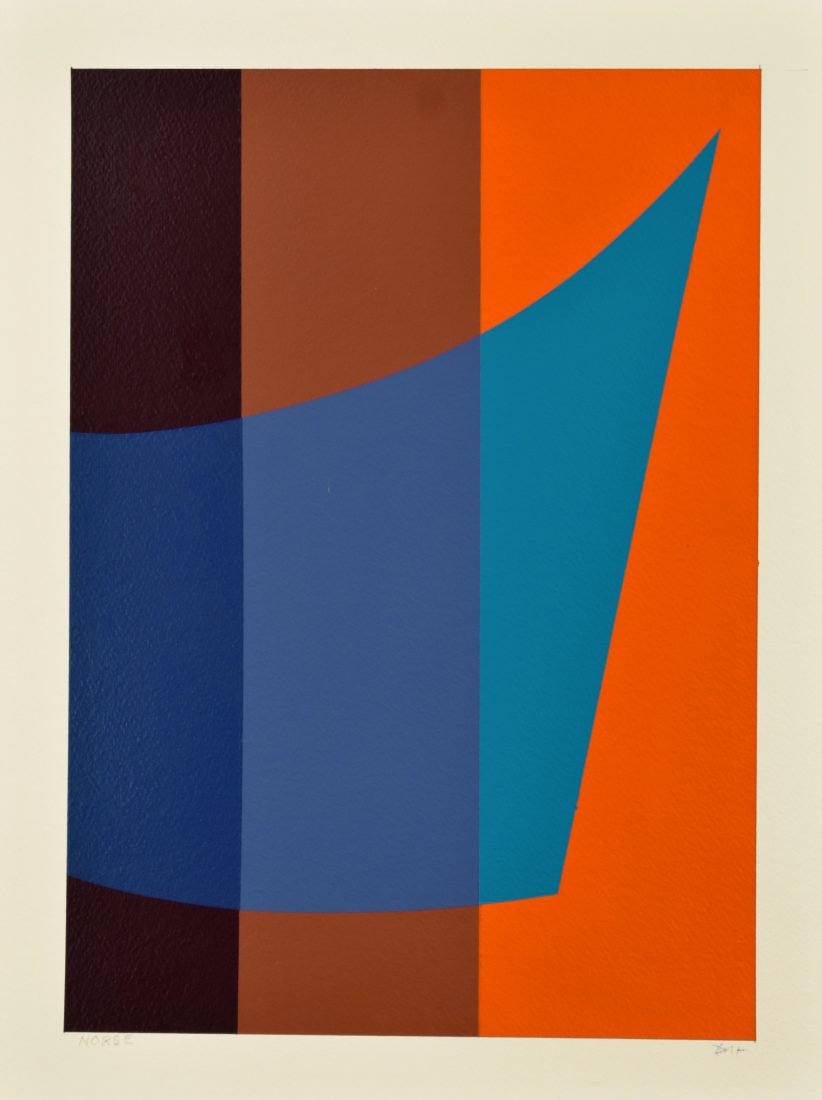 Donald Roy Thompson was born in 1936, in Fowler, California. He received his B.A. degree from Sacramento State University in 1960. He received his M.A also from Sacramento State University in 1962. His most notable art instructor was Wayne Thiebaud. Among his classmates were Fritz Scholder and Merrill Mahaffey, both successful artists in Santa Fe. From 1964-2000 Donald was an art instructor at Cabrillo College in Aptos, California. Before he settled down to teach, Donald traveled and lived in Mexico City, where he was able to observe closely the murals of Diego Rivera.

Like so many color field painters of his generation, Thompson was influenced by Johannes Itten and Josef Albers, as well as by Matisse and Mondrian. During an impoverished time in his early art career he was unable to afford good quality paint so instead he used layers of hand dyed cheesecloth for a large installation at the Cabrillo College Gallery. It helped form the basis of the ideas of transparency that he later produced in his acrylic color field paintings of 1971-75. By 1972 Donald began again to use opaque colors on various sizes of canvas, focusing on the illusion of transparency. By 1974 he began to feel the need for greater physicality and began to employ the use of stretched canvases of a single color bolted together from large to huge (7.5’ X 10’), now in the Oakland Museum.