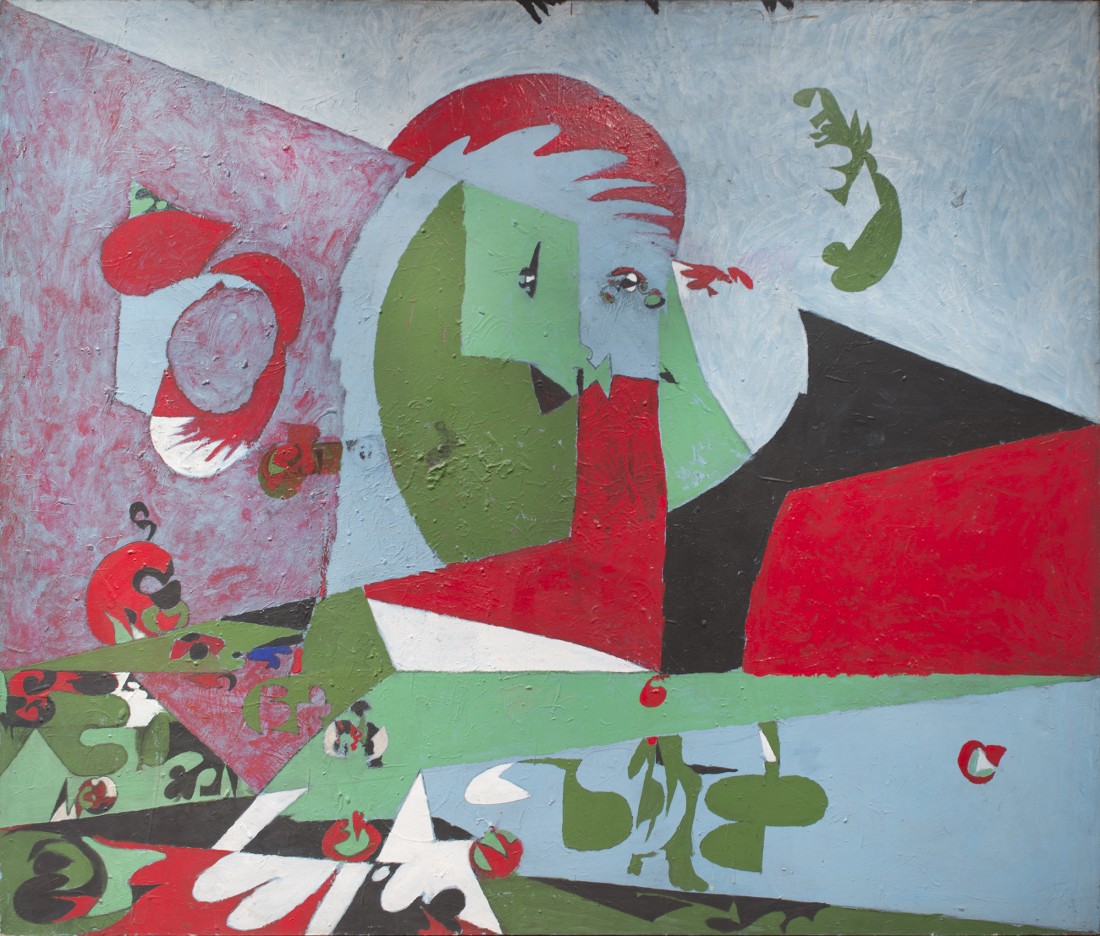 Jochen Seidel
Jochen Seidel was born in 1924 in the German industrial town of Bitterfeld. He was the son of an engineer, and counted several artists among his extended family.

In 1941 he was drafted into the army. After a brief period of imprisonment he returned in 1945 to the newly-formed German Democratic Republic. He enrolled in the art school in Halle, where he studied painting. He did not finish, instead leaving school to earn a living painting propaganda murals for the East German government. Like many artists in East Germany at the time he came under pressure to abandon modernism and adhere to propagandistic works. To preserve his artistic freedom and integrity, he moved to West Berlin in 1953 and resumed his artistic studies.

At this time Seidel began to break from representational painting, when he had “given up dependence of color and planes on the subject, and worked solely with the dynamics and composition of colors in a field-like organization of the painting square.”*

He began to produce works that gained attention of dealers and critics, notably the Rudolf Springer Gallery in Berlin. His work was shown in many exhibitions around the world. In 1961 and 1964 he exhibited at the Carnegie International Exhibition in Pittsburgh, PA. In 1962 he accepted an offer to teach at Fairleigh Dickinson University in New Jersey. Elements of color-field painting, geometric abstraction, pop art, and combine painting find their way into Siedel’s work at this time.

He achieved some success but not to his satisfaction. He apparently struggled with depression throughout his life. His father committed suicide when Seidel was young; Seidel himself attempted suicide twice. In 1971 Seidel took his life at the age of 47, leaving behind a studio with more than 200 paintings and 1200 drawings. In 1992, he was the subject of a comprehensive retrospective exhibition that traveled to Staatlich Kunsthalle Berlin, Hallescher Kunstverein E.V. in Halle, and Raum Trinitatis in Köln.


view all works by Jochen Seidel