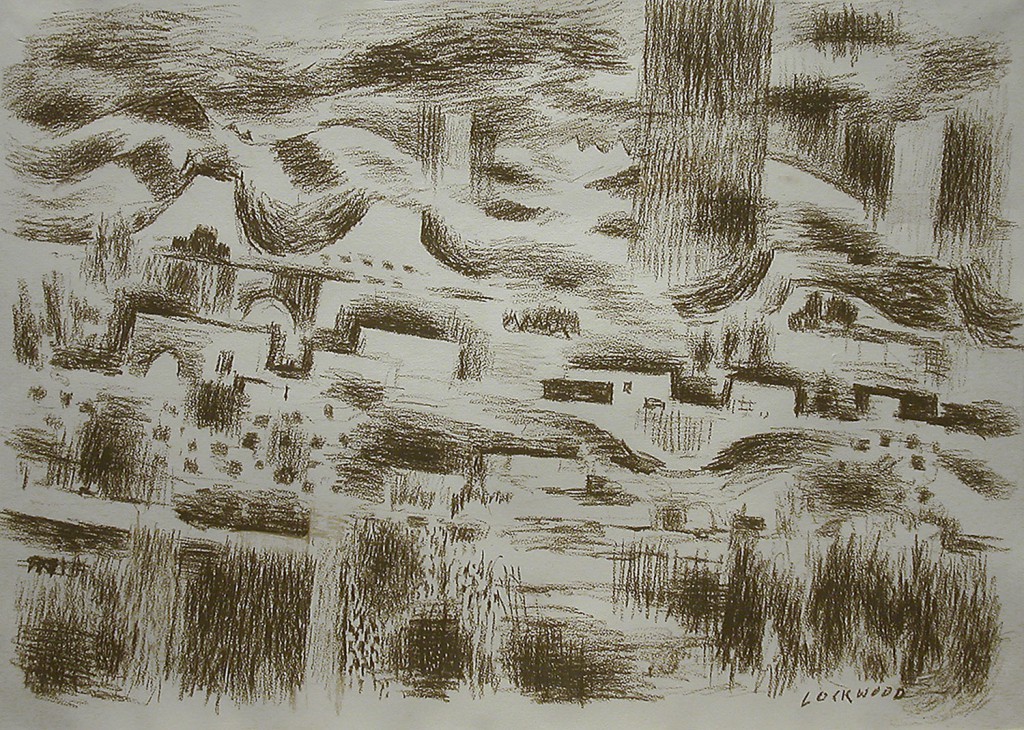 Ward Lockwood
Born in Kansas, Ward Lockwood studied at the University of Kansas from 1912-1914. He attended the Pennsylvania Academy of Fine Art until 1916. Like many other artists at the time, he took a brief hiatus from his studies to begin a two-year enlistment in the Army during World War I. His time in the service allowed him to experience European cultures first hand. Lockwood was deeply impacted in France by the works of artists Paul Cezanne and Vincent Van Gogh. In 1921, after his release from the service, he returned to Paris to study at the Academie Ranson.

In Paris, he met fellow Kansan, Kenneth Adams. The two artists then traveled the French countryside, practicing their craft. In 1922, Lockwood's fascination with French culture was satiated as he returned to Kansas to work as a commercial artist.

By 1926, Lockwood had married Clyde Bonebrake. The newlyweds quickly settled in Taos, New Mexico, due to the encouragement of Kenneth Adams. Lockwood soon established himself as a member of the Taos Society of Artists. In an effort to generate greater financial stability, Lockwood did a variety of murals for the Federal Arts Project and went on to teach at the Broadmoor Academy in Colorado Springs. At this time, he taught painting and lithography and worked on Works Progress Administration murals with his mentor, Andrew Dasburg. In 1938, due to his continuous development as an artist and professor, he was awarded the chair of the Department of Art at the University of Texas in Austin.

During the 1950s, he taught at the University of California at Berkeley and at the University of Kansas at Lawrence. In 1940, he moved to San Francisco and experimented with abstraction and assemblage but was again in the Army during World War II, advancing to the rank of colonel.

After he completed his time in the service, he returned to California where he resumed teaching. Although he was highly involved in the art circles of California, Lockwood made frequent trips to Taos and finally settled there in his later years.

view all works by Ward Lockwood