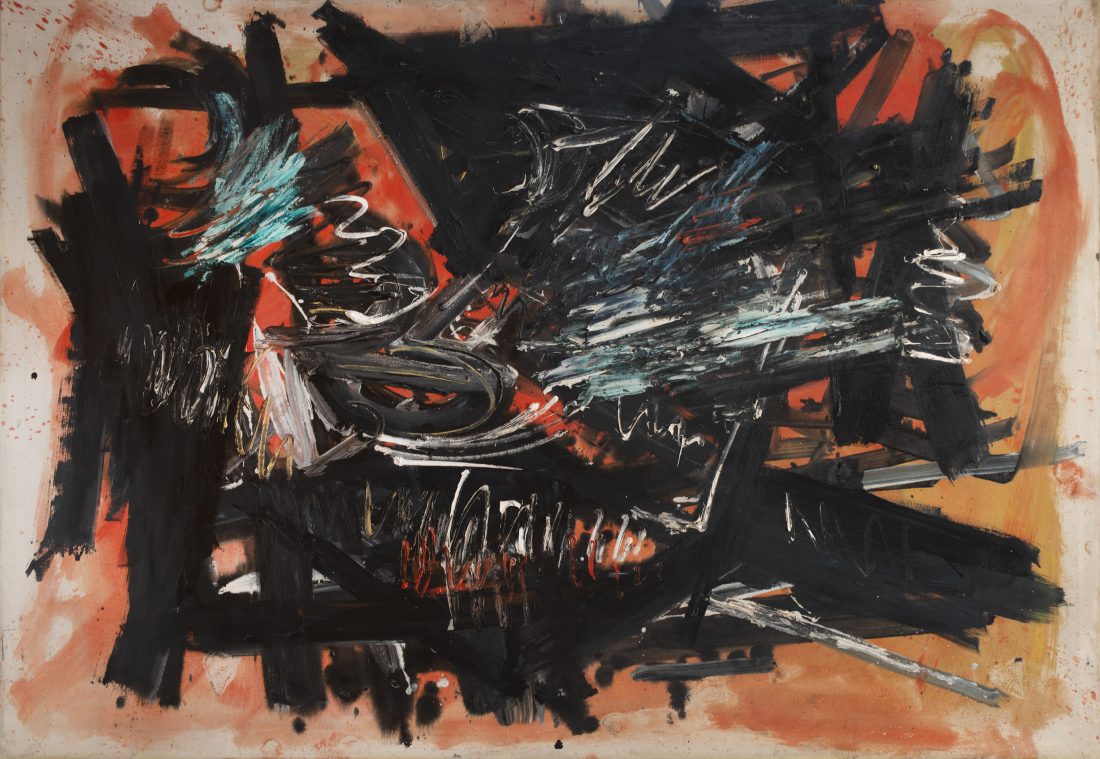 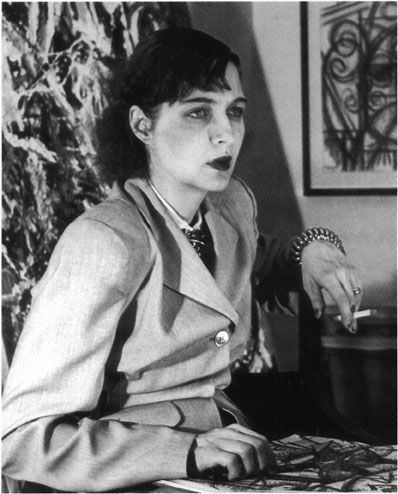 Born in 1908 as Corrine West, she spent most of her formative years in Ohio, first in Columbus and later in Cincinnati. There she attended the Cincinnati Conservatory of Music before enrolling the Cincinnati Art Academy in 1925, after opting for a career in the fine arts. Allured by the promise of the big city, West relocates to New York in 1932, continuing her art education the following year at the Art Students League. A member of Hans Hofmann’s first class at the League, West credits her instructor as a lasting influence on her art. Hofmann’s emphasis on the “inner eye,” the ability to apprehend the essence of things, guided the artist in her spiritual approach to abstraction, long after she had sought out other teachers and mentors.

Another prominent figure in her life, and one with whom she would develop an intimate, romantic relationship, was the artist Arshile Gorky, whom she met through a class monitor at the League, Lorenzo Santillo. West and Gorky spent countless hours visiting local museums, in particular the Metropolitan, and discussing art. Gorky introduced the younger artist to important sources for West’s work, such as European Surrealism. West avidly read the work of Surrealist writers such as André Breton and Isidore Ducasse, and drew on their celebration of the operations of the unconscious mind in her art.

In the mid-1930s, West, like her contemporaries Lee Krasner and George (Grace) Hartigan, adopted a masculine nom de brosse. Perhaps encouraged by Arshile Gorky’s name change, she initially chose the Russian-sounding, Mikael, but later anglicized the spelling. Fiercely independent and driven, West sought respect based on the merit of her work, free from the bias of gender.

Gorky’s emphasis on drawing remained an important model for West’s work. His study of the Old Masters encouraged West’s appreciation of the linear approach to painting (the disegno model of the Raphael tradition), and their visits to museums only furthered the development of West’s own art. A series of works she produced in the late 1940s revealed how she wielded the paint brush to translate the process of drawing to painting.