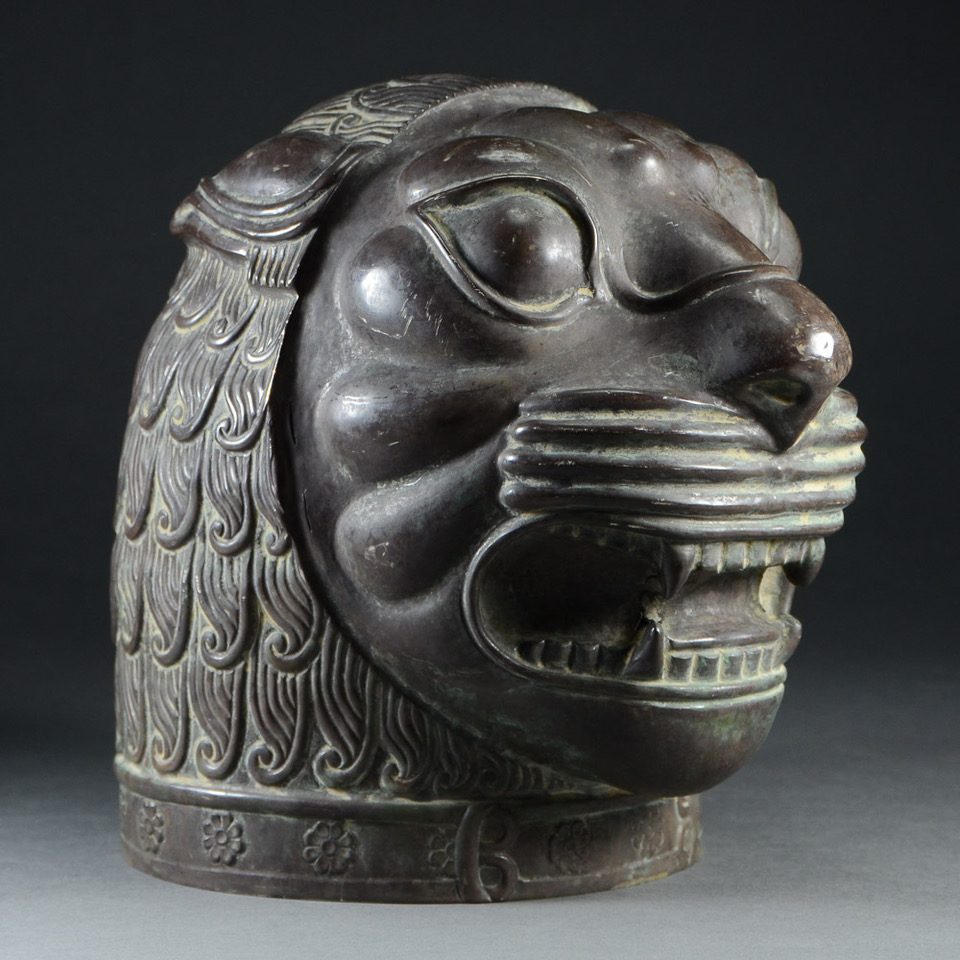 Inquire Enlarge
Lion Head
c. 1870
8.25" x 5.5" x 9"
Sculpture, Furniture, Objects, Silver, hammered and repoussé
Region: Isfahan
This extraordinary and unique object appears to have no direct parallels. It seems to be modeled upon previous ancient artifacts, including Achaemenid rhyta (Persian drinking vessels), Neo-Assyrian lion sculptures, and architectural ornamental sculpture, in stone and glazed brick, from Persepolis, Susa and Babylon. Its large size and fine workmanship signify its value as a paradigm of archaizing precious metalwork. This style, demonstrating an interest in archaic models, potentially places this piece in either the oeuvre of Assyrian Revival artworks of the 1870’s and after, or from the period during the Qajar Dynasty of Persia, also around 1870s, and after. Both periods included archaizing styles which arose as a result of a renewed interest in the artworks of the Assyrian, Babylonian, and Achaemenid Empires, of the near East. This interest had reached a peak due to the discoveries made by intrepid archaeologists and decipherers of cuneiform in the 1850’s and afterward. Foremost among these was Sir Henry Creswicke Rawlinson, the British officer who was known as the father of Assyriology, and who deciphered the cuneiform inscriptions at Behistun, Persia.