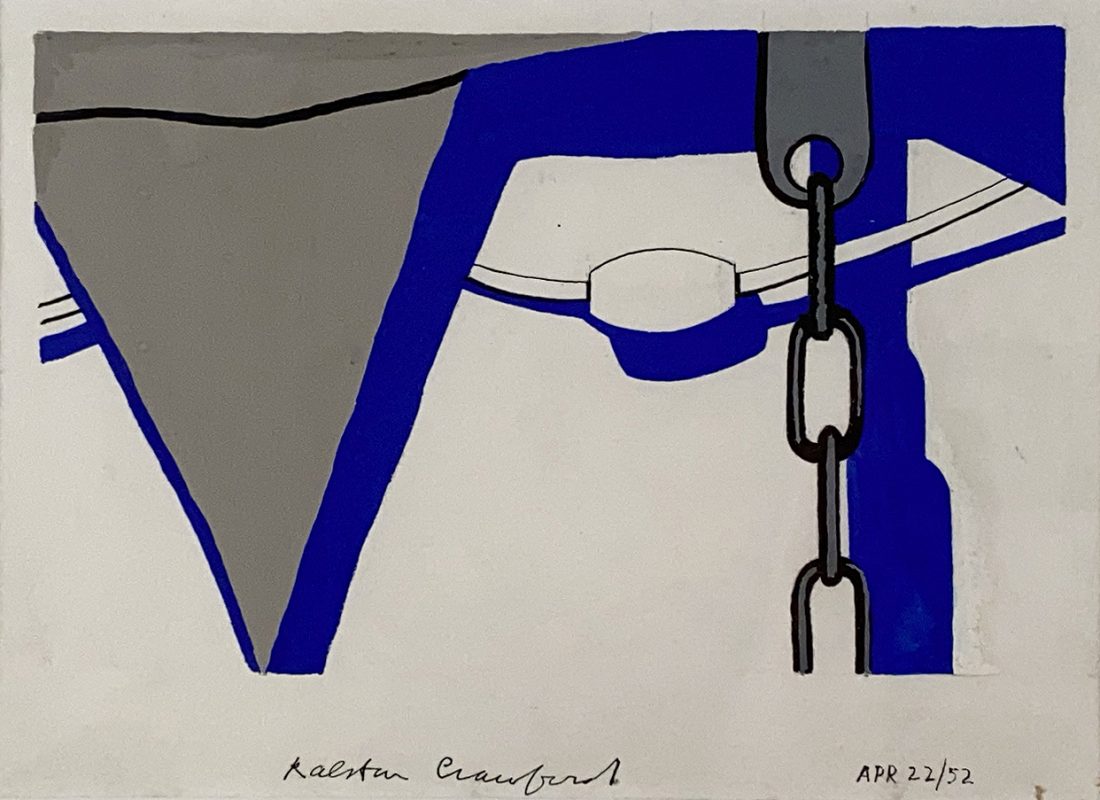 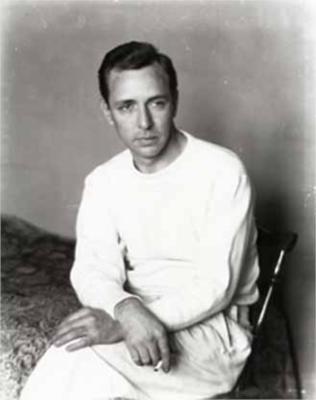 Ralston Crawford was born September 25, 1906 in St. Catherines, Ontario, Canada, near Niagara Falls. He is best known for his images of American landscapes, which he executed in a Precisionist style.

In 1910 Crawford's family moved to Buffalo, where he lived until 1926. He favored the water in his youth, sailing the Great Lakes, and later visiting Caribbean and Pacific shores while working on a tramp steamer in 1926 and 1927. Following these years as a sailor, he then turned to art.

From 1927 to 1933 he studied at numerous institutes, including the Otis Art Institute in Los Angeles (when he also worked at the Walt Disney Studio on Oswald the Lucky Rabbit); the Pennsylvania Academy of the Fine Arts; the Barnes Foundation, Merion, Pennsylvania; the Hugh Breckenridge School, in East Gloucester, Massachusetts; the Academie Colarossi and Academie Scandinave in Paris in 1932 and 1933; and Columbia University, in 1933.

Crawford's first one-man show was in 1934 at the Maryland Institute of Art in Baltimore. His experiences from his years spent on boats and near docks, shipyards, and bridges were evident in his works. He was also intrigued by rural architectural forms, and moved to Pennsylvania to paint, living in Chadds Ford and Exton from 1934 to 1939.

Crawford was associated with Precisionism, an art movement stressing a machine-like style, which incorporated flat colors, sharp edges, little texture, and industrial images. At this time in the thirties, many American artists were turning away from modernism, and the Precisionists regarded industrial subjects as symbols of order and reason, and a part of America's cultural heritage.

His Precisionist works were smoothly painted and had subjects that could specifically be associated with America, reflecting the highly technological aspects of the day, including bridges, railroads, race cars, highways, grain elevators, ships, and factory scenes.


Towards the end of the 1930s, his work became increasingly abstract, with figures becoming cropped and tilted, influences perhaps resulting from his interest in photography. Still, Crawford often incorporated elements from the landscape into his abstract paintings, creating patterns based on a variety of sources, from bridges and dams to fishing boats and lobster pots.

During his abstract period, he said, "I don't feel obligated to reveal the forms. They may be totally absent to the viewer of the work, or even to myself, but what is there, however abstract, grows out of something I have seen. I make pictures."

With the onset of the Second World War, Crawford joined the army and was stationed in Washington, D.C., then in China, Burma, and India. While his military service brought his professional artistry to a standstill, he still utilized his artistic skills. He was appointed Chief of the Visual Presentation Unit under the Weather Division, and was responsible for preparing pictorial presentations of weather patterns, air flow and storm structures. These maps were both practical and aesthetically pleasing, garnering attention and multiple graphic art commissions for Crawford, in particular with Fortune magazine.

After illustrating several covers and interiors for the publication, he was invited to cover the first test of a nuclear bomb on Fortune’s behalf. On July 1, 1946, Crawford was the only artist observer to witness the two nuclear detonations at Bikini Atoll in the Marshall Islands.

The detonations and Crawford’s subsequent works signaled a shift in his art. He moved even further away from Precisionism in his art, veering to more geometric abstraction in an increasingly fragmented, hard-edged style - perhaps an expression of his disillusionment with America's war technology.

An inveterate wanderer, Crawford continued to travel extensively in the United States and Europe, painting and producing lithographs, lecturing, and teaching. He held a series of teaching positions, among them jobs at the Cincinnati Art Academy (1940- 41), the Albright Art School in Buffalo (1941-42), the University of Michigan, the Buffalo Fine Arts Academy, and the University of Colorado. In 1947, he was guest director of the Honolulu School of Arts.

While he experimented in other media all throughout his career as a means of innovation, he began to embrace photography as a tool of observation and documentation.

In 1950 he made the first of many trips to New Orleans, where he painted and photographed cemeteries and jazz musicians (requiring a permit to visit bars normally restricted to blacks). Crawford began to embrace New Orleans as a second home of sorts, and would often travel to engage with the music, the culture and the artists, capturing it all through his photography. He would regularly find himself in the city’s jazz clubs and back rooms, mingling with black artists and patrons. Despite these interactions being socially unacceptable at the time and sometimes even illegal, Crawford still managed to capture the living jazz movement and sound, and its lasting impression on the city overall.

Crawford died on April 27, 1978 in Houston. His body was returned to his beloved New Orleans for burial.

view all works by Ralston Crawford