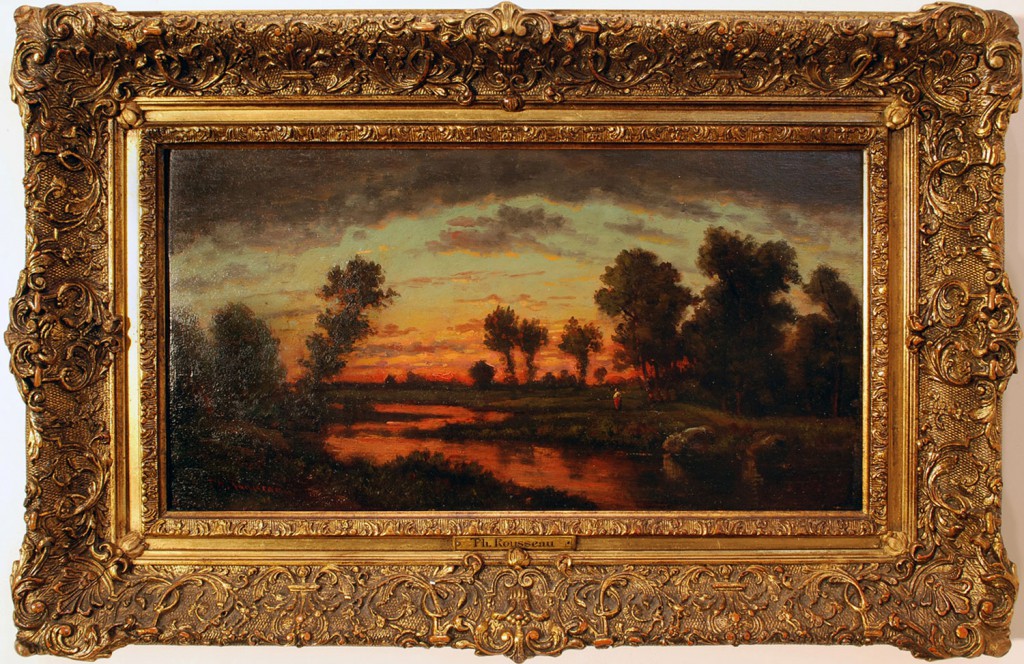 Théodore Rousseau was born in Paris, France, on April 15, 1812. After receiving traditional artistic training in Paris, he established his own style of landscape painting, working directly from nature near the village of Barbizon. He became the leader of a group of artists known as the "Barbizon School," who emphasized nature's untamed aspects. Although he didn't achieve critical acceptance until late in life, Rousseau was admired by other painters, including the first generation of Impressionists. He died on December 22, 1867.

His father was a tailor, and his parents owned a dry-goods store in the city. Around the age of 14, Rousseau made a journey to the mountainous Jura region of France and was so inspired by the landscape that he took up painting. His parents had planned for him to study civil engineering at the École Polytechnique when he finished school. However, his interest in art was so strong that they agreed to send him to train with the landscape artist Alexandre Pau de St-Martin, a cousin of Rousseau's mother.

After studying in St-Martin's studio, Rousseau received further training from the artists Joseph Rémond and Guillaume Lethière; however, he found their styles too tradition-bound. Rousseau began to paint outdoors in the Parisian suburbs as much as possible, rather than working in the studio. He was influenced by the naturalist style of Dutch and Flemish landscape painters of the 17th century, and by the work of 19th-century British artist John Constable, who was known for his views of the English countryside.