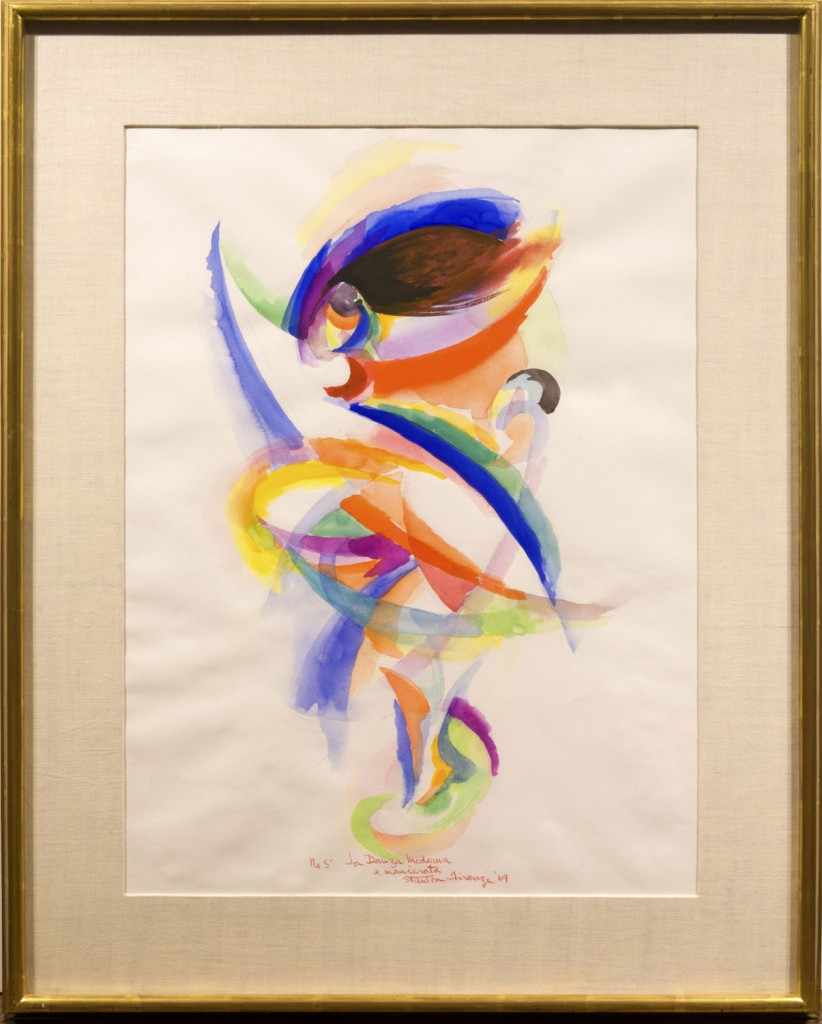 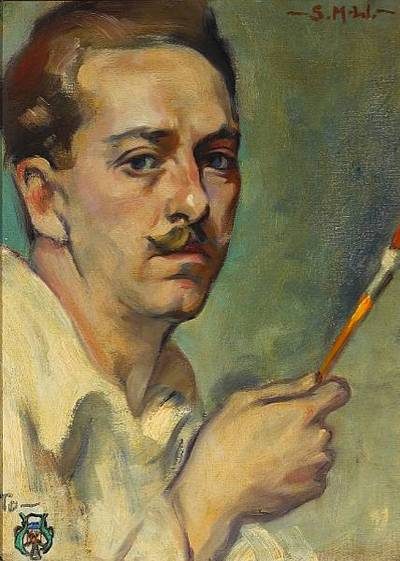 Stanton Macdonald-Wright (1890-1973) was one of America’s leading modernist painters and an early pioneer of abstract art. Born in Virginia and raised in southern California, he enrolled at the Art Students League in Los Angeles as a precocious thirteen-year-old. In 1907, while still a teenager, he married and then settled in Paris, studying at the Sorbonne and several art academies, including the Académie Colorossi and the École des Beaux Arts, and then privately with Percyval Hart-Tudor, who taught color theory in relation to music. Inspired chiefly by the works of Cézanne, Matisse, and the Cubists, Macdonald-Wright exhibited at the Salon d’Automne in 1910 and at the Salon
des Indépendents in 1912. Together with fellow American expatriate Morgan Russell, Macdonald-Wright cofounded the avant-garde painting movement Synchromism, whose first exhibition was held in Munich in the summer of 1913 and the second in Paris during the fall of the same year. These were soon followed by shows in London, Milan, and Warsaw. And in early 1914 Synchromist paintings were exhibited for the first time in New York. Similar to its rival Parisian movement Orphism, Synchromism combined color with Cubism, producing luminous and rhythmic compositions of swirling and serpentine forms infused with a rich chromatic palette. As Macdonald-Wright later described it, “Synchromism simply means ‘with color’ as symphony means ‘with sound’, and our idea was to produce an art whose genesis lay, not in objectivity, but in form produced in color”.

At the outbreak of World War I, Macdonald-Wright moved to London with his
older sibling, Willard Huntington Wright, who was an editor and author. Sharing quarters there for the next two years, the brothers collaborated on three art books, including Modern Painting, Its Tendency and Meaning (1915), that were subsequently published in New York. After repatriating himself to the United States in 1915, Macdonald-Wright took up residence in New York, where he participated in the Forum Exhibition of Modern American Painters in 1916 and was given his first one-man show at Alfred Stieglitz’s “291” gallery the following year. His Synchromist paintings had a direct and marked influence on the work of Thomas Hart Benton, Andrew Dasburg, Jan Matulka, Stuart Davis, Arnold Friedman, and Alfred Maurer.


view all works by Stanton Macdonald-Wright