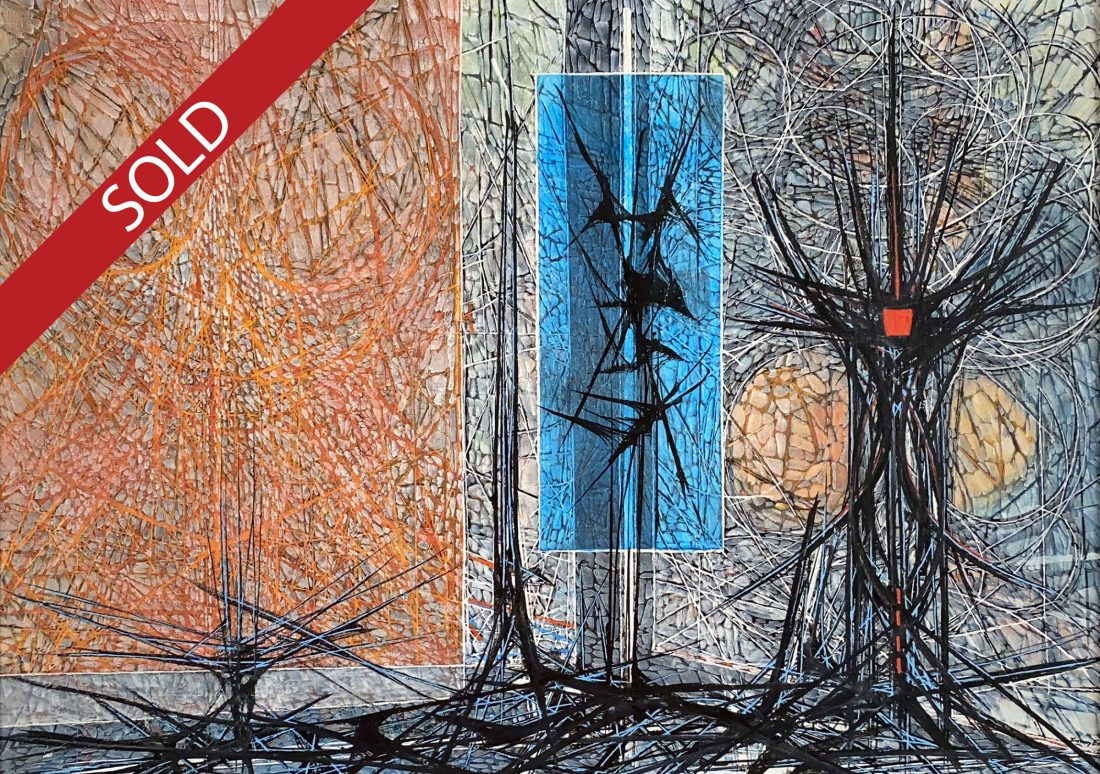 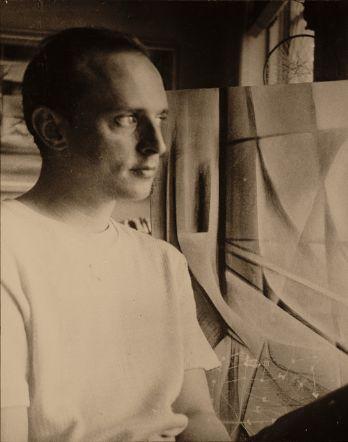 Jimmy Ernst is known for his striking prints and paintings influenced by the Surrealist and Abstract Expressionist movements. The son of Dada Surrealist artist Max Ernst and art historian Louise Straus-Ernst, Jimmy Ernst was influenced by the style of his father as well as friendships with William Baziotes and Kurt Seligmann and other modernists who he met through his parents.

He was born in Cologne, Germany and emigrated to the United States in 1938 to escape the Hitler regime. He worked at the Museum of Modern Art and in 1941, Peggy Guggenheim, patroness of the arts in New York, hired him as her personal assistant.

Ernst’s early works were explicitly surreal, drawing on the influence of his father, while also reflecting his keen interest in American jazz. In later years, Ernst turned to Abstract Expressionism, working in a linear and geometric style. By the late 1960s and 70s, he had returned to a more figurative type of image making, producing landscapes and floral works, and canvases incorporating Native American symbols.

His work is in numerous museum collections including the Pasadena Art Institute in California, the Toledo Museum of Art and Houston's Museum of Fine Arts.

view all works by Jimmy Ernst