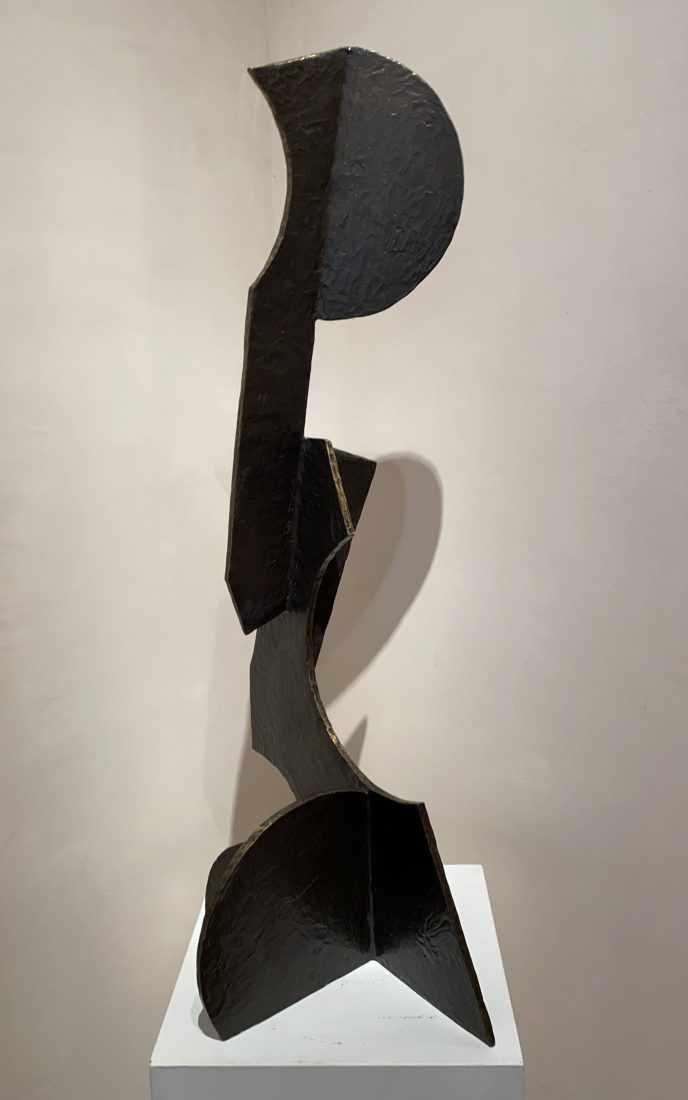 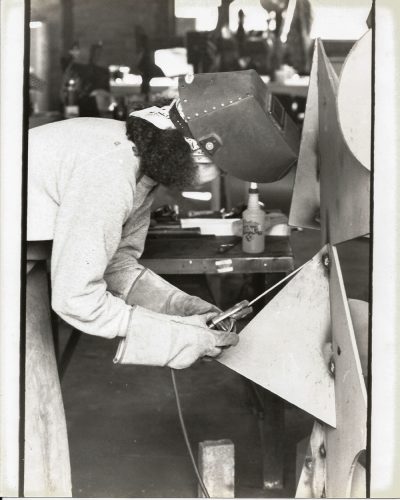 Artist Statement
“My inspiration comes from many directions, experiences and channels, but my work always begins with the simple act of folding paper. I create a flat, rectangular structure, deconstruct the parts and reassemble them into the whole, then create a set of drawings and geometric models based on the linear geometry of rotating movement.”

"From a basic set of shapes, I design several different models - or maquettes – then build them in steel and choose which piece integrates best into the commissioned landscape. The maquette also provides the visual and architectural reference needed to scale the work to its monumental dimensions. I still continue to personally oversee construction and site preparation for each of my installations to ensure the rigid-quality standards I’ve upheld throughout my 45-year career as a professional artist.”
“My continuing goal is to create art that brings a sense of joy and imaginative flight to those who engage with it, and that will endure long into the future. I also hope to motivate, represent, and inspire more women sculptors to assert themselves into the competitive art market, where they’ve yet to become dominant members.”

Betty Gold, who opened her Santa Fe studio in 2010, is an established, internationally known professional artist who has shown in over one hundred thirty solo and group exhibitions in her career and who currently has work in more than seventy-five permanent collections around the world.
A Year with Betty Gold, is an independent, full length feature film directed and produced by Professor J. McMerty of Elon University.

Along with several Artist in Residencies and dozens of lectures both here and abroad, in 2014 Betty received the degree of Honorary Doctor of Humane Letters, presented to her by the President of Mary Baldwin College in Staunton, Virginia.

Also in 2014, she was the second woman ever to be awarded XAM’s Artist of the Year in Mallorca, Spain, where in 2005 she was honored with a Retrospective hosted by the City of Palma.

In 2002, the United States Embassy to Slovakia gifted her monumental sculpture, “Tiron IV”, to the City of Bratislava’s Presidential Garden.
Betty was born 1935 in Austin, Texas, and has lived in Mexico City, Dallas, Los Angeles, Aspen, Palma de Mallorca, Spain, Venice, CA, and now has a home in Santa Fe.

Her art has maintained a consistent style and design throughout the years and remains easily recognizable even as her aesthetic continues to evolve.
Betty has traveled to over eighty countries and has placed work in museums, universities, public parks, hotels, outdoor malls, government offices, recreational complexes, community and civic centers, public buildings, research facilities, private collections, and along public highways and roundabouts, both domestic and internationally.

She has lived in and worked out of her Venice, CA, studio for more than thirty years, and kept a second studio in Palma de Mallorca, Spain, for ten of those years. She’s recently moved back from Spain and divides her time between California and New Mexico.

view all works by Betty Gold