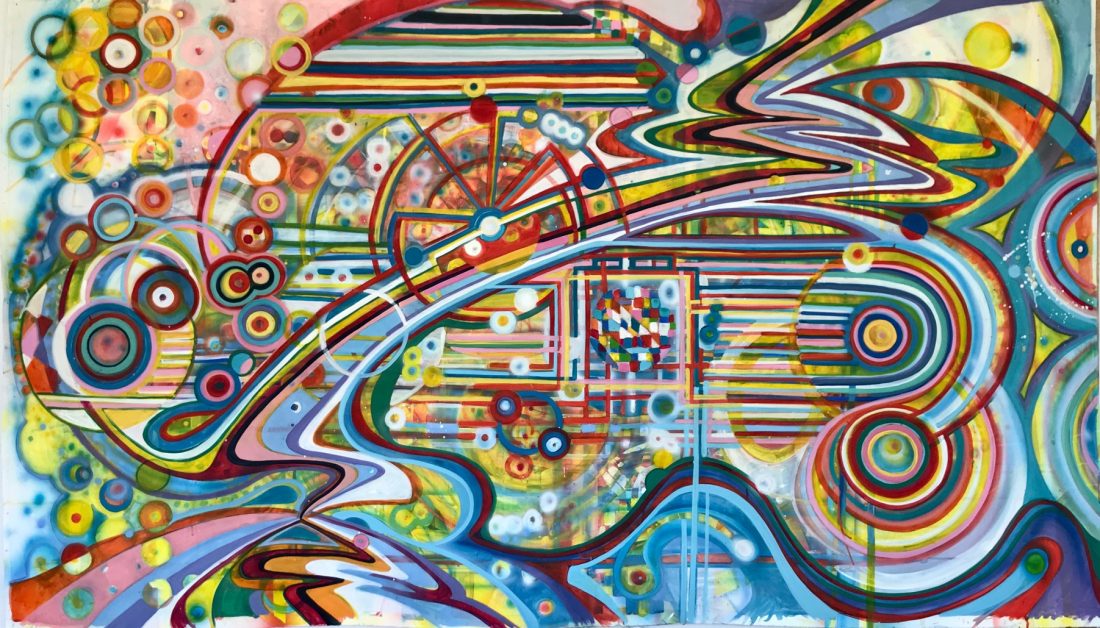 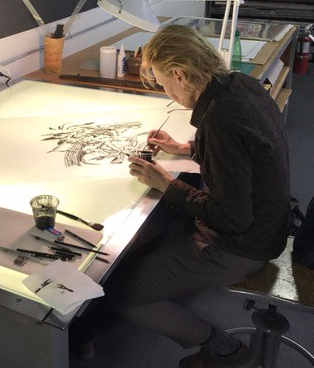 Ati Maier is a multidisciplinary artist whose practice includes drawing, painting, photography, 3-D video animation, installation, performance, and live action video.She was born in Munich, Germany in 1962 and has studied, lived and worked in Vienna, Berlin and New York City.

Maier writes about her working process:

"I start with 3-15 overlapping sketches with which I create multiple layers suggesting the possibility of a novel compositional architecture. For example, I might begin with an abstract grid, add a galactic structure, then landscapes on top. It is in this time-consuming period that shapes begin to form and subside, subdivide and cut through and across one another. I weave the layers of space together in such a way that foreground, middle ground and background along with past, present and future become one dense coherence. Through my process the painting is like an organically growing puzzle coming together. The final image can never be predicted, as it is a direct result of the physical and the mental space I am in when I make the work.

Recently, I also began working with 3-D animated videos derived from my drawings. I basically re-build the drawings into a 3D model, making them move through time as well as space. In the animations, as well as my 2-D works, I aim to suggest new visual metaphors for our experience in non-linear, virtual spatial systems."


Ati Maier's work is included in the latest issue of New Observations.

view all works by Ati Maier