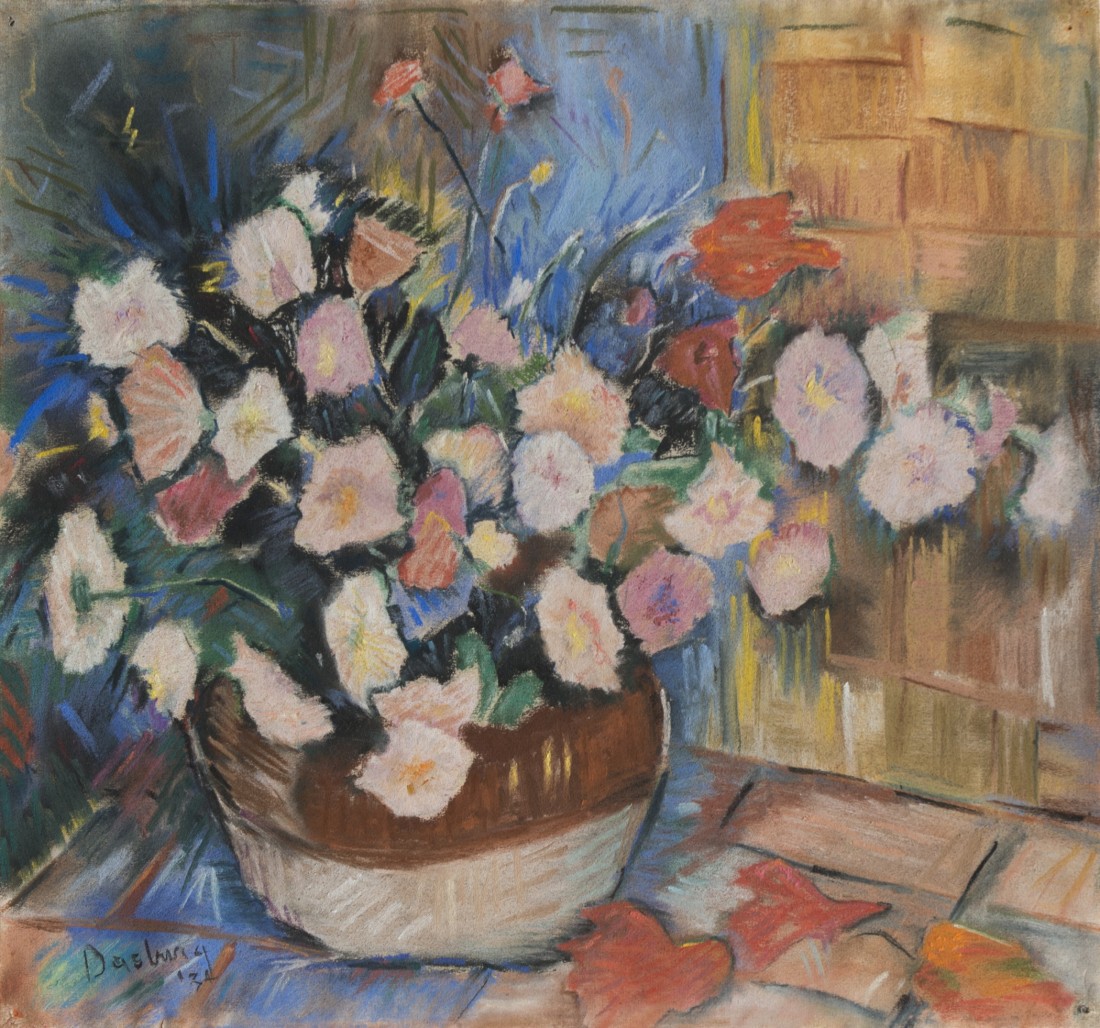 In 1909 Dasburg revisited Paris and joined the modernist circle of artists living there, including Morgan Russell, Jo Davidson, and Arthur Lee. During a trip to London that same year he married sculptor Grace Mott Johnson. Johnson returned to the United States early the next year, but Dasburg stayed in Paris where he met Henri Matisse, Gertrude Stein and Leo Stein, and became influenced by the paintings of Cézanne and Cubism.

Dasburg returned to New York, and he and Johnson became active members of the artist community. Dasburg exhibited three oils and a sculpture at the "International Exhibition of Modern Art," better known the Armory Show, which opened in New York City's 69th Regiment Armory in 1913 and introduced New Yorkers to Modern art.

In 1918 he was invited to Taos, New Mexico, by Mabel Dodge, and returning in 1919, Johnson joined him there. After moving to Santa Fe, New Mexico in 1921, Dasburg integrated the boxy traditional construction styles in New Mexico into his Cubist art.

In both New York and Taos, he was part of the social milieu that included Georgia O'Keeffe and Gertrude Stein, and a close friend of Mabel Dodge Luhan. A painting named The Absence of Mabel Dodge was allegedly painted to inflame the jealousy of her then-lover, mutual friend John Reed (it was a pointed reminder of a peyote celebration in which the two had shared), and for four years Dasburg and Reed's other lover Louise Bryant carried on an affair. The elderly Dasburg appeared posthumously as himself in the movie about Reed and Bryant, Reds, although he "curiously ... does not speak of his intimacy with either". He was also involved for some time with Ida Rauh, a co-founder of the Provincetown Players, and the two of them were friends with D. H. Lawrence and his wife Frieda von Richthofen, and helped Lawrence recover from a bout of tuberculosis that nearly got him refused entry to the U.S. at the border with Mexico.
Dasburg died in his home in Taos, New Mexico, on August 13, 1979, at age 92. Following his death, the New Mexico Museum of Art in Santa Fe held a 96-work retrospective exhibition funded in part by the National Endowment for the Arts which traveled to four other Western states. His works are in the collections of the Whitney Museum of American Art, the Metropolitan Museum of Art, New Mexico Museum of Art and the Denver Art Museum, among others.