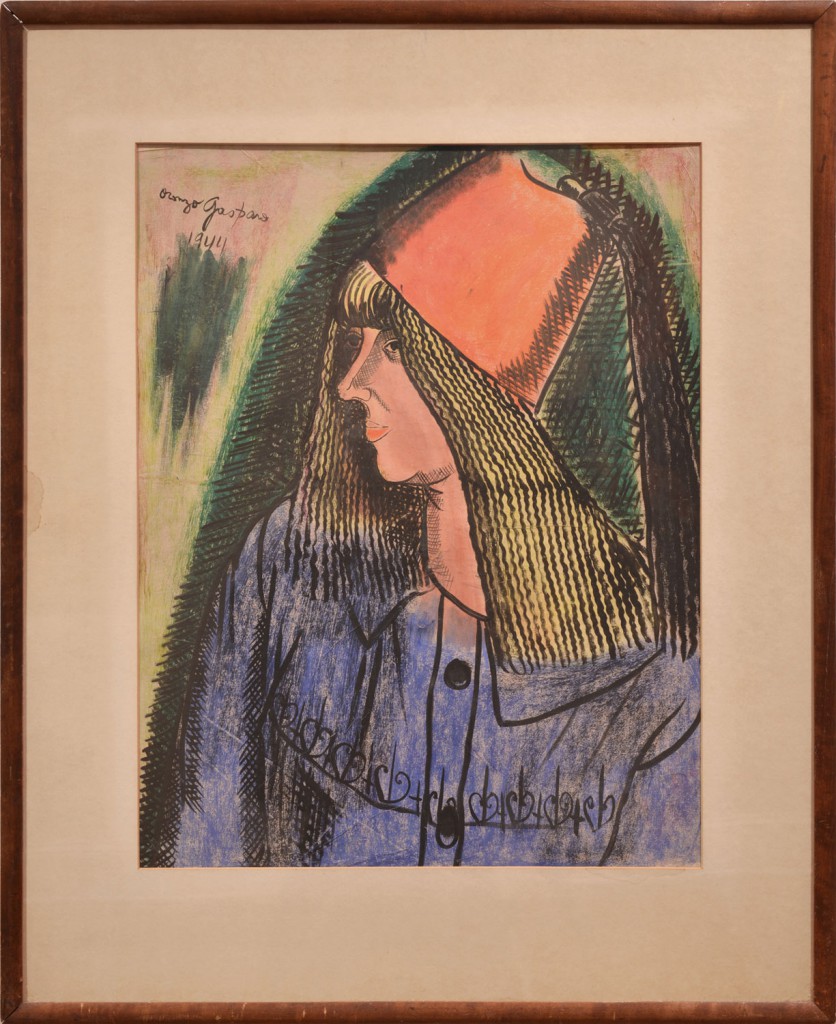 Oronzo Vito Gasparo
Oronzo Gasparo was born in Rutigliao, Italy in 1903 and died in New York in 1969. He was an avid dancer and claimed to have brought the Rhumba to New York. Oronzo Gasparo studied art at the National Academy of Design in New York City where he was profoundly influenced by his work under the American painter Preston Dickinson. In this early work Gasparo created a composition that interweaves the human body and machine elements. He filled in some areas with opaque gouache while allowing the white paper to remain exposed in other sections.

He spent some time working for the Works Progress Administration (WPA) during the Depression and exhibited widely throughout his lifetime, including exhibitions at the Museum of Modern Art, the Oakland Art Gallery, and the 1939 New York World’s Fair. His work has also been exhibited at the Art Institute of Chicago, the Carnegie Institute, the Corcoran Gallery, and the Whitney Museum of American Art, among other museums and collections.