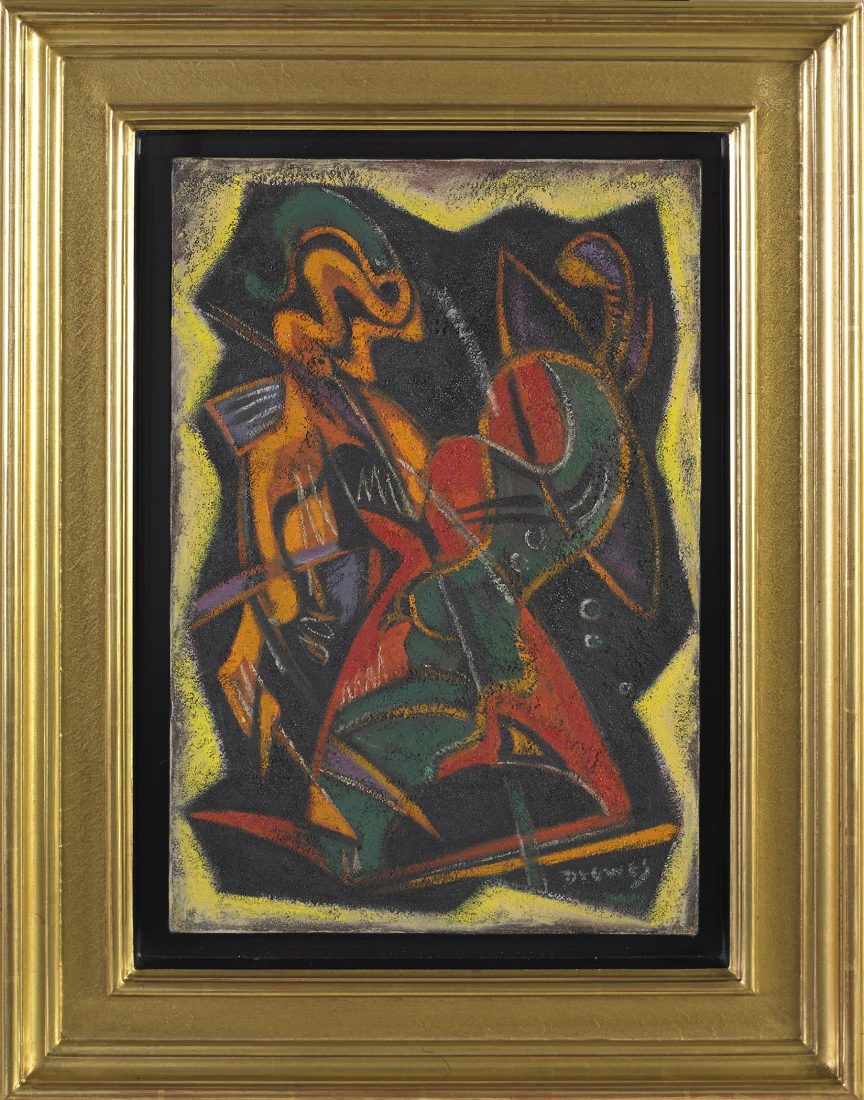 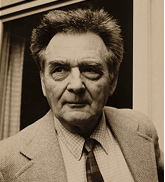 Werner Drewes was born in Germany in 1899. He began his studies in Stuttgart, focusing on architecture and design. After serving in World War I, Drewes studied at the Bauhaus in Weimar under Paul Klee, Johannes Itten, and Oskar Schlemmer. Drewes was powerfully influenced by the Bauhaus’ emphasis on experimentation, abstraction, and the unification of different art forms. He continued his studies privately with Vassily Kandinsky, who remained a friend, mentor, and frequent correspondent throughout Drewes’ career. Drewes traveled widely before settling in New York in 1930. There, he worked as an instructor at the Brooklyn Museum School from 1934-1936, and as director of the Works Progress Administration’s Graphic Arts Division from 1940-1941. In 1937, he became a founding member of the American Abstract Artists. Shortly after his arrival in New York, Kandinsky introduced him to Katherine Dreier, founder of the Société Anonyme, along with Man Ray and Marcel Duchamp. As a result of this acquaintance, Drewes exhibited frequently with the Société. In 1945, Drewes became an instructor at the Institute of Design in Chicago. He went on to teach at the School of Fine Arts at Washington University, St. Louis, where he remained until 1965. He later moved to Virginia, where he lived and worked until his death in 1985.


view all works by Werner Drewes