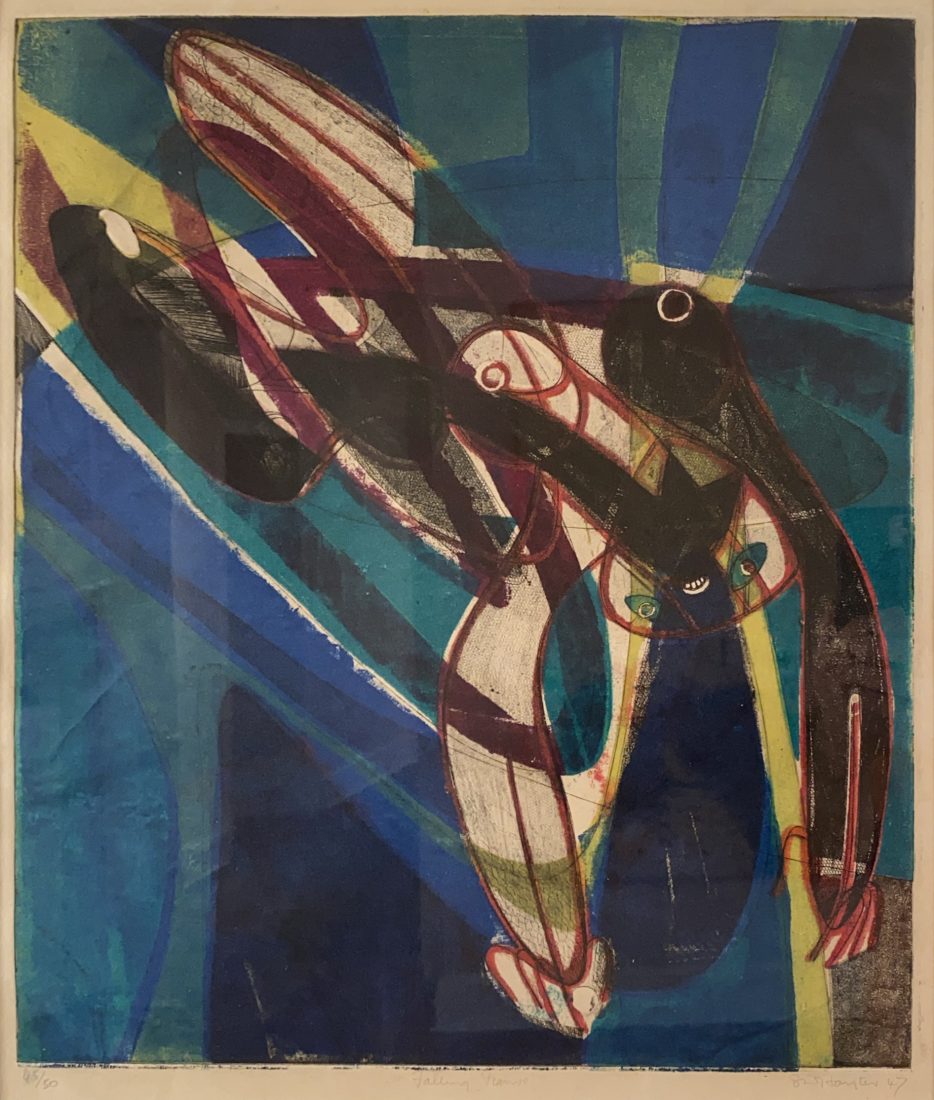 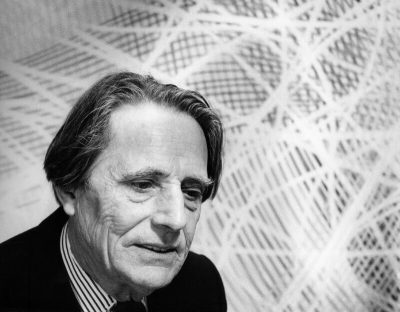 Stanley William Hayter was a British painter and printmaker associated with Surrealism and Abstract Expressionism. He was notably the founder of one of the most influential print shops in the 20th-century, Atelier 17, which worked with Marc Chagall, Max Ernst, Pablo Picasso, Jackson Pollock, and others. “The way we work, there is no sort of professor and student deal going on here,” he once said of his methods. “I have always had the theory since I started this thing that if you are going to get anything done about this craft it is going to take a lot of people to do it and you have got to work with them.”

Born on December 27, 1901 in Hackney, United Kingdom, he studied chemistry and geology at King’s College in London before working in Iran for the Anglo-Persian oil company. Moving to Paris in 1926, he briefly enrolled at the Académie Julian before befriending the Polish-born artist Joseph Hecht, who taught him engraving techniques. A year later, he opened Atelier 17, Hayter’s background in chemistry led him to treat printmaking as a science, and he experimented with a number of techniques, including viscosity printing, gaufrage, and soft-ground etching. Hayter fled Europe in 1939 due to World War II, establishing another print shop in New York where he continued to work until returning to Paris in 1950.

The artist died on May 4, 1988 in Paris, France. Today, his works are held in the collections of the Art Institute of Chicago, The Museum of Modern Art in New York, the Tate Gallery in London, and the National Gallery of Art in Washington, D.C., among others.