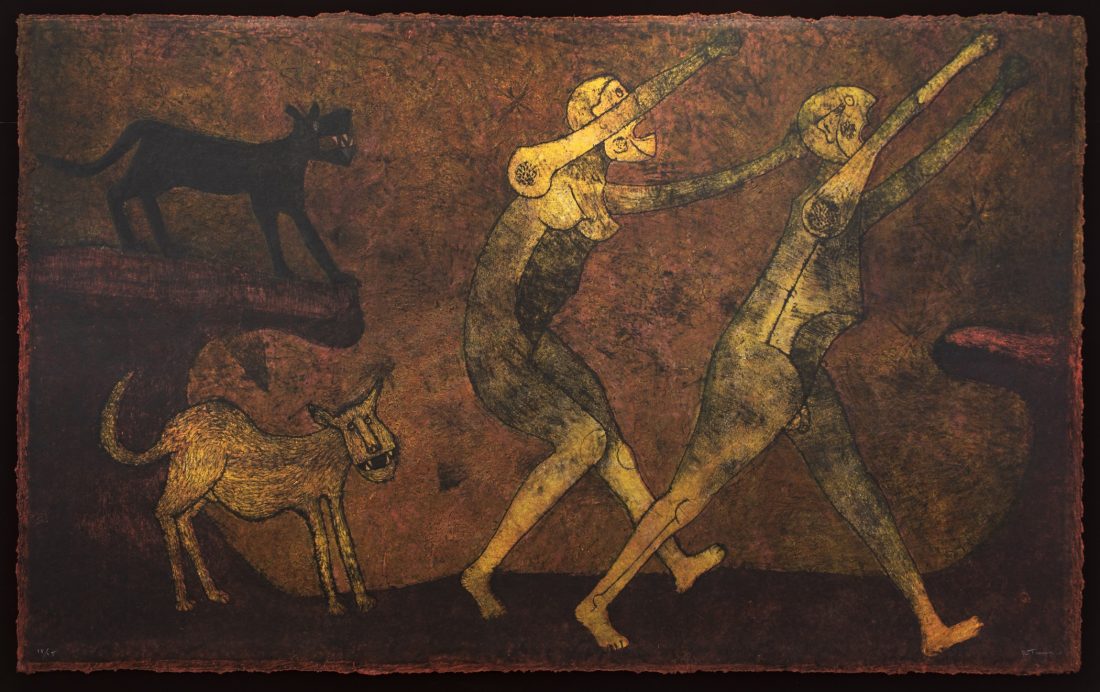 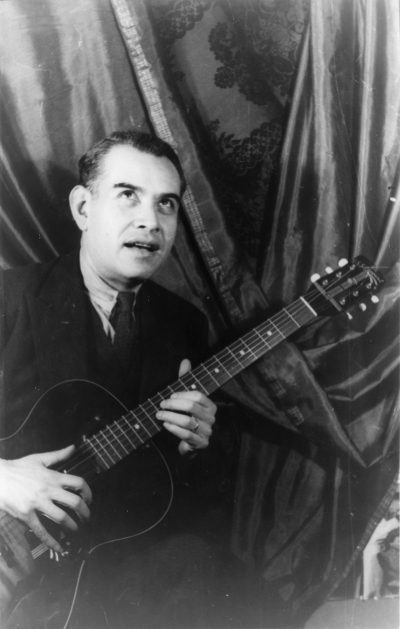 A native of Oaxaca in Southern Mexico, Rufino Tamayo's father was a shoemaker, and his mother a seamstress. Some accounts state that he was descended from Zapotec Indians, but he was actually 'mestizo' - of mixed indigenous/European ancestry. (Santa Barbara Museum of Art). He began painting at age 11. Orphaned at the age of 12, Tamayo moved to Mexico City, where he was raised by his maternal aunt who owned a wholesale fruit business.

In 1917, he entered the San Carlos Academy of Fine Arts, but left soon after to pursue independent study. Four years later, Tamayo was appointed the head designer of the department of ethnographic drawings at the National Museum of Archaeology in Mexico City. There he was surrounded by pre-Colombian objects, an aesthetic inspiration that would play a pivotal role in his life. In his own work, Tamayo integrated the forms and tones of pre-Columbian ceramics into his early still lives and portraits of Mexican men and women.

In the early 1920s he also taught art classes in Mexico City's public schools. Despite his involvement in Mexican history, he did not subscribe to the idea of art as nationalistic propaganda. Modern Mexican art at that time was dominated by 'The Three Great Ones' : Diego Rivera, Jose Clemente Orozco, and David Alfaro Siqueros, but Tamayo began to be noted as someone 'new' and different' for his blending of the aesthetics of post Revolutionary Mexico with the vanguard artists of Europe and the United States.


view all works by Rufino Tamayo