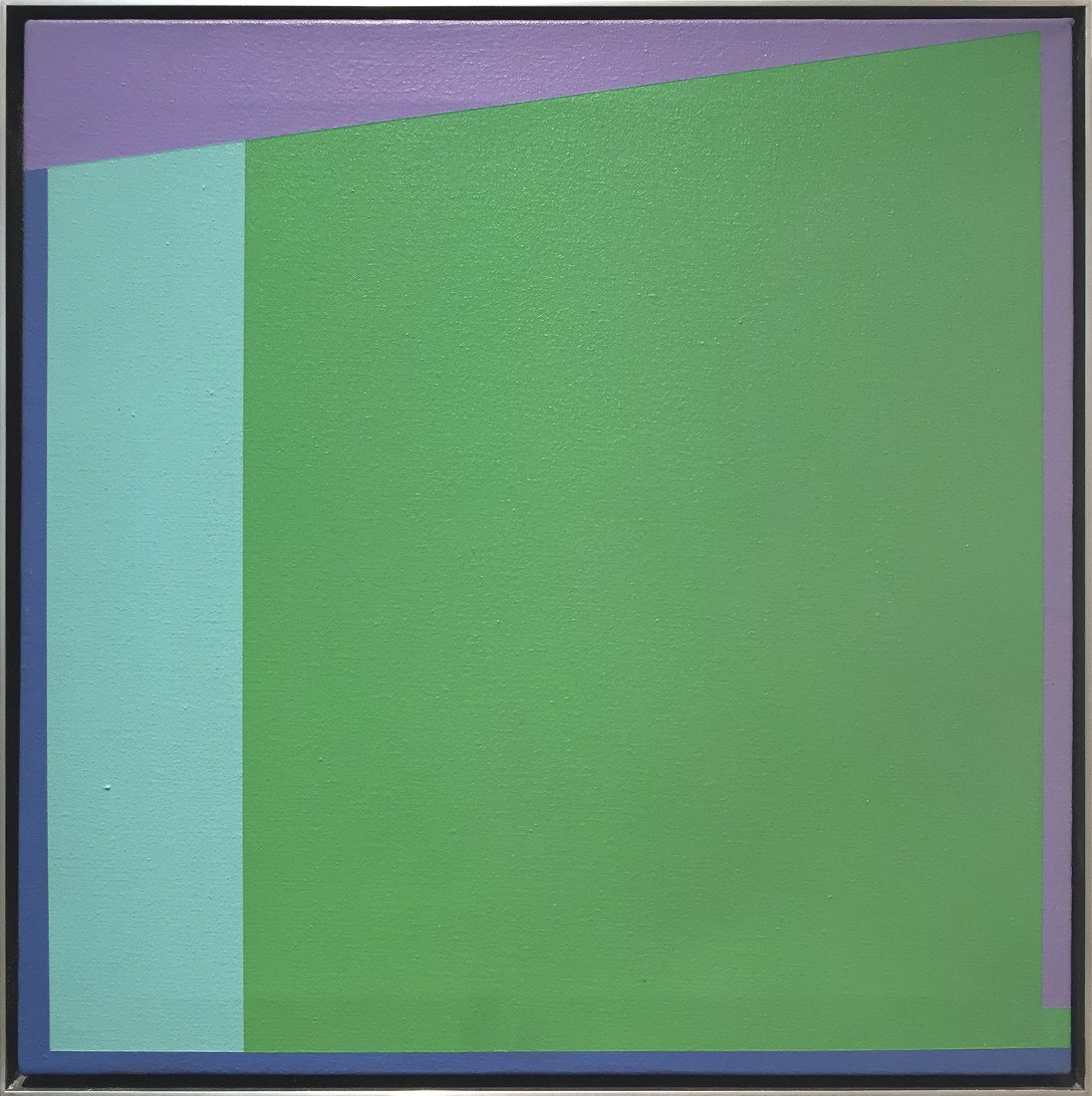 “Color talks of power, sex, lust and life. A motivating spirit that makes my mind see changing patterns of color is the music of Charles Lloyd and Miles Davis.” - Daniel Larue Johnson

Born in Los Angeles, African American painter, sculptor, printmaker Daniel LaRue Johnson (1938-2017) studied at the Chouinard Art Institute (now the California Institute of the Arts)and in Paris with Alberto Giacometti. He was closely associated with Los Angeles’s African American artist movement of the mid-20th century, which developed as a response to the country’s social, political, and economic changes. His varied body of work includes politically charged collages as well as meticulously rendered color abstractions.

Throughout the early 1960s Johnson and his wife, artist Virginia Jaramillo, traveled extensively, often spending long periods of time in New York. In 1964, Johnson was invited by John Weber to participate in “Boxes,” an exhibition at Dwan Gallery. In the show, he presented works from his “Black Box” series, assemblages of objects painted black that addressed America’s civil rights movement. One such work, titled Yesterday, an open-faced box containing a section of the American flag besides a headless doll, comments on the Sixteenth Street Baptist Church Bombing in Birmingham, Alabama.

After graduating in 1965, Johnson received a John Simon Guggenheim Memorial Foundation fellowship that allowed the couple to live in Paris for a time. Upon their return, they settled permanently in New York, and the move marks a shift in Johnson's work. The visually arresting and emotive construc­tions gave way to a more painterly sculptural practice that played up vibrant colors with glossy surfaces. Very different from the black boxes, these works, for many, seemed more aligned with the slick, hard-edge, cool aesthetic then associated with Los Angeles. He also worked on a series of public commissions, including the 50-foot "Peace Form One," which commemorates Ralph Johnson Bunche, the first African American to win the Nobel Peace Prize in 1950. Previously, Johnson created the largest Corten steel sculpture in the world, "Freedom Form #2." Dedicated to Martin Luther King Jr., the work was installed in a park in Minneapolis, Minnesota, in 1970.

Noting Johnson's relationship to Los Angeles and the other artists with whom he attended Chouinard, artist-critic Frank Bowling described his friend's sculpture "The Boy Wonder Dejohnette" (1969) as a "tulip trip through chrome-plated graveyards of California vulgarity."In other ways, Johnson's sculptures from the late 1960s into the 1970s reflect what he had always strived for in his work: utmost craftsmanship.

"Specific to his generation is the concept of art as a multi-sensory experience: not just visual but acoustic; a multi-dimensional experience involving space as well as time; the eyes, the mind, and the body.... Like jazz [Johnson's work] it contains the paradoxes of the popular and the refined, the spiritual and the visceral, channeling a rich, raw and unsophisticated vernacular of feeling into a strict formal pattern, thus relating an intuitive improvisation to a traditional structural logic. The effect, immediate and imperative as well as joyful and relaxed, is an optimistic prelude to the new decade of the seventies."


In 1971, his work was included in the historically significant "DeLuxe Show", which was one of the first racially integrated exhibitions in the United States – supported by the Menil family, also including artists such as Al Loving, Sam Gilliam, Virginia Jaramillo, Kenneth Noland and Jules Olitski. That same year, Johnson withdrew his work from the Whitney Museum’s show “Contemporary Black Artists in America,” in solidarity with the Black Emergency Cultural Coalition, the group of African American artists who initiated the exhibition. The boycotting artists claimed that the institution reneged on its promise to consult with African American arts specialists before selecting works for the show and to stage it during “the most prestigious period of the 1970–71 season.”

In 2011 Johnson's work was featured prominently in the exhibition "Now Dig This!: Art and Black Los Angeles 1960-1980." In a review of the exhibition the critic Christopher Knight noted “Daniel LaRue Johnson merged painting with assemblage, affixing fragments of a broken doll, a hacksaw, a mousetrap and rubber hose onto a large, black field of viscous, tar-like pitch. Made in the aftermath of Bull Connor's notorious Birmingham assault on peaceful civil rights marchers, Johnson injected a jolt of black social consciousness into the exalted status abstract artists then afforded to all-black paintings.”