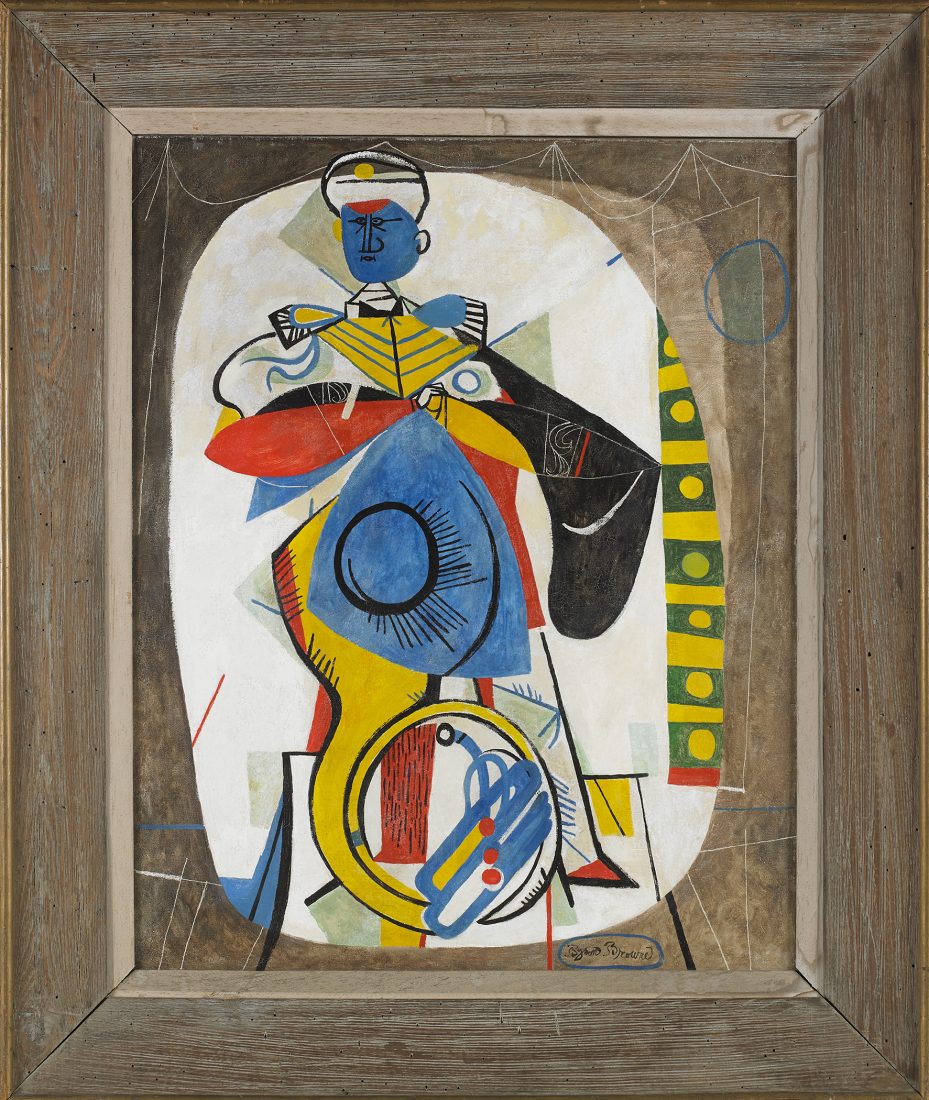 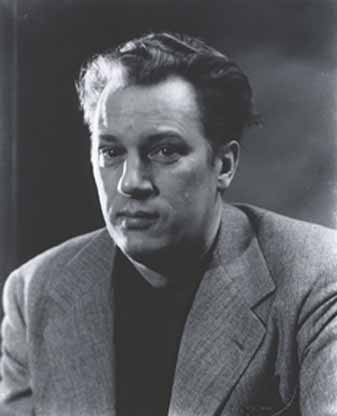 Byron Browne was born on June 26, 1907 in Yonkers, New York, and worked at a lumberyard to pay his tuition at the National Academy of Design, where he enrolled in 1925 and studied there until 1928, where in his last year he won the prestigious Third Hallgarten Prize for a still-life composition.

Yet before finishing his studies, Browne discovered the newly established Gallery of Living Art. There and through his friends John Graham and Arshile Gorky, he became fascinated with Picasso, Braque, Miró, and other modern masters and began to study Cahiers d'Art, the French magazine devoted to progressive European art. As he experimented with Cubism, Browne's conviction that abstraction represented the future of art grew. His complete break from traditional art is perhaps best expressed when in 1930 he burned several of his realistic works as a gesture against conventional painting. In 1935 he led a march protesting museums that did not collect modern work.

However, he remained steadfast in his commitment to the value of tradition, and especially to the work of Ingres. Browne believed, with his friend Gorky, that “every artist has to have tradition. Without tradition art is no good. Having a tradition enables you to tackle new problems with authority, with solid footing.”

Byron Browne was a central figure in many of the artistic and political groups that flourished during the 1930s. He was an early member of the Artists’ Union, a founding member of the American Abstract Artists, and participated in the Artists’ Congress until 1940 when political infighting prompted Browne and others to form the break-away Federation of Modern Painters and Sculptors.

The mid 1930s were difficult financially for Browne. His work was exhibited in a number of shows, but sales were few. Relief came when Burgoyne Diller began championing abstraction within the WPA’s mural division. Browne completed abstract works for Studio D at radio station WNYC, the U.S. Passport Office in Rockefeller Center, the Chronic Disease Hospital, the Williamsburg Housing Project, and the 1939 World’s Fair.

Browne’s stylistic excursions took many paths during the 1930s. His WNYC mural reflects the hard-edged Neo-plastic ideas of Diller, although a rougher Expressionism better suited his fascination for the primitive, mythical, and organic. A signer, with Harari and others, of the 1937 Art Front letter, which insisted that abstract art forms “are not separated from life,” Browne admitted nature to his art — whether as an abstracted still life, a fully nonobjective canvas built from colors seen in nature, or in portraits and figure drawings executed with immaculate, Ingres-like finesse. He advocated nature as the foundation for all art and had little use for the spiritual and mystical arguments promoted by Hilla Rebay at the Guggenheim Collection: When I hear the words non-objective, intra-subjective, avant-garde and such trivialities, I run. There is only visible nature, visible to the eye or, visible by mechanical means, the telescope, microscope, etc.”

Increasingly in the 1940s, Browne adopted an energetic, gestural style. Painterly brushstrokes and roughly textured surfaces amplify the primordial undercurrents posed by his symbolic and mythical themes. In 1945, Browne showed with Adolph Gottlieb, William Baziotes, David Hare, Hans Hofmann, Carl Holty, Romare Bearden, and Robert Motherwell at the newly opened Samuel Kootz Gallery. When Kootz suspended business for a year in 1948, Browne began showing at Grand Central Galleries. In 1950, he joined the faculty of the Art Students League, and in 1959 he began teaching advanced painting at New York University.

In addition to his career as a painter, Browne was also a teacher. He taught at the Art Students League beginning in 1948, and in 1949 he became a professor of advanced painting at New York University.