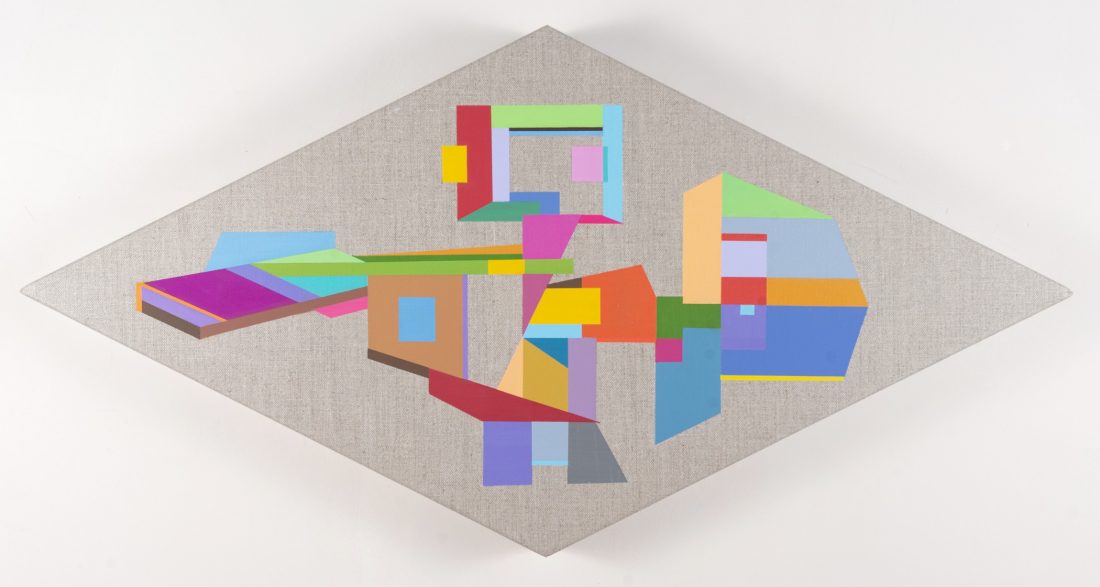 Inquire Enlarge
Capriccio XVIII
2019
14" x 28"
Painting, Gouache on clear primed linen
Signed, titled, dated verso
These small linen works are complex articulations of imaginary space through the free arrangement of geometric shapes. Spatial and architectural in nature but without gravity, they operate like a kind of visual poem. Off the grid and hinged together by a few lines, the shapes are arranged like abstract scenery emerging purely from an intuition of right proportions and formal dynamics. They follow an aesthetic strategy similar to the 18th century's imaginary architectural paintings called capriccios. The term also refers to free-form music which is perhaps more closely associated with the process of improvisation. Each shape grows dynamically and organically -- the way cloud formations might develop -- and speaks the language of contemporary dance choreography.