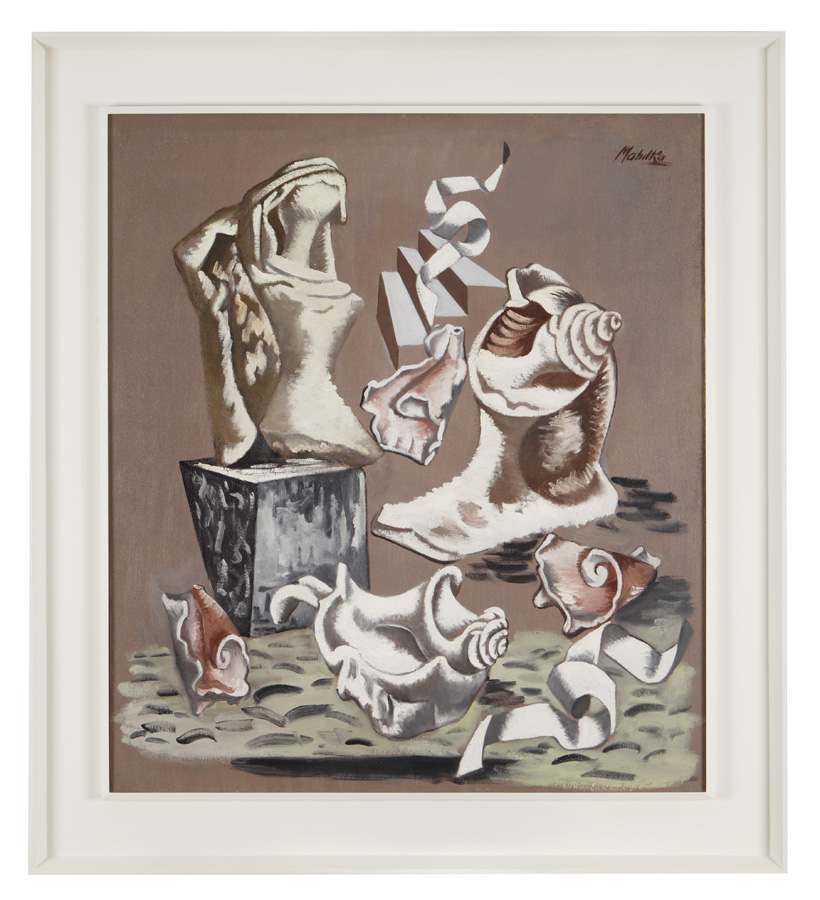 Inquire Enlarge
Broken Shells and Torso
1936
40.25" x 35.5" Framed: 50" x 45.13"
Painting, Oil on canvas
Signed upper right
Estate stamped verso
In 1936 the Museum of Modern Art mounted a groundbreaking exhibition, "Fantastic Art, Dada and Surrealism." Matulka, along with others like Arshile Gorky, found in Surrealism a meaningful outlet for his growing interest in psychological values and the abstract projection of the inner world.