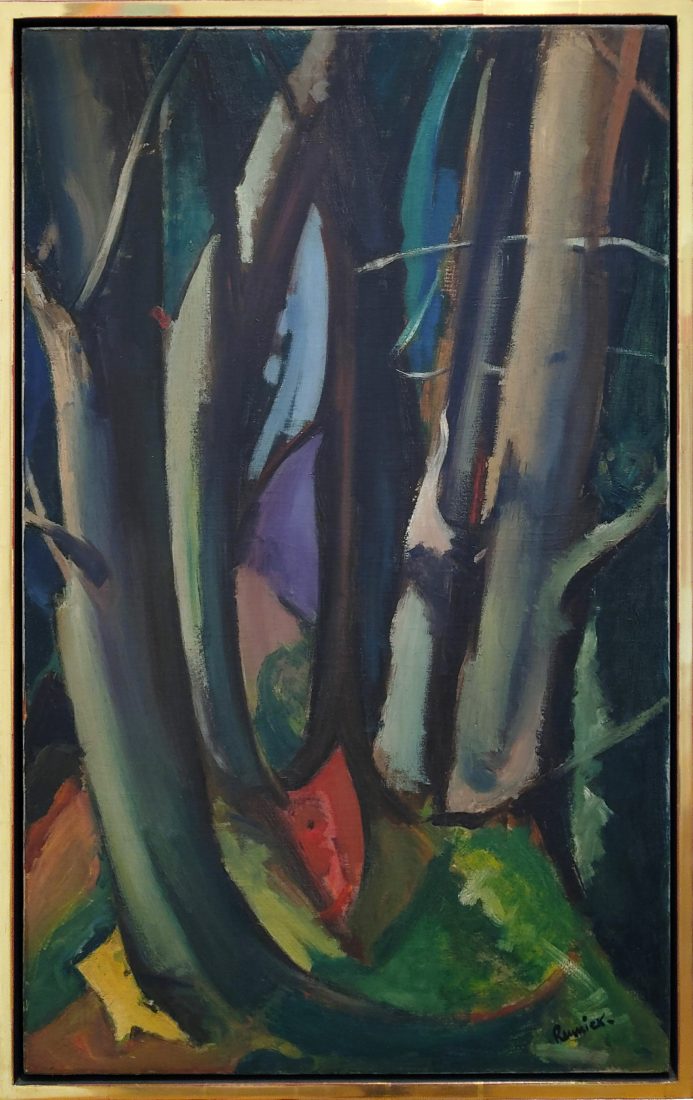 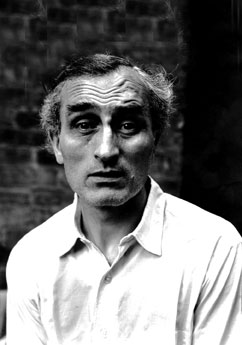 A painter, especially noted for Abstract Expressionism, Ukrainian-born Milton Resnick once wrote: . . "art need not be more than a serious but wanton game of leap-frog and that newism is not its goal" (Herskovic, 282).

Milton Resnick was born in the Ukraine and arrived in New York City in 1922 at age five. He settled in Brooklyn with his family and attended public school where a teacher re-named him from his birth name of Rachmiel and nickname of Milya to Milton. At age 14, he enrolled in the commercial art program at the Pratt Institute Evening School of Art in Brooklyn, but a teacher there suggested he switch to fine arts, so the next year he enrolled in the American Artists School* in New York City. Ad Reinhardt, future Abstract Expressionist, was a classmate, and they shared a budding interest in abstraction.

However, Resnick's father forbid any expression from his son of wanting to be an artist and faced with this disapproval of his commitment to painting, Resnick moved out of the family home in 1934 when he was 17. He supported himself as an elevator boy and continued at the American Artists School, where he was given a small studio room and each day provided with materials left behind by students attending night classes.

During the Depression Resnick was in the Easel and Mural Division of the Works Progress Administration (WPA). By 1938, he had his own studio on West 21st Street, and there was near Willem de Kooning with whom he formed a close friendship in the 1960s. However, Resnick's art career was interrupted by World War II, and he served five years in the Army, stationed in Iceland and Europe. After the War, he lived for three years in Paris, where among others, he associated with modernist sculptors Alberto Giacometti and Constantin Brancusi.

In 1948, Milton Resnick returned to New York, and used his G.I. benefits to enroll in abstract expressionist painter Hans Hofmann's school. He also took a studio on East 8th Street, near Jackson Pollock, de Kooning, and Franz Kline, and in September met artist Pat Passlof, whom he married in 1961.

During the 1950s and 1960s, Resnick earned respect for his Abstract Expressionist paintings and also was unique for being one of the few New York artists to have a large working space for large-scale canvases. In 1976, he purchased the space that served him to the end of his active career, an abandoned synagogue on Eldridge Street on New York's lower east side. It was near his wife's studio, which was another abandoned synagogue and purchased by the couple in 1963.

During his career, Resnick was also an art educator, who taught at Pratt Institute and New York University beginning 1964.


view all works by Milton Resnick