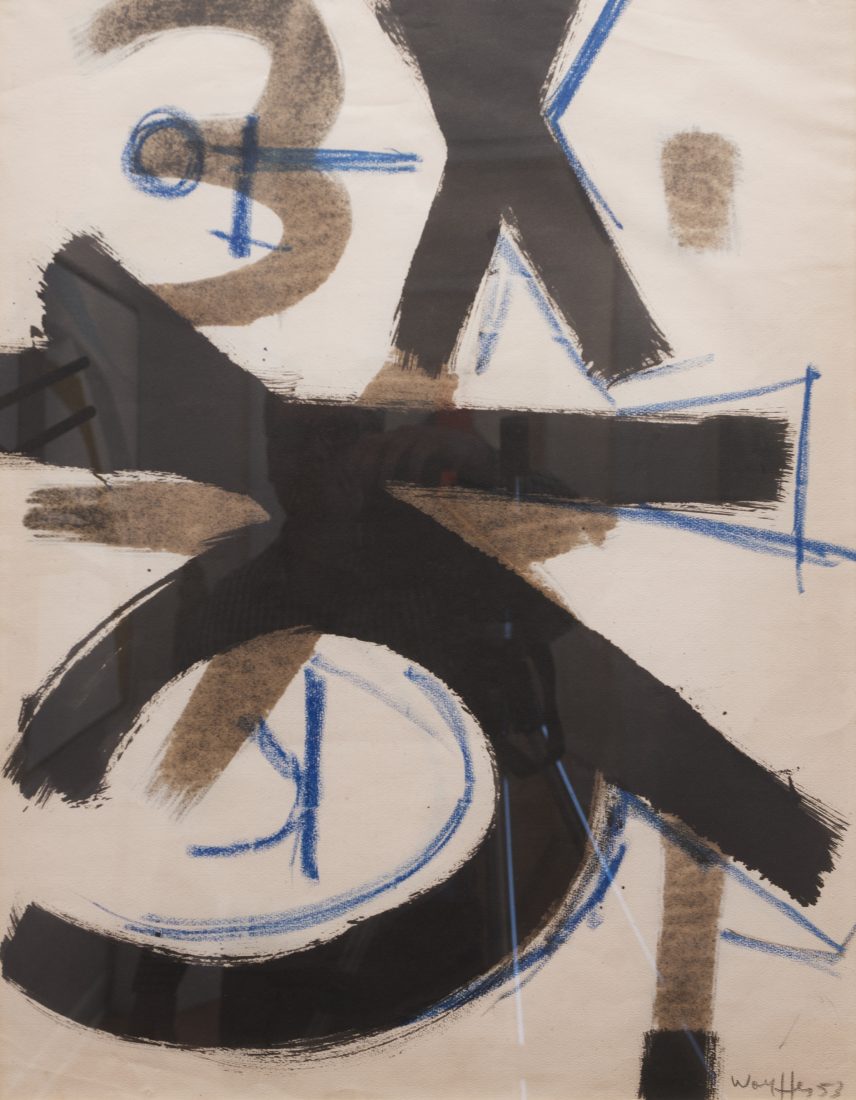 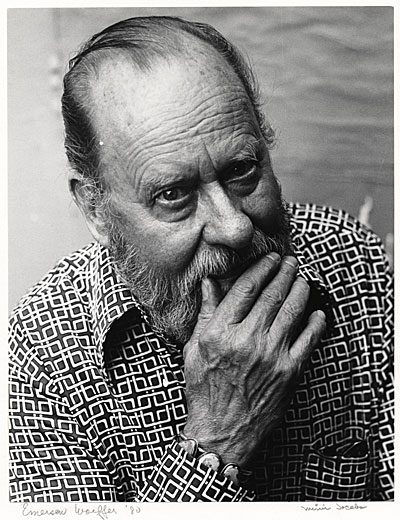 Best known for his boldly colored abstract oil and acrylic canvases with jagged forms in sometimes dense compositions Emerson Woelffler was active in this style until his later years when macular degeneration made working in color difficult. He then began using white crayons on black paper in a looser style. He was also a sculptor and lithographer and lived in both Chicago and Los Angeles.

Emerson Woelffer was a native of Chicago where he worked at the Institute of Design under Moholy-Nagy. and earned a B.A. Degree and taught there in 1942. Later he was instrumental in bringing modernism to Los Angeles where he taught at the Chouinard Art Institute (now Cal Arts) from 1959 to 1973. He also taught at the Otis College of Art and Design until 1989. Earlier he had been a teacher at Black Mountain College where he associated with Mark Rothko and Robert Motherwell. In 1967 and 1967, he went to Europe on a Guggenheim Foundation Fellowship, and in 1970, he was an artist-in-residence at the Honolulu Academy of Arts.

Retrospectives of his work were held at the Santa Barbara Museum in 1964, the Phillips Collection in 1974, and the Otis Gallery in 1992. During his lifetime, exhibition venues included the Museum of Modern Art, the Corcoran Biennial, the Art Institute of Chicago and the Pennsylvania Academy.


view all works by Emerson Woelffer