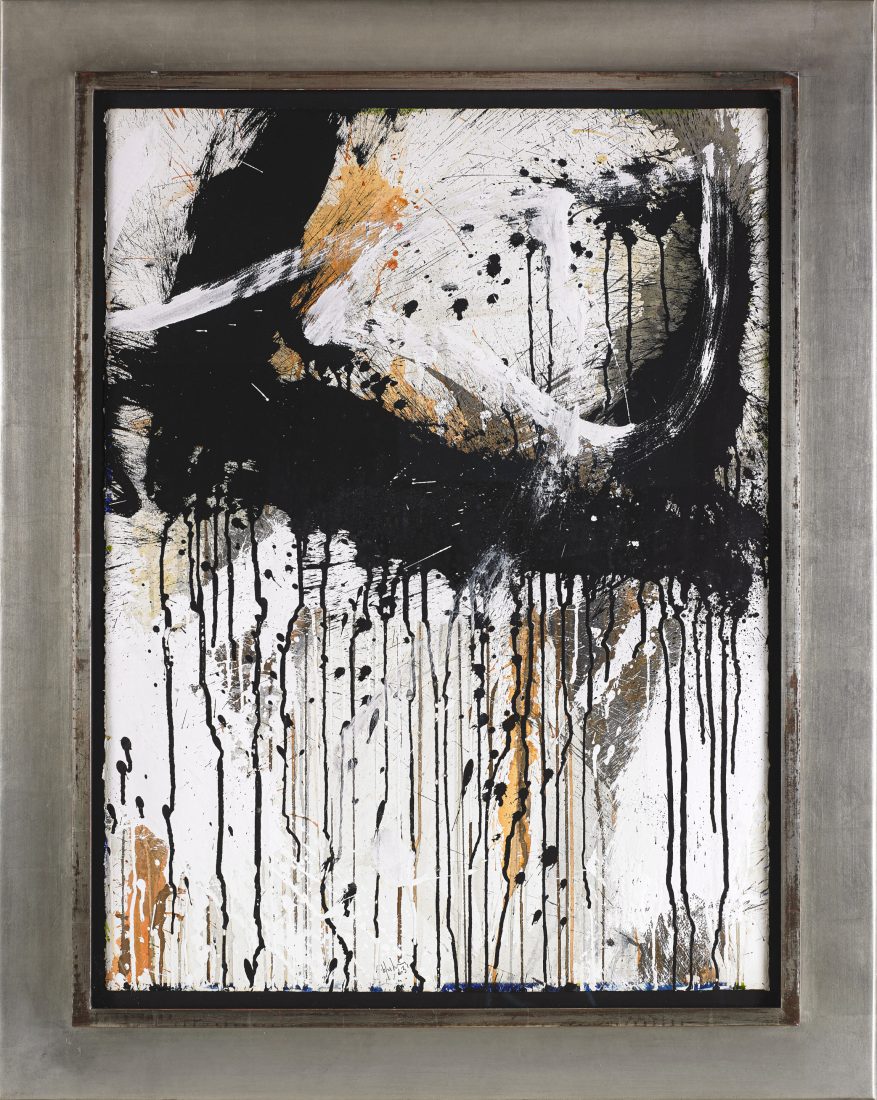 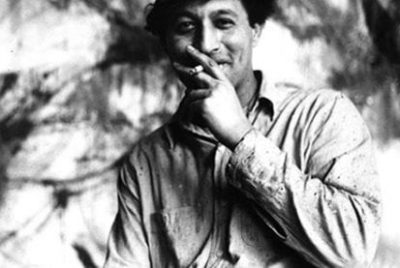 Norman Bluhm was an American Abstract Expressionist painter. Though he never achieved the same fame as his peers Joan Mitchell and Sam Francis, Bluhm was an influential figure in American art and is widely revered as a “painter’s painter.” His work employs a repetition of organic forms and semi-figurative moments within pure abstraction to create a rhythmic language with paint.

Born on March 28, 1921 in Chicago, IL, Bluhm went on to study architecture at the Armour Institute of Technology in Illinois under Mies van der Rohe.  He studied briefly in Florence before moving to Paris in 1947 to continue studies at the Ecole des Beaux-Arts. After serving in World War II, Bluhm lived in Paris and developed an interest in figurative painting.

In 1956 he moved to New York, where he began painting full time. Bluhm’s earliest paintings were figural, but by the early ’50s he had moved into full abstraction, eventually taking on its characteristically looser and more gestural style. Throughout, Bluhm maintained a passion for art history and an abiding interest in contemporary practice.

From his architectural studies, Bluhm created paintings with an abiding sense of structure, balance, and compositional technique. Also influenced by the first generation of Abstract Expressionists, he sought a style even further removed from mimesis and preoccupied entirely with surface, color, and medium. Beginning with drawing and a schema, he would build layers of abstraction to explore spirituality and eroticism through paint, altogether eschewing narrative content or figuration.

Also taking inspiration from the Impressionist masters, he once cited Jean-Baptiste-Camillie Corot and Gustave Courbet as major sources of influence: “Not in painting, in their style or in the style of their period, but in the spiritual and the light of them and certain crystal elements which Corot or Courbet each different in another way,” he said. “I tried to paint big landscapes with this kind of feeling about light."

The critic Raphael Rubinstein has written,

“What’s…impressive about Bluhm’s canny use of art history is that he is able to recapitulate and reinterpret stellar moments from the history of Western painting without ever lapsing into pastiche, the bane of so much history-conscious art.”Soon, his work was showing at the Leo Castelli and Martha Jackson galleries in Manhattan, and Galerie Stadler in Paris. From the late 1950s until his death in 1999, Bluhm exhibited regularly in group and solo shows throughout America and abroad.

In the 1960s, Bluhm was exploring relationships between swirling, loosely applied forms and unexpected arrangements of color. He used large brushes, soaked with vibrantly hued paint, and treated his work surface with enthusiasm and energy. This method produced works that were orgiastic in their dramatic intensity—bold, organically applied pigment insouciant in its application and outlook.

Critic John Dorfman called him “the greatest Abstract Expressionist painter you’ve never heard of. Or if you have heard of him, you’re part of a select group of aficionados who appreciate the multifaceted, challenging work of a painter who refused to be pinned down to any one school or style and kept working regardless of the shifting tides of the market and art-critical opinion.”

His place in the “new generation” of Abstract Expressionists links him with John Chamberlain and Joan Mitchell.

Bluhm died on February 3, 1999 in East Wallingford, VT. Today, his works are in the collections of The Metropolitan Museum of Art in New York, the Cleveland Museum of Art, and the Smithsonian American Art Museum in Washington, D.C., among others.


view all works by Norman Bluhm