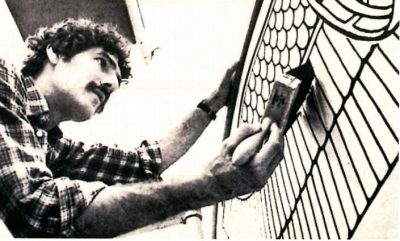 James Sicner was born July 9, 1938 in Chicago, Illinois (though most other sources date his birth in 1940). He studied at the National University of Mexico in Mexico City and the University of Colorado at Boulder. Sicner was a very successful artist, having exhibits of his work displayed in places such as New York, Paris, Rome, London, and Mexico City.

One of his largest projects was the America’s Bicentennial Collection, which was displayed in both Washington D.C. and the Denver State Capitol Rotunda in 1976.

Print for Colorado Centennial, Colorado Council on the Arts and Humanities, 1976, 1978

view all works by James Sicner