The original vase carpets have been attributed to different places by various scholars, but the most widely held view is that they came from Kerman in the 16th and 17th centuries. It is, however, speculated the original vase design carpets were from China, but in Persian hands they soon lost any sense they may have had of depicting functional flower-containers and become no more than a starting point for the elaboration of motifs that might embody ‘tree-of-life’ ideas, or may simply be elaboration of motifs that might simply be decorative flowery patchwork.  The vases themselves are in fact superfluous and reflect the retreat from pure abstraction in carpet design that occurred in Persia in the 16th century, and in many modern derivatives of the idea.

It is easy to understand why the vase carpet design has remained in production since the 17th century where different variations have been product in many of the best weaving centers such as Tabriz, Isfahan and other areas where very finely woven carpets are produced.

The vase carpets woven in Tabriz are highly sought after due to their choice of colors and excellent quality.  The palette is often soft in contrast to the highly saturated colors of those produced in Kerman and other centers.  These can sometimes be found in large format which makes them highly desirable for use in fine interiors. 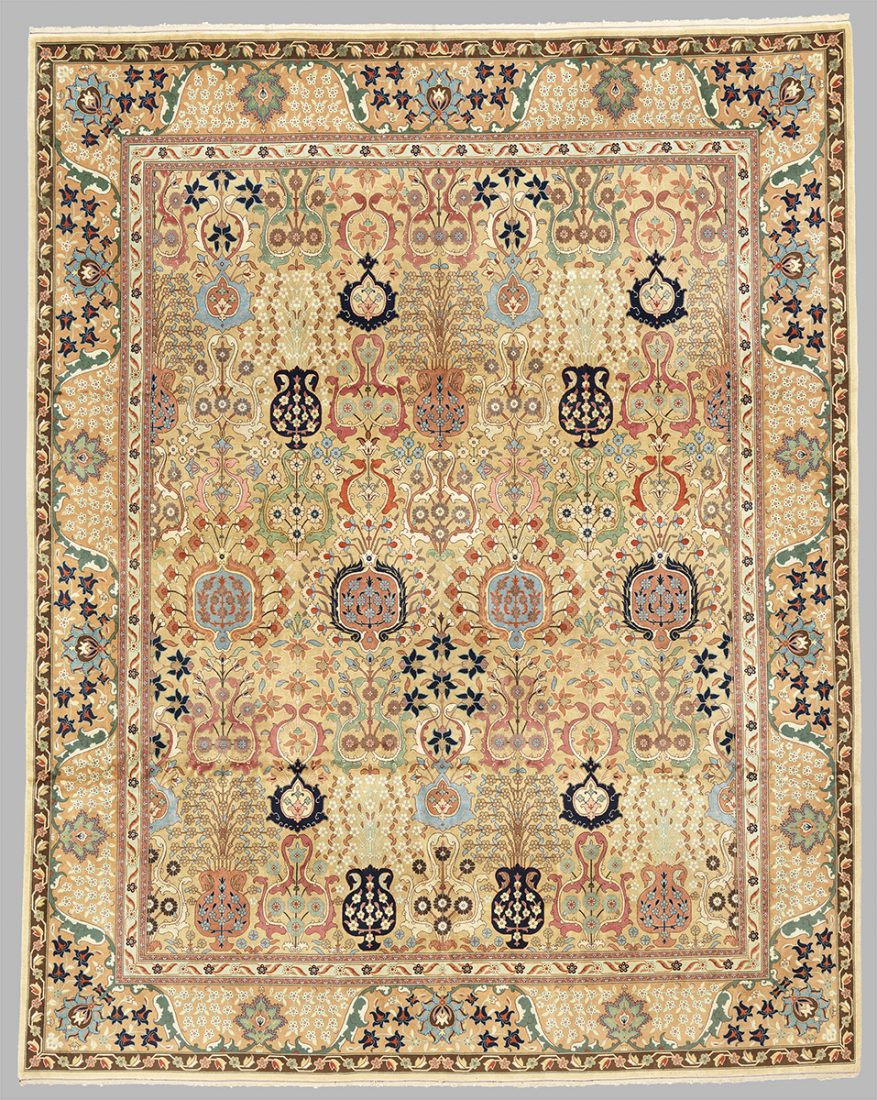