Pedro Antonio Fresquís, a santero believed to be of Flemish decent, was born at Santa Cruz parish on October 29, 1749. He married Maria Dolores Vigil in the 1760s and they had five children. He is sometimes known as the Truchas Master, after the village north of Santa Fe where the artist’s major works were found.

Works attributed to Fresquís span many years, dating up to the time of his death in 1831. He painted unusual retablo images such as the Martyrdom of Santa Apolonia, probably as a tribute to his grandmother Polonia Vigil; the Mass of St. Gregory, a panel on the small side altar of the churches at Truchas, probably as a dedication to the donor of the screen, Gregorio Sandobal (sic); and Santa Coleta.

Isidro was born to very poor parents in Madrid, in about the year 1070, of poor but very devout parents, and was christened Isidro from the name of their patron, San Isidro of Seville. Isidro spent his life as a hired hand in the service of the wealthy Madrileño landowner Juan de Vargas on a farm in the city’s vicinity. He shared what he had, even his meals, with the poor.

Isidro died on 15 May 1130, at his birthplace close to Madrid. Isidro was beatified in Rome on 2 May 1619, by Pope Paul V. He was canonized nearly three years later by Pope Gregory XV, along with San Ignatius of Loyola, Francis Xavier, Teresa of Avila, and Philip Neri, on 12 March 1622.
San Isidro is widely venerated as the patron saint of farmers,peasants and day laborers. The cities of Madrid, Leon, Saragossa, and Seville honour him as their patron. The US National Catholic Rural Life Conference claims him as its patron. San Isidro, California and San Isidro, New Mexico were named after him. His feast day is celebrated on 15 May.
San Isidro is often portrayed as a peasant holding a sickle and a sheaf of corn. He might also be shown with a sickle and staff; as an angel plows for him; or with an angel and oxen near him. In Spanish Colonial art his emblems are a spade or a plough. 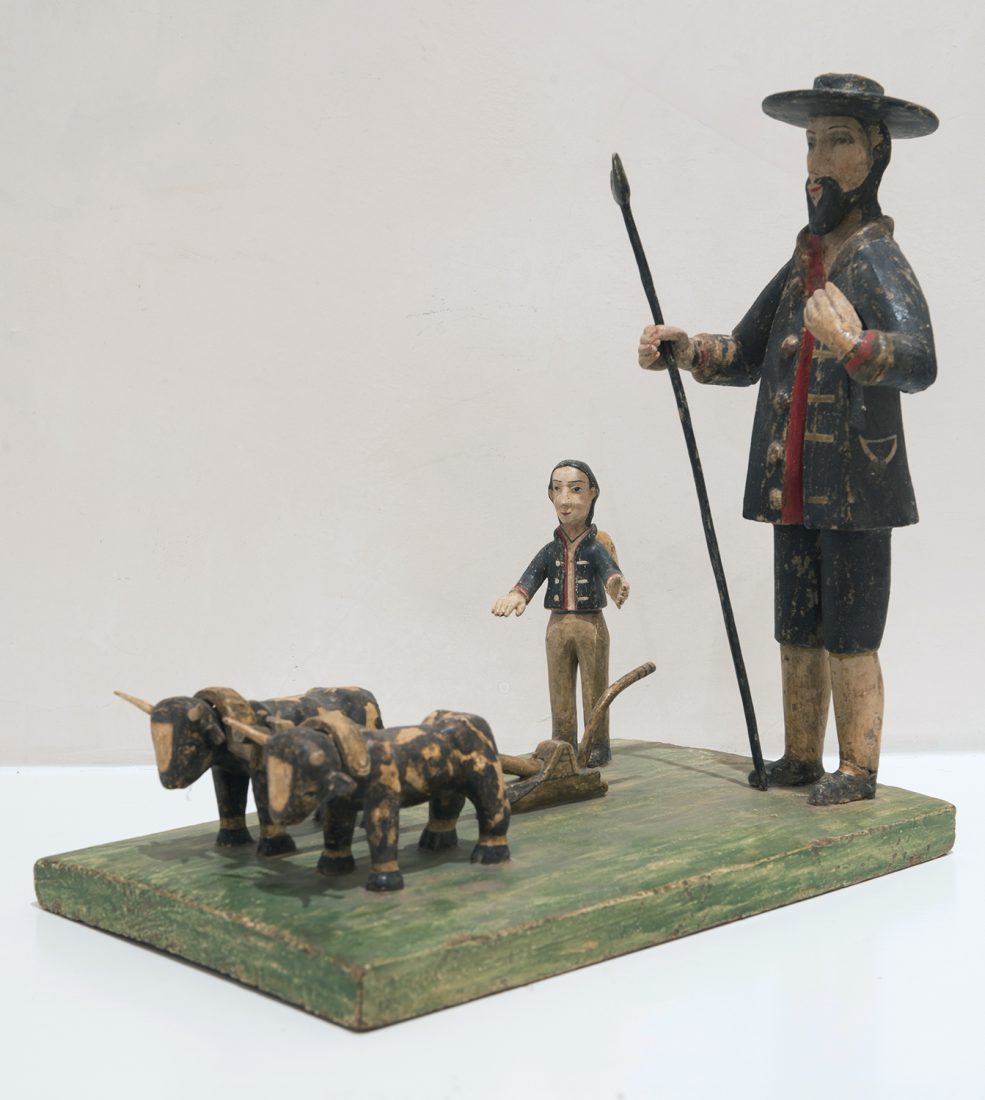