Carved from a remarkable and unbroken single piece of stone, this playful-looking canine is seen displaying a myriad of typical Tarascan features: a short and stocky tail, near-perfectly flat back, small upright ears, upward-facing eyes, and teeth and tongue exposed for all to see and fear. Four thick legs are bent underneath to provide support to the user. Carved from brown-gray basalt, this throne is the result of meticulous craftsmanship and countless hours of patient stonework. The single, unbroken piece of stone is symbolic because the seat of a chief or governor represents the desire to maintain cohesion between his people and and the gods, as well as his geo-political relationships with neighboring city-states. This particular style of coyote is indicative of work from the Patzcuaro Lake region of southern Mexico near present-day Michoacan, and many similar examples have been found in the Ihuatzio archaeological site (literally translating to “place of the coyotes”). A similar example is found in the Museo Regional de Michoacan, Morelia, Michoacan, Mexico. The piece was created at the height of Tarascan civilization and shows no trace of modern tools, this despite the fact that the Tarascans has a highly developed metal-working technology.

Flat-backed animal effigy carvings such as this served as seats for shaman-priests, and as such the animal depicted may be a wolf rather than a coyote, because the former is more likely to have been the shaman’s animal alter ego than the latter. But that may be simply transferring our own attitudes to this pre-Columbian culture. In any case the two animals are closely related and are sometimes confused with each other. In Amazonia shamans absolutely require their jaguar benches because they themselves are conceived as jaguars, so much so that without his bench a shaman cannot shamanize. The same seems to apply also to the jaguar seats of the Maya area. That may give us a clue as to the function and importance of this sculpture. 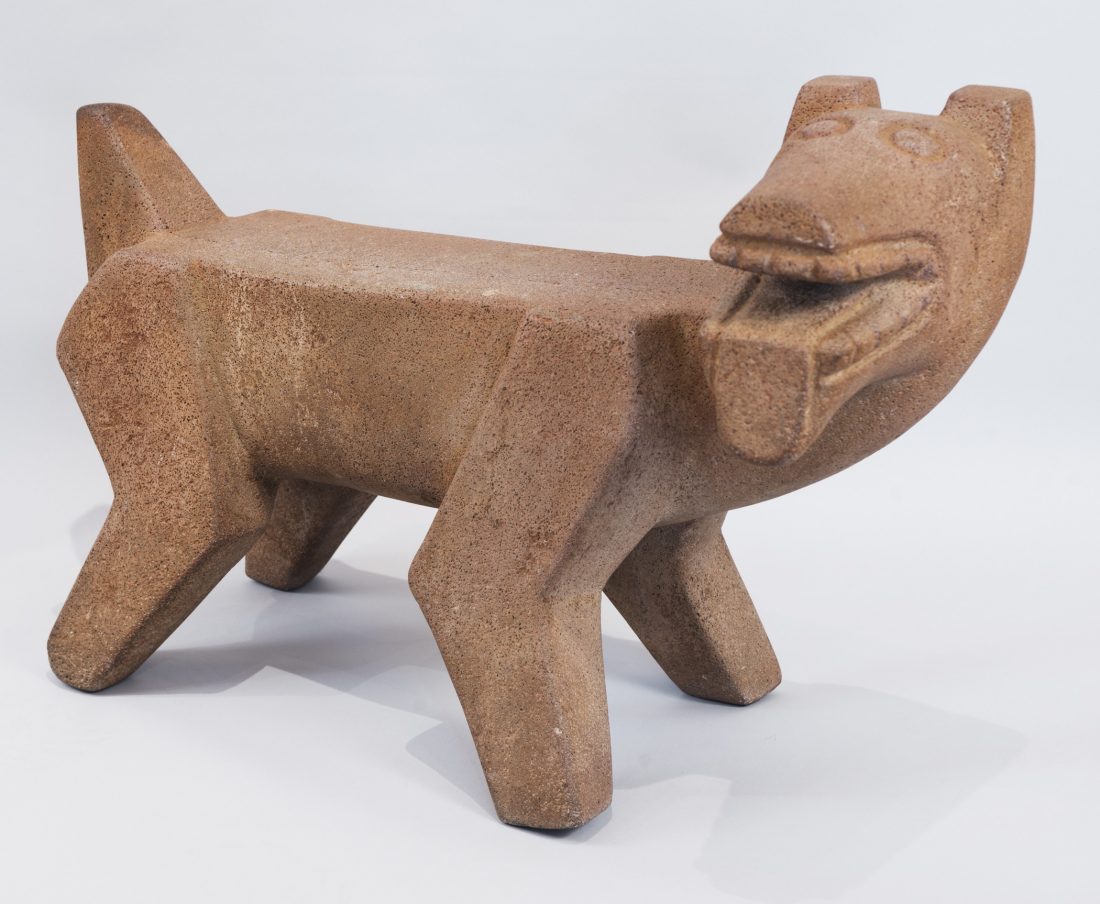