E. Oscar Thalinger was born on March 20, 1885 in Riquewihr, Alsace-Lorraine, France. His family emigrated to the United States and at age fifteen, Thalinger enrolled in the Art School in St. Louis, which later became the Fine Arts School of Washington University. There he studied painting and drawing during the day and sculpture at night.

Thalinger became known in the late 1920s and early 1930s for his images of “old St. Louis landmarks and dwellings which had lost their former glory.”

Along with other local artists of the twenties and thirties, he sought both inspiration and escape from the city’s problems. During this period he did Regionalist subjects and participated in the Ste. Genevieve Art Colony, a group of painters attracted to the picturesque town of St. Genevieve, Missouri near St. Louis.

In 1933 Thalinger was included in the exhibition Painting and Sculpture from 16 American Cities at the The Museum of Modern Art.

With this influence his work went from the social realism of the twenties and thirties, which was then dominant, to American modernism after the war. Modernism would remain his style and in 1946 the City Art Museum of St. Louis acquired his work for its permanent collection.

Much of Oscar’s  later work turned from his former more representational / modernist style towards the abstract. He never laid out a sketch before painting, preferring to work directly with his brush on the canvas. His reasoning for this method was that he did not have time to sketch while he observed; rather he preserved his impressions, which he would record later on canvas, “through color sensations”.

Thalinger painted until a stroke impaired his eyesight at the age of 78 and passed away in 1965 after suffering a second stroke. His career spanned half a century.

Thalinger was a member of the Artists’ Guild, the St. Louis Art League, the 2 x 4 Society and was President of Artists Equity.  His work is in the collection of the Saint Louis Art Museum. 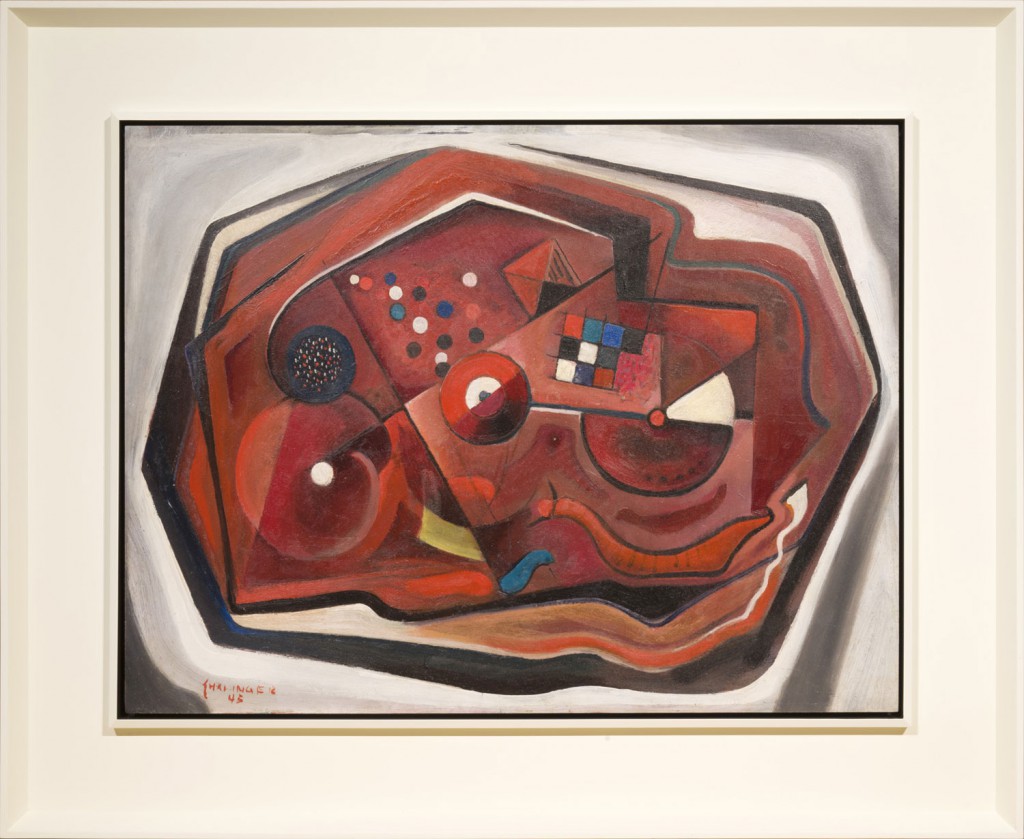