The son of Italian immigrants from the Salerno province in southern Italy, as a teenager Angelo di Benedetto worked as a truck driver in the mornings and a bartender in the afternoons to study at the Cooper Union Art School in New York City (1930-34) from which he graduated with a certificate in freehand drawing. He won a scholarship to the Boston Museum Art School where he studied for three years, beginning in 1934, with Russian émigré painter, Alexandre Jacovleff, a member of Mir Isskustva (World of Art) in St. Petersburg before the Russian Revolution. In 1936 he painted a religious mural for St. Michael’s Grove in Paterson, New Jersey. The following year he entered his first juried exhibition at the Montclair Museum in New Jersey, winning first prize and first honorable mention.

Before World War II di Benedetto traveled extensively around the United States in his car and trailer doing regional paintings. In 1941 he did what is considered the first authentic version of George Washington Crossing the Delaware, a contrast to the well-known painting on the same subject (1851) by German-born painter, Emanuel Gottlieb Leutze. During the war di Benedetto volunteered for a secret mission to Africa in 1941 before the Allied invasion, serving as director of camouflage, foreman of native laborers and an interpreter while based in Eritrea. The following year he received a direct commission as a Second Lieutenant in the U.S. Army Air Corps in the First Photo Mapping Squadron, leading groups as a guide and interpreter and doing ground control. During his free time in Africa, he sketched and painted the local population and his fellow servicemen.

Following Africa, he served as an orientation officer and aerial photographic officer for the 311th Photo Wing at Bolling Field, in the District of Columbia where he did a series of illustrated articles describing the natives in the different countries where the men of his organization were stationed during the war. In 1945 he was assigned to a mapping unit at Buckley Air Field in Denver where he served until his discharge in 1946.

Like many other servicemen stationed at the time in Colorado, di Benedetto chose to remain in Colorado impressed by the state’s physical grandeur and healthful climate. After the war, he lived briefly for about a year in Rangely, a small town in northwest Colorado where he traveled and sketched. But finding it a little too remote, he settled in the old mining town of Central City in 1947, his home base for the rest of his life. He spent his first six years there transforming the old Sauder-McShane Mercantile warehouse into a giant art studio. His initial acquaintance with the town’s mining town history in 1947 resulted in a drawing, Death of a Miner, showing a male figure buried under a pile of collapsed rock in a mining tunnel.

In 1949 di Benedetto and his wife, ceramist Lee Porzio, opened the Benpro Art School in his studio where he conducted summer art classes. The following year he teamed up with a Denver-based artist, Frank Vavra, to open the Denver Art Center at 924 Broadway. He and Vavra were founding members of the 15 Colorado Artists who seceded in 1948 from the Denver Artists Guild because they were dissatisfied with the older organization’s underlying conservatism and the disdain of some of its members for modern art. Welcoming anyone wanting to learn how to draw or paint, the Denver Art Center in downtown Denver only lasted about a year.

Undeterred by its lack of success, di Benedetto continued throughout his career to give workshops, classes, and lectures on art-related topics in Denver and elsewhere. Examples of topics ranged from subjects such as “African Art,” Chappell House, Denver (1945) and “University or Artistic Thought” sponsored by the Art for World Friendship Committee (1954). He also taught locally at the Jewish Community Center, Steele Community Center, International House, Southern Colorado State College-Pueblo, and lectured at the University of Denver. Beginning in 1969 he sponsored over one hundred youths at his studio in Central City to spend a summer learning about art. He also conducted classes for serious working artists. His efforts earned him an honorary doctorate from the University of Colorado in 1977.

He likewise promoted contemporary Colorado artists’ work in the 1950s, heading a committee that presented one-person exhibitions in a small gallery at the Vogue Art Cinema on South Pearl Street in Denver. His interest in promoting the arts led to his participation in numerous organizations. In the 1960s he became concerned with environmental and urban art and was the president of Art for the Cities, a Denver-based nonprofit organization. He also was the chairman of and a participant in the first annual environmental art exhibit held at Denver’s American Medical Center. In 1968 Colorado Governor John Love appointed him to the Colorado Council on the Arts and Humanities in which he remained active until 1975. He served for two consecutive years as program coordinator for the Governor’s Conference on the Arts and Humanities. At the 1969 conference, Governor Love presented him an award for his contribution to the art and artists of Colorado.

At the same time, he actively participated in the civic life of Central City. The town’s Police Magistrate (1955-56), he twice campaigned for mayor, first in 1966 and again in 1973, and ran for commissioner in 1979. He socialized with artists Ben Shahn, Herbert Bayer and Mark Rothko, as well as theatrical stars appearing at the Central City Opera House, including Helen Hayes, Mae West, and Gypsy Rose Lee. He invited them to carve their autographs on his kitchen table.

di Benedetto worked with equal facility in a variety of media: acrylic, oil paint, watercolor, charcoal, Conte crayon, graphic arts and metal (copper, iron). Up until the early 1950s, his output was dominated by representational figure work and expressionist Colorado landscapes that were not always immune from controversy. When Life Magazine included a reproduction of his Regionalist painting, Lovers in the Cornfield (1941) in its article, “Ten Years of American Art: Life Reviews the Record of a Lively, Important Decade” (November 26, 1946, issue), three counties in Massachusetts banned the publication. Just as immediately, the painting was exhibited in Denver. He said that he liked the West because of the people, despite their lack of exposure to art, were individualistic and almost “anarchistic.”

In the early 1950s he did woodcuts in a modernist style, including Remembrance, showing his two young daughters. Influenced by Abstract Expressionism at that time, he began considering the elimination of the image from his work. By the end of the decade, he had decided that “the circle pure and simple was one of the most familiar symbols of mankind and that it metaphored into everything.” At the same time, he noted that “99% of the abstract painters shied away from using?[the circle]. When they didn’t, they slaughtered it, murdered it and buried it. So it became my motif.”

For more than three decades he explored the circle in paint, sculpture and shaped canvas. Two examples of the last-named medium are his Red CQ and Black C-1, both from 1969. Because abstraction touched upon his deep feelings and spirituality, he felt he could make visible that part of life which “we feel but almost never see.” His fascination with the circle also relates to his belief that to effect the dialogue existing between object and maker; the artist must “create archetypal shapes [that have universal appeal], not symbols to reflect simply the intrinsic beauty of the shape itself.”

A strong advocate for public art, di Benedetto headed Art for the Cities, Inc., which sponsored nine sculptures for Burns Park as part of the Denver Sculpture Symposium held in the Mile High City in 1968. The catalysts for the idea of the sculptures were Beverly and Bernie Rosen, who had been instrumental in the creation of the contemporary department at the Denver Art Museum. Along with di Benedetto, the other participating sculptors were Dean Fleming, Peter Forakis, Roger Kotoske, Tony Magar, Robert Mangold, Robert Morris, Richard Van Buren and Bill Verhelst. The park project eventually served as a prototype for twenty-two states, bringing the sculpture to urban spaces. The sculptures reflected di Benedetto’s concept of “burden-less environmental art” with no hidden meaning for the public to decipher. His goal in public art was to “create a work which, when integrated with the site, will create a tranquil oasis, a counterbalance to the modern chaotic world we experience daily.”

Fate was not as kind to his mural, which the Colorado Supreme Court justices commissioned him to paint in 1976 for the Colorado Judicial Building from a field of twenty-two candidates. With his former student, Phyllis Montrose as his principal assistant along with three others, he spent a year and a half executing the mural. Titled Justice Through the Ages (aka Lawgivers), it depicted sixty individuals from ancient Babylon’s King Hammurabi to former U.S. Chief Justice Earl Warren. Measuring 20 feet by 180 feet, it was called at its dedication “the largest figurative mural in America.” Although for more than a generation it sprawled across the ceiling of the open-aired first floor of the Colorado Judicial Building, it was not saved when the building was demolished in 2010 to make way for the block-long Ralph L. Carr Justice Complex.

Reflecting on his distinguished career in his twilight years, he described art “‘as a type of sanity,’ an activity which allows an individual to experiment through different styles and media and to explore the intellectual and psychological aspects of his or her life.” Each time he entered his studio he was pushed to explore further, to “test his sanity.” This freedom proved crucial in the creation of his multi-faceted oeuvre.

In addition to his painting, graphics, and sculpture, he illustrated Harry Emerson Wildes, Twin Rivers: The Raritan and the Passaic (1943); Gwenyth Johnson, How the Donkey Came to Haiti (1947); and Selma March Milwitzky, Pancake Sees the World (1953). His work also was included in the G.I. Sketch Book, edited by Aimee Crane and published by Penguin Books (1944). 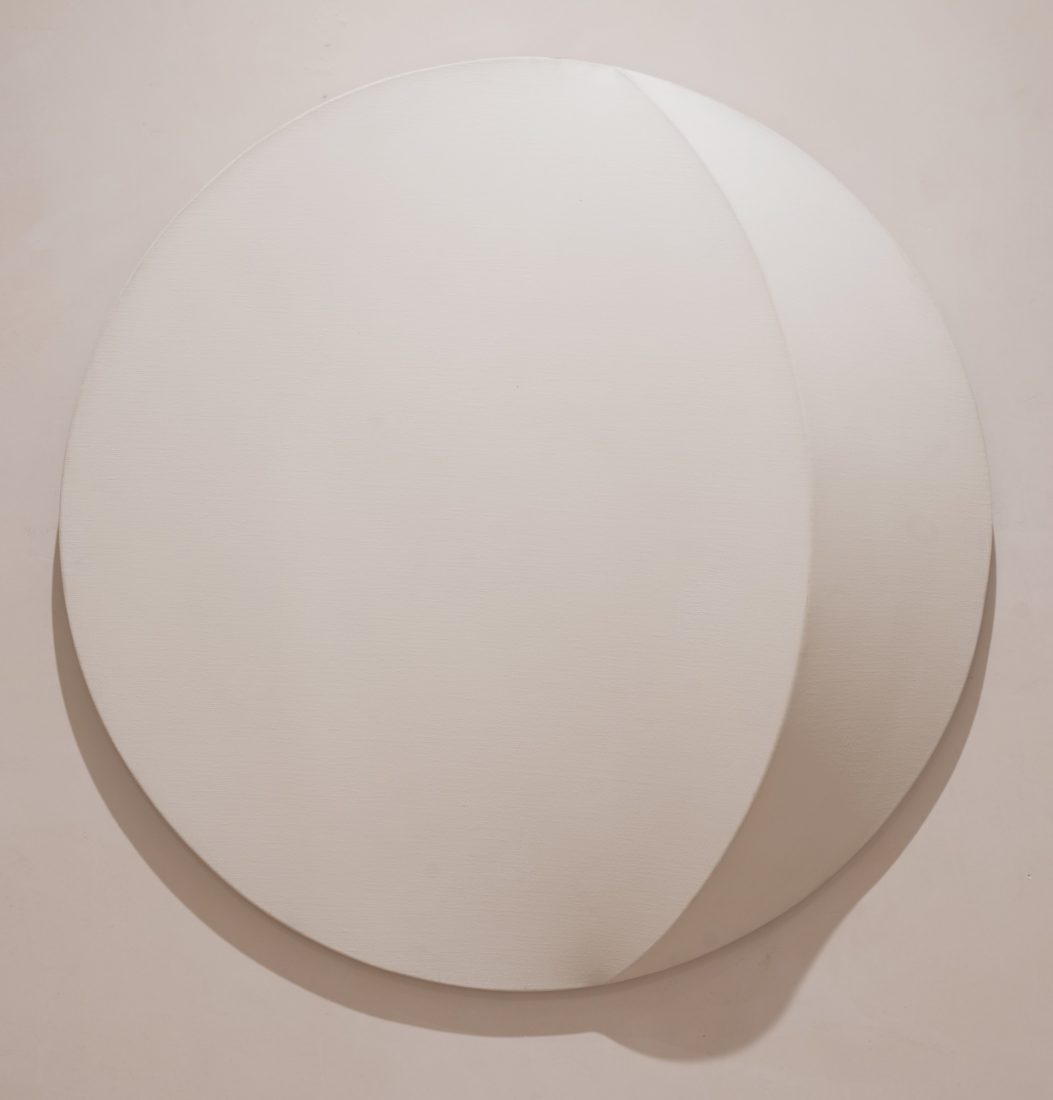