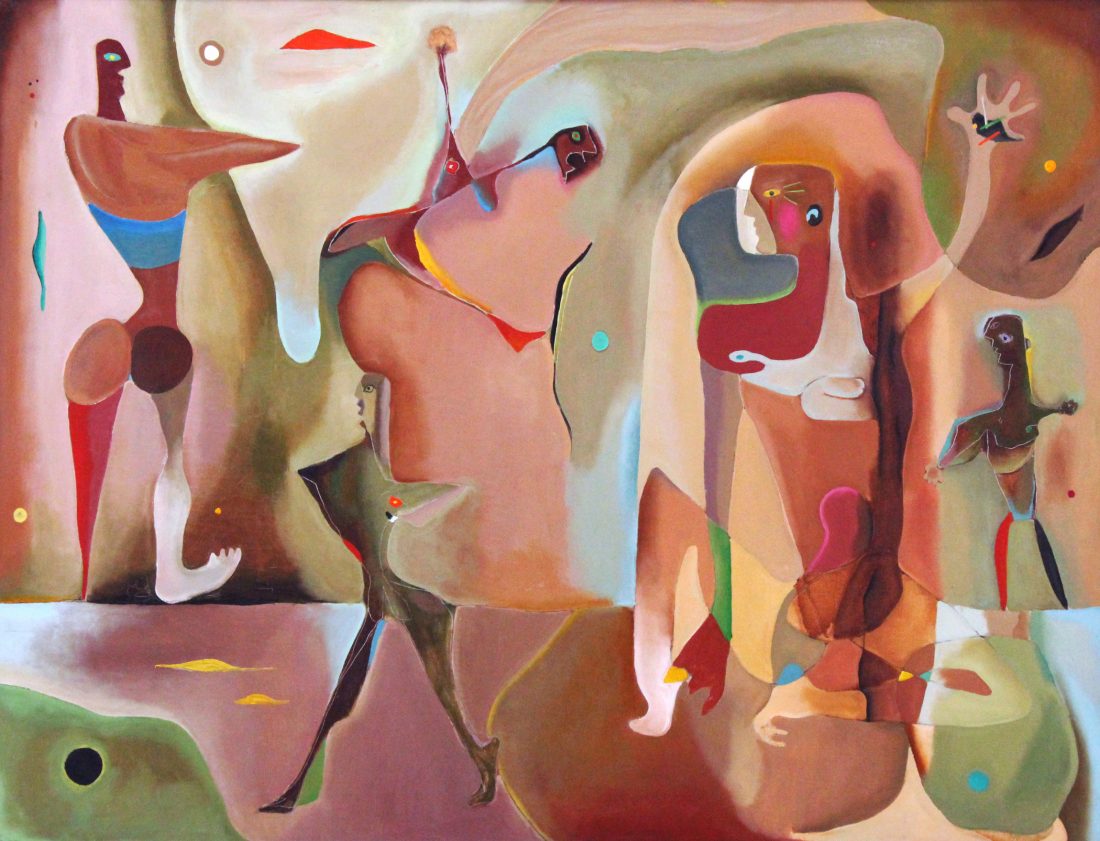 Peyton Wright Gallery is pleased to announce Peter Miller: Coming Home, an exhibition of works by this forgotten figure of American Modernism who spent much of her career in New Mexico. The exhibition commences Friday, October 1 with an opening reception from 5-7pm, and concludes November 15, 2021.

Historically, the two most important paintings included in the present exhibition are Miller’s Five Ceremonial Dancers and Three Spirits, paintings that were both likely shown in her exhibitions at the Julien Levy Gallery. Stylistically, reviewers of these shows noticed their reliance upon the works of Miró, Klee and Picasso, but they also saw that their subjects were drawn from sources in Native American art and culture. This rapport existed because of Miller’s intimate familiarity with the customs, rituals and ceremonies of the Tewa, to which she was given unique access through of her friendship with Tilano Montoya, a Native American from the San Ildefonso Pueblo who was the companion of the writer Edith Warner, one of Peter Miller’s closest friends living in New Mexico at the time.