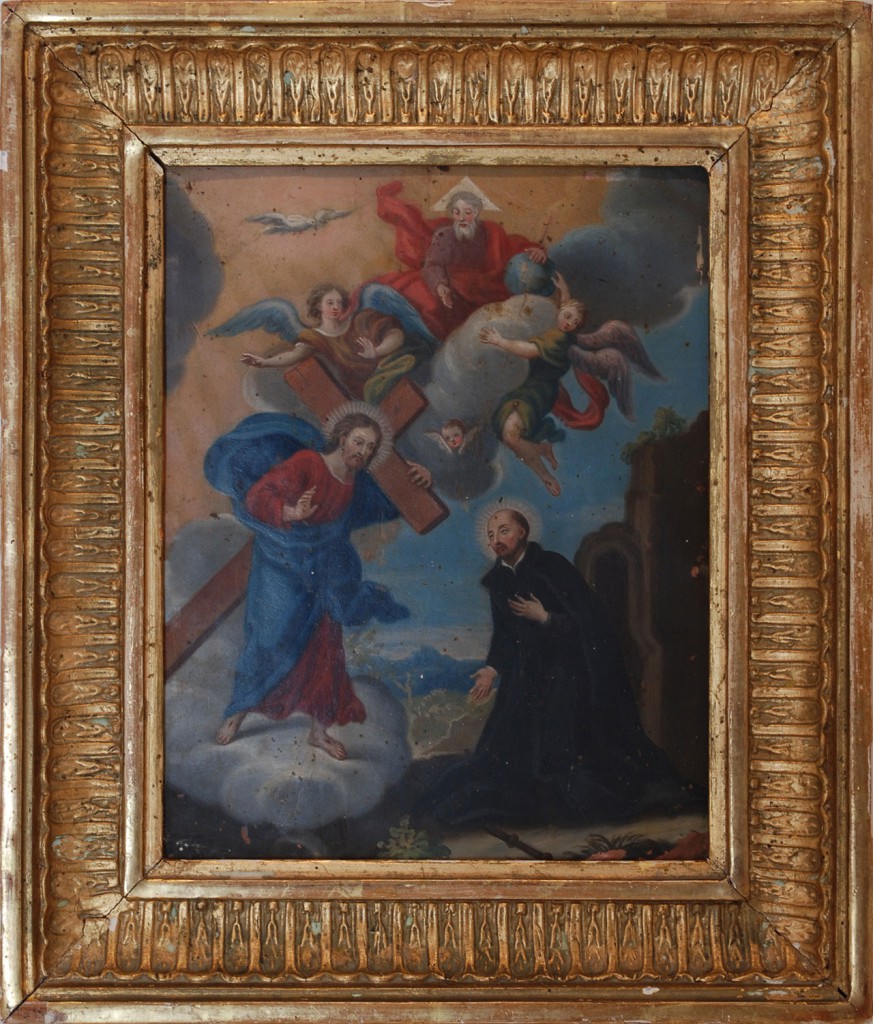 Inquire Enlarge
Vision of St. Ignatius
ca. 1750
9.25" x 7.25" Framed: 13.5" x 11.5"
Painting, Oil on copper
Region: Spain
In November 1537, Ignatius of Loyola was traveling the Via Cassia towards Rome, accompanied by Peter Faber and Diego Laynez. The group paused at a small church in La Storta to pray. It was there that Ignatius is reported to have received a vision of God the Father and Christ holding the cross. Ignatius would later report that the Father had "given him ... to be henceforward consecrated wholly to His service," and Christ spoke the words Ego tibi Romae propitius ero ("I will be favorable to you in Rome"). The meaning of the sentence was not immediately clear to Ignatius, who thought it could mean that the three might be martyred at Rome. Pope Paul III instead gave him a very friendly reception.