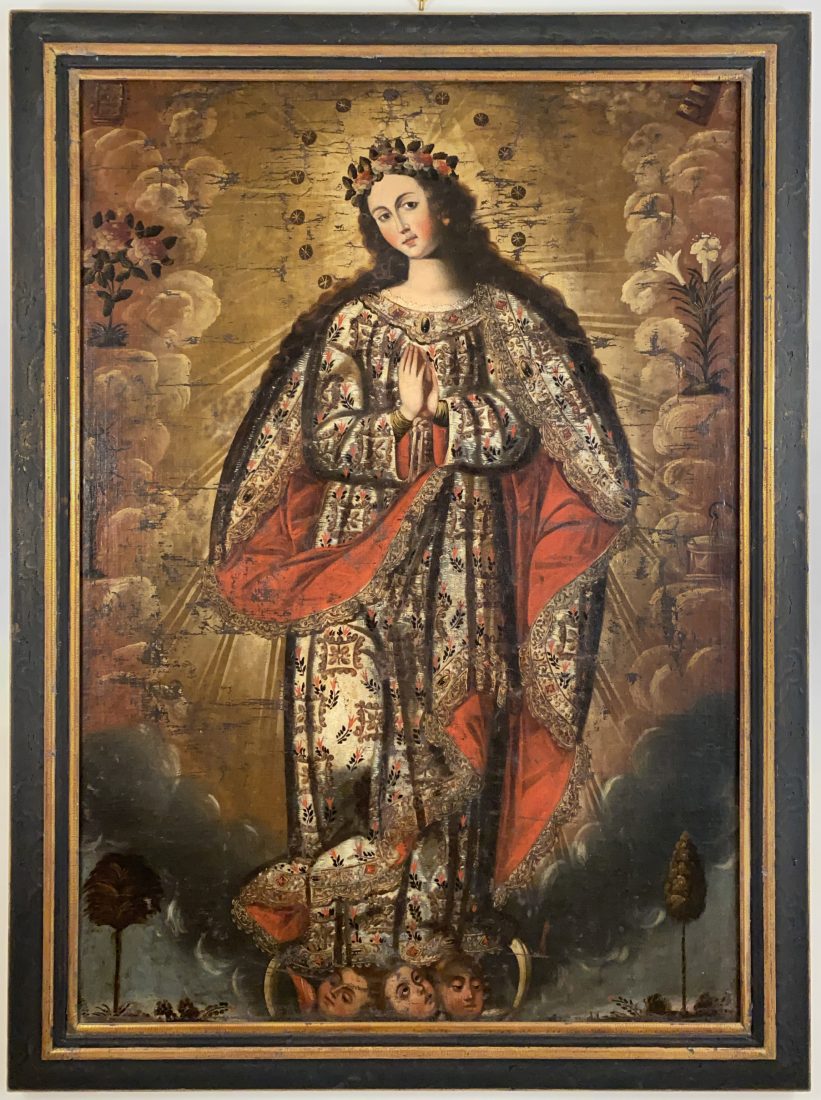 Attributed to Diego Quispé Tito
Diego Quispé Tito (1611–1681) was a Quechua painter who is considered the founder of the Cuzco School. Hiss work is done in the style of Spanish Mannerism and Flemish painting. He is believed to have learned these styles from Italian Jesuit Bernardo Bitti, who was active at the time in Cuzco. In addition, he is believed to have known Luis de Riaño in his youth, and may have derived some elements of his style from the older artist; de Riaño, a painter from Lima, had trained in the workshop of Angelino Medoro, and so would have provided another source of Italian influence.

Quispé Tito also was influenced in his work by engravings from Flanders; indeed, his best-known work, the 1681 Signs of the Zodiac in Cuzco Cathedral, is a series of copies of Flemish engravings in which each zodiac sign is tied to a parable from the life of Christ. These engravings were designed for distribution in Peru, where worship of the sun, moon, and stars was still practiced in some quarters; they were designed to encourage worship of Christ and His miracles in place of the zodiac. A further series, depicting scenes from the life of John the Baptist and dating to 1663, was also produced on Flemish models.

Quispe Tito also incorporated several personal elements into his work; most notable was his use of gilding and his depiction of spacious landscapes filled with birds and angels.

view all works by Attributed to Diego Quispé Tito