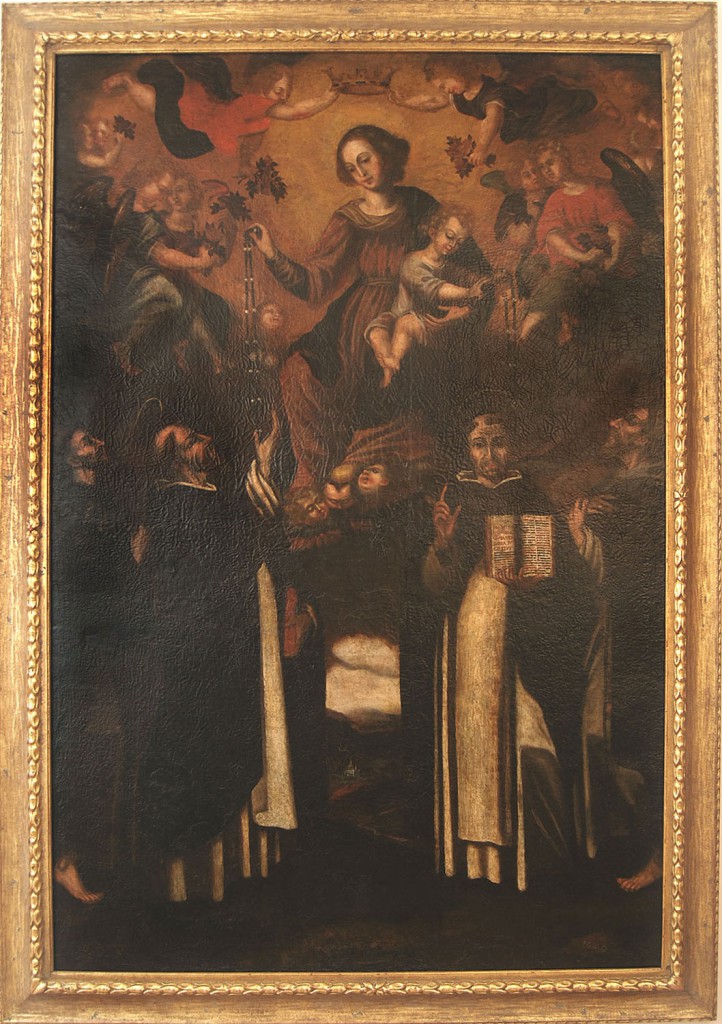 Inquire Enlarge
Virgen de Rosario
1650
87.25" x 57.25" Framed: 99" x 68.5"
Painting, oil on canvas
Region: Mexico
This work is attributed to Alonso Lopez de Herrera. Alonso López de Herrera (c. 1580-1675) was born in Valladolid and trained there before relocating to Mexico in 1608. He traveled in the entourage of archbishop García Guerra, the Philip III's appointee to the highest church office in New Spain. Under the patronato real, Spain's head of state was responsible for making such appointments, rather than the Holy See in Rome. In practice, this meant that Guerra and his painter were sent to Mexico by the Duke of Lerma.

López de Herrera was instrumental in the development of portrait-painting in New Spain, undertaking important commissions for the archbishop and executing a major series of prelate portraits for the cathedral in Mexico City. His artistic training in Valladolid coincided with the pivotal period when Lerma relocated Philip's royal court between the years 1601-1606. During this time, the leading artists in Spain, such as Bartolomé and Vicente Carducho and Peter Paul Rubens, were active in Valladolid. In essence, López de Herrera was carrying out a political as well as artistic mission on behalf of the Duke of Lerma, bringing the official Habsburg court taste to its most important American colony.