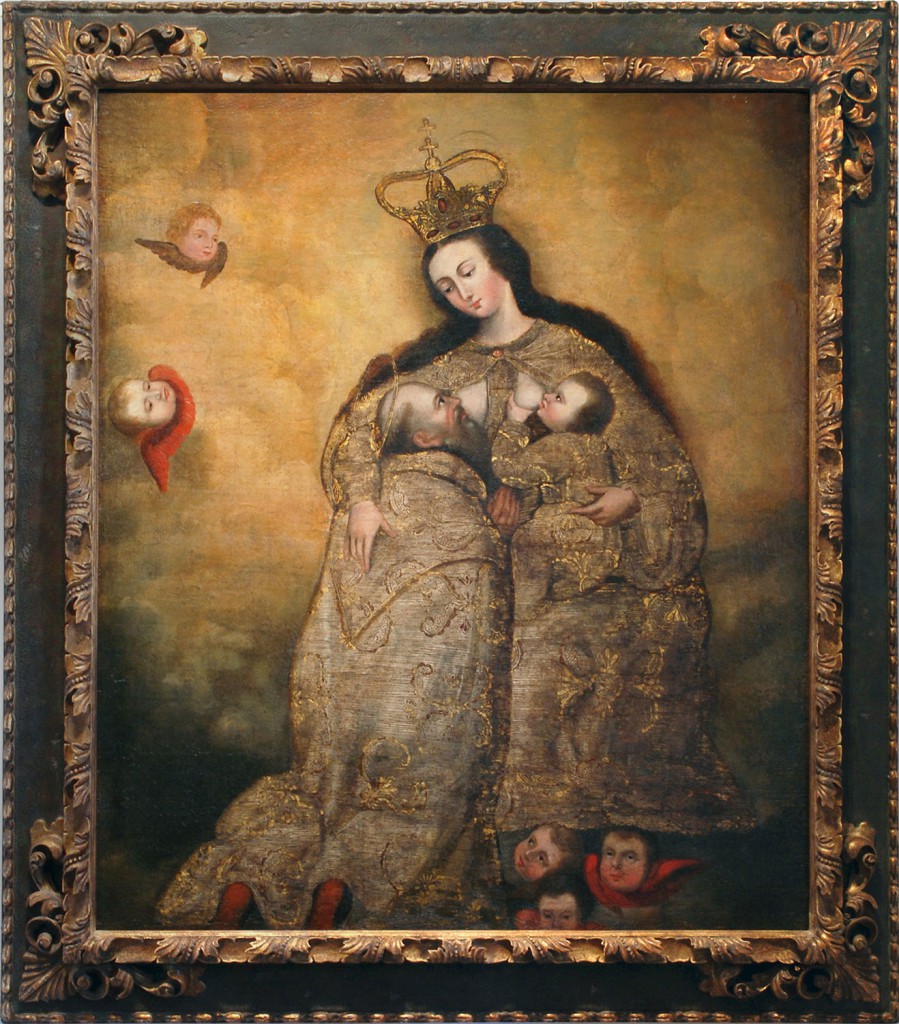 Inquire Enlarge
Virgen de la Leche
c.a. 1680
47" x 39" Framed: 55.75" x 48.75"
Painting, Oil on Canvas
Region: Cuzco, Peru, Peru
Lactation of Saint Bernard (Bernard of Clairvaux - Founder of the Abbey of Clairvoux, France - a devoted follower of the Virgin Mary) Prominent figure in 12th century Europe as a reformer and preacher of the Second Crusade. Numerous miracles attributed to him. Iconography can perhaps be attributed to Bernard's Sermon for the Sunday Following the Assumption, according to which "She bared the breast of mercy to all men so that they might all receive of its abundance, and so that the captive might be granted Redemption; the ailing, health; the afflicted, comfort; the sinner, forgiveness… So let us grasp Mary's feet with devout prayers, let us roll at her blessed feet…Feed your poor, today, Our Lady; and give us to drink from your over-abundant pitcher." This is the miracle: St Bernard was praying before a sculpture of Mary suckling Jesus. She came to life, squeezed milk into Bernard's mouth, blessing him with the taste of the same nourishment received by the Christ Child. The White habit of the Cistercian monks is a result of the drops of milk that fell on Bernard.