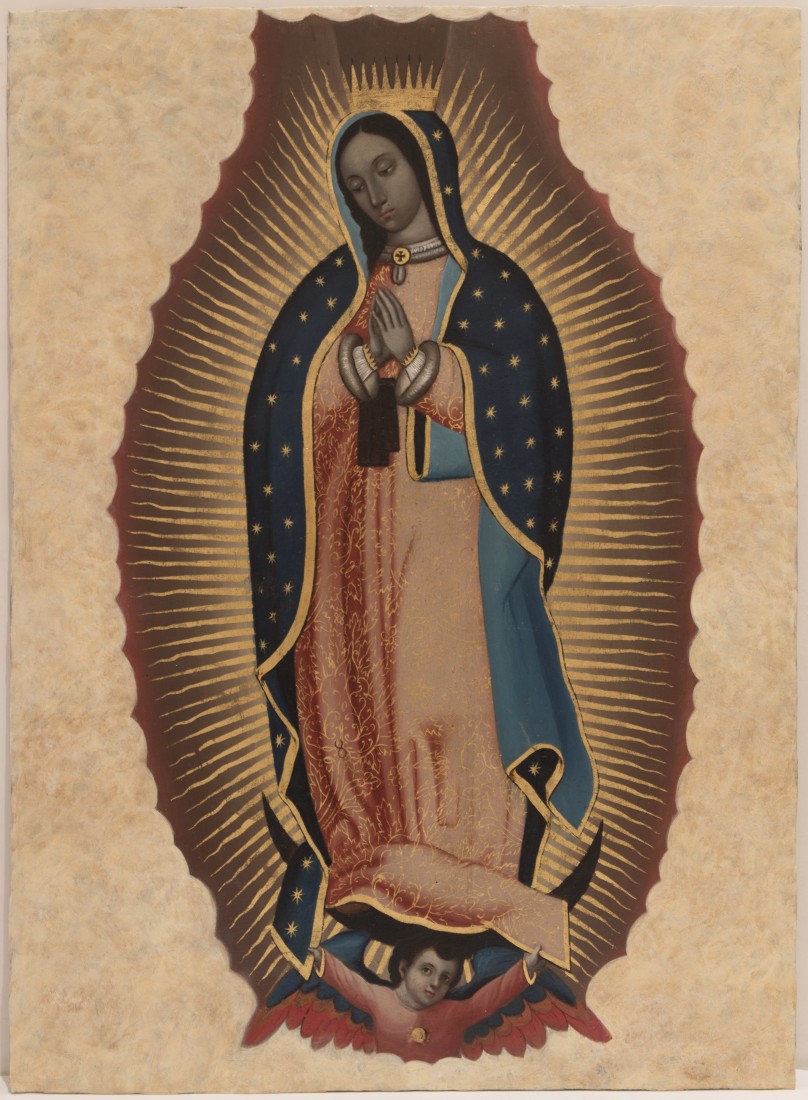 Inquire Enlarge
Nuestra Señora de Guadalupe
ca. 1750
22.75" x 16.75"
Painting, oil on copper
Region: Mexico
In December 1531, the virgin appeared to an Indian neophyte, Juan Diego.  In a series of appearances to him, she stated her desire to have a church built upon the site of her appearance, the hill of Tepeyac, just outside the Mexican capital.  The Virgin stands with a quietness and restraint later forsaken for the surge of the baroque.  Her pose is a subtle tilt of the head and a gently curving body.  Her garments are not confused with details and their softness is in harmony with her oval-shaped face.  The color scheme, a blue mantle with gold stars and trim, and a red robe enriched with gold embroidery, never deviates.  Nor does the cherub with brightly colored, Byzantine-like wings who appears beneth her.  Her Miraculous appearance was an important factor in the conversionof the Indians.  One the hill of Tepeyac there stood at the time of the conquest a temple to the goddess Tonantzin, "Mother of the People, Our Mother, " also known as Teotonantzin, "Mother of the Gods." This image of the Virgin Mary has become Mexico's most popular religious and cultural symbol, and has received widespread ecclesiastical and popular support. In the 19th century it became the rallying call of American-born Spaniards in New Spain, who saw the story of the apparition as legitimizing their own Mexican origin and infusing it with a sense of mission and identity.