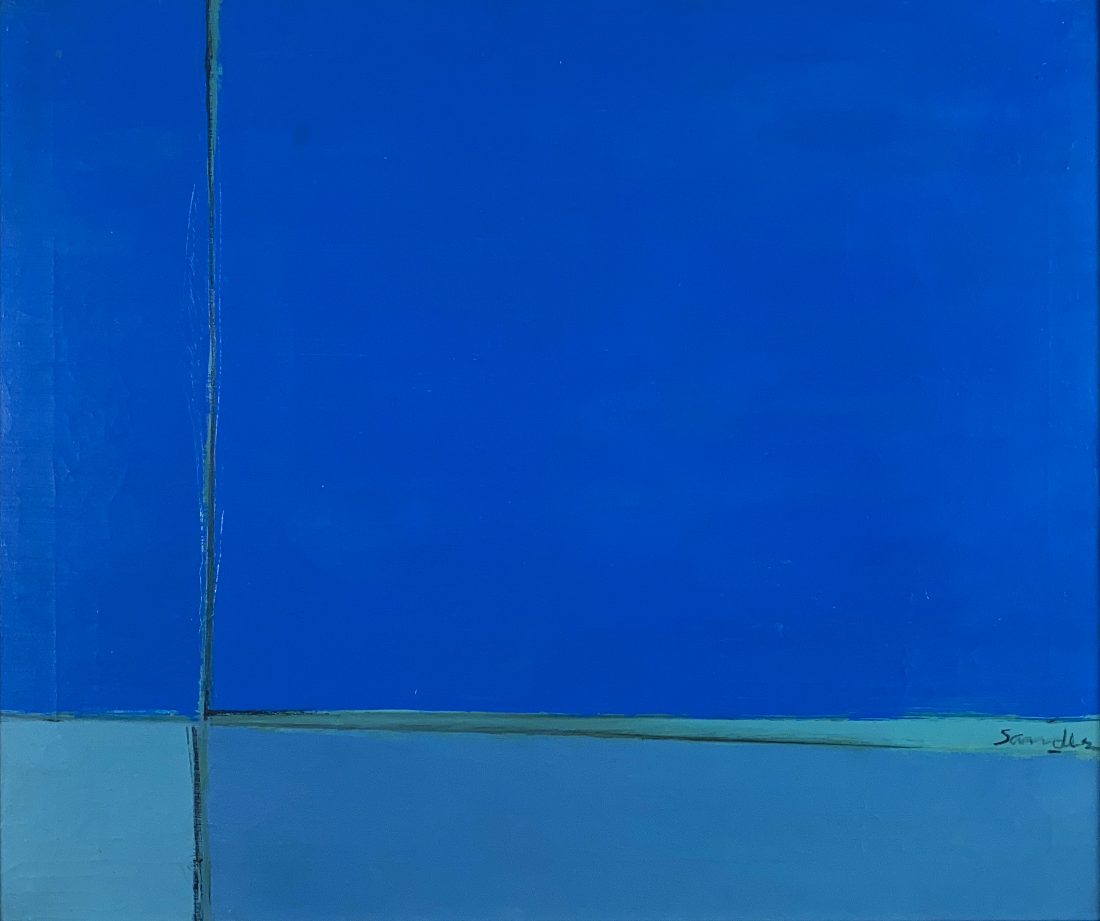 Ludwig Sander
The son of a musician, Ludwig Sander was a painter and printmaker best known for his austere, highly controlled geometric abstractions incorporating elements of color field theory.

At the beginning of his career, Sander studied with Alexander Archipenko and Hans Hofmann, the latter of whom encouraged his move away from figuration to a more abstract approach.

In 1949 he co-founded The Club, an association and discussion group for artists in New York whose sixteen members included Willem de Kooning, Franz Kline, Al Reinhardt, Conrad Marca Reilli and Jack Tworkov. Among its several non-artist members was Leo Castelli, whose New York gallery showcased cutting contemporary art for five decades beginning in 1957. In 1951 Castelli hung the now-famous Ninth Street Show in which Sander participated, the first public presentation of the group of abstract artists that soon became known as the New York School. Sander also belonged to the 10th Street Artists Group, a loose confederation of abstract artists based in New York.

Sander’s signature style is characterized by flat planes of complementary colors traversed by horizontal and vertical lines and constructed by building up opaque layers of paint within each section of the canvas. The resulting effect is calming and contemplative, radiating a cool and muted lyricism.

view all works by Ludwig Sander