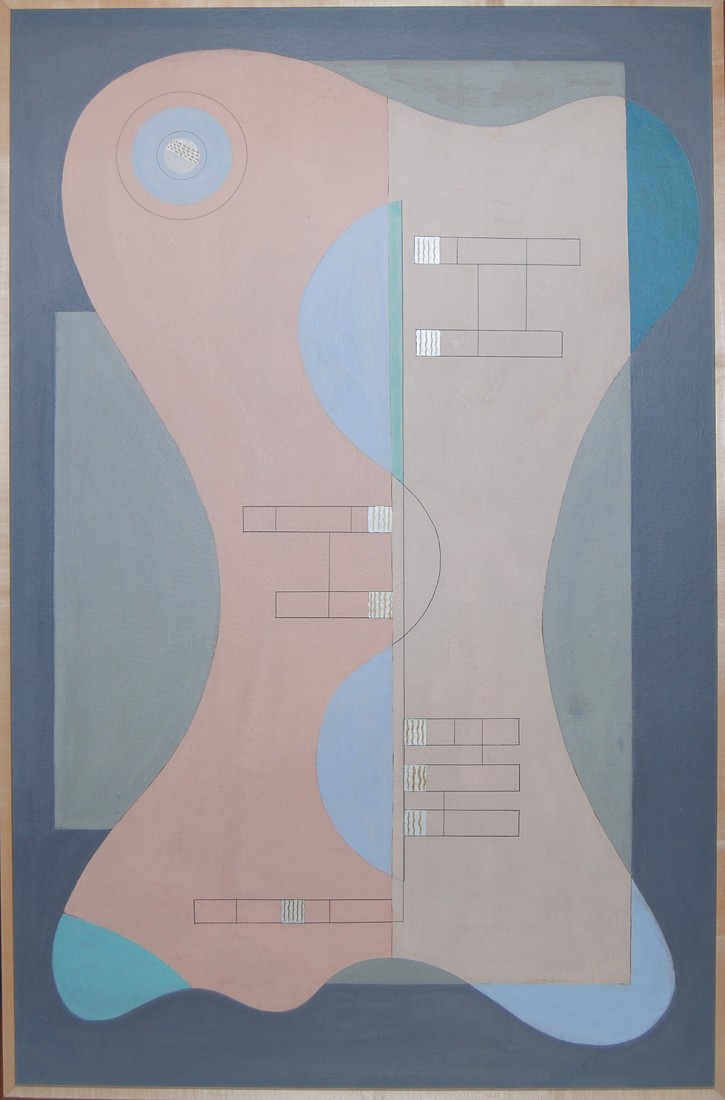 Lucia Stern
Lucia Stern (born Martha Ida Lucia Karker) was an important figure in Wisconsin progressive art. Although her formal education was in music and literature (1918-1922), she was increasingly drawn to visual art. Her early influences were Matisse and Picasso, the two giants who also influenced each other.

In 1930 she married Milwaukee lawyer-politician Erich Stern, with whom she took annual trips to Europe, each time expanding their art connections. She was a friend of many important champions of non-objective art, including eminent Bauhaus artist Laszlo Moholy-Nagy (1895-1946), who painted a portrait of her, and with whom she exhibited. Moholy-Nagy’s book on art theory, titled Vision in Motion, remained a steady influence on her.

Another friend was of Stern’s was Baroness Hilla Rebay, director of the Museum of Non-Objective Painting in New York City (later to become The Solomon R. Guggenheim Museum). Baroness Rebay collected and exhibited Lucia Stern's works at the Museum.

By 1935 Stern was working regularly as an artist. Throughout the more than five decades during which she was active, she utilized drawing, painting, sculpting, and decoupage (cut and stitched or glued fabric). She was also an early experimenter with unusual, re-arrangable, sometimes hanging, 3D compositions using cork, plastic, glass, metal foil, cellophane, Lucite, and driftwood. She created stuffed sculptures that could double as toys for children and adults. In the 1960s-1970s she began integrating architecture and projected color-light with music and human voice.


view all works by Lucia Stern