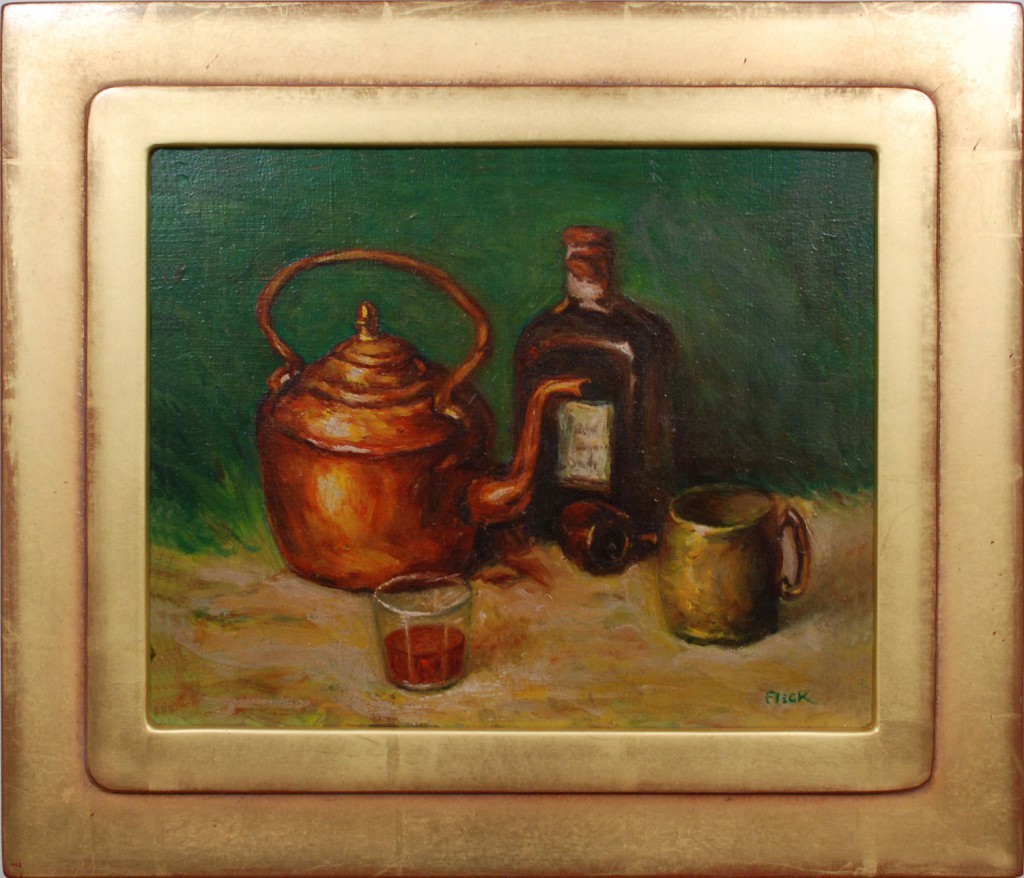 Joseph Amadeus Fleck
Joseph Amadeus Fleck was born in the village of Sziklos, in Austro-Hungary, in 1892. He studied at the Kunstgewerbeschule (Institute of Applied Arts) in Vienna, where he studied lithography, etching and engraving. Afterwards, he enrolled in the Academy of Fine Art in Vienna, where he studied under two teacher, Hans Tichi and Rudolph Bacher, who were members of the Austrian Succession Group that included Gustav Klimt. After the cessation of hostilities of WWI, he finished his studies at the Academy of Fine Art and then, several years later, emigrated to the United States.

In 1924, two years after arriving in Kansas City, Fleck saw a show put on by the Taos Society of Artists in a gallery of Kansas City. An ode to the beauty of New Mexico and its inhabitants by a group of skilled, classically-trained artists, the show moved Fleck to visit Taos in the summer of that year. He moved there one year later with his new bride, Mabel Davidson Mantz. In Taos his painting style loosened from a fairly stiff and academic approach to something more impressionistic in nature. He painted landscapes, portraits and life scenes of the Indians of the region, using oil paints and pastels.