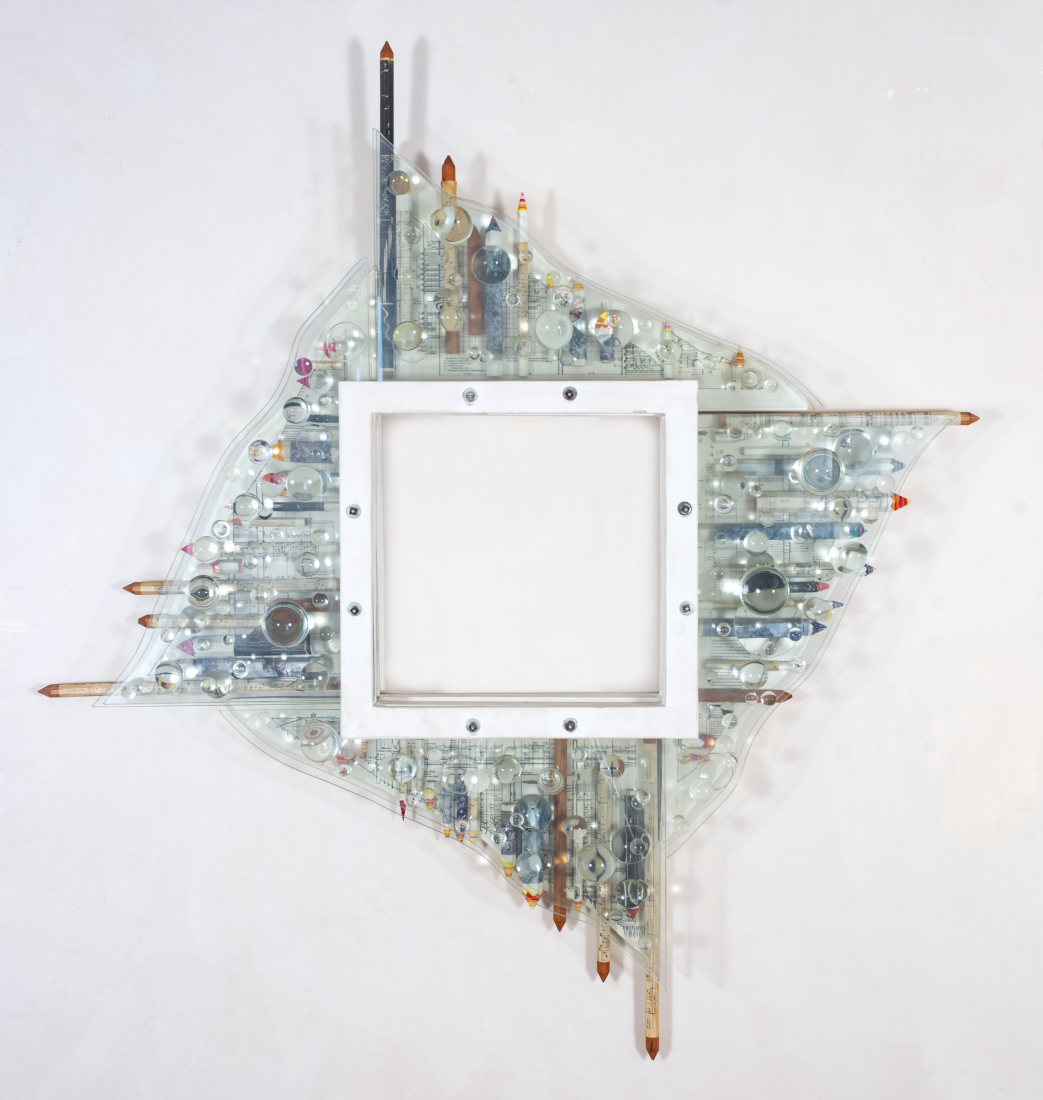 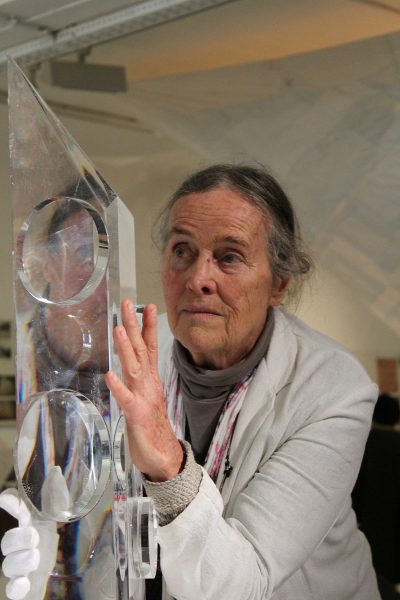 Mary Bauermeister is known for her lens boxes and other fantastic assemblages that grew out of her early association with philosophical thinkers, scientists, and musicians in postwar Germany. Born in Frankfurt, she grew up in a country devastated by war, and began to paint in 1954. In 1957, she opened a studio in Cologne that soon became a center for musical events, art exhibits, and happenings.

Among the participants was Karlheinz Stockhausen, the famous composer of electronic music, who was working at the nearby electronic music laboratory of the West German Rundfunk (radio station). He attracted composer John Cage, modern dancer Merce Cunningham, artist Nam Jun Paik, and other experimenters to Cologne. Bauermeister found herself amidst a postwar renaissance of writers, architects, and other cultural leaders. The assemblages of Neo-Dadaists such as Jean Tinguely and Arman, shown in nearby Dusseldorf, also influenced her work.

In 1961, at age twenty-seven, Bauermeister took a seminar with Stockhausen and began to apply musical theory concepts to the visual arts. Breaking down the elements of the visual world, she assigned a scale of five degrees to each: frequency of light, intensity, volume, time, and material, and designed her works with these in mind. For instance, following the example of music, in one exhibition she tried to introduce the element of time and continual change by having pieces and parts of one work distributed around the room among other works, as in Gruppenbilder (1962).

Her first one-woman show was as the Stedelijk Museum in Amsterdam in 1962. Bauermeister came to New York (and became an American citizen) when Pop Art was flourishing, but in her own work she exhibited assemblages of graduated pebbles and sand on various sizes of square boards (Progressions (1963)) and also covered a gallery floor with pebbles and sand.

Delighting in metaphysical and philosophical games concerning the nature of illusion versus reality, she began to created provocative lens-box assemblages, combining lenses with drawing, writing, painting, bones, shells, and other materials, all woven together with a fine, decorative pen-and-ink line. In these works the lenses create prismatic reflections and mysterious undulations of the objects and drawings underneath them ("Absolute Masterpiece"/peace (1969)). She may show a lens distorting something and next to it draw her view of that distorted object, then draw a hand that is in turn drawing the object. In "Poeme Optique" (1964), Bauermeister mounted lenses and drawing on movable panes of glass. As they are rotated, letter, words, and images rearrange themselves in unexpected phrases and visual paradoxes.

At the gala opening of her 1964 exhibition at New Yorks Bonino Gallery (attended by Jacqueline Kennedy and other distinguished patrons of the arts), Heinz Stockhausen gave a concert of electronic music to accompany slides of Bauermeisters assemblages. The Whitney, Hirschhorn, and Guggenheim Museums purchased her work.

In 1970, she cut up artists easels and combined them in spiral forms or sculptures that moved up staircases and around corners. Perhaps this was symbolic of the fact that art was entering a new phase, or that she and her art were going to move elsewhere.

Bauermeister married her mentor Heinz Stockhausen in the 1960s, and returned to Germany in 1972. She has five children and lives and works outside of Cologne.

view all works by Mary Bauermeister