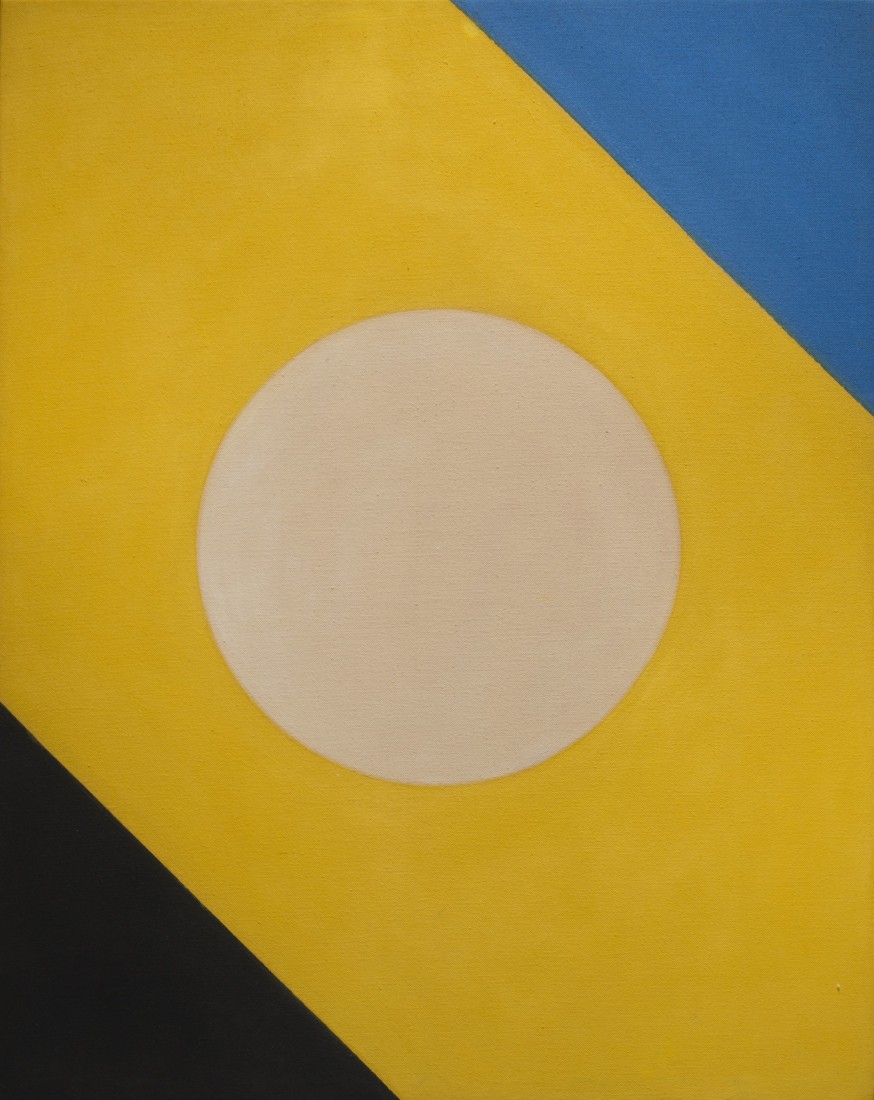 Inquire Enlarge
Untitled
1965
26.5" x 21" Framed: 27.5" x 22.25"
Painting
Signed and dated on verso
Reed’s disc paintings, ranging up to 7 by 9 feet in size, incorporate the triangle, circle and rectangle in varying color combinations. As Elisabeth Stevens explained at the time, 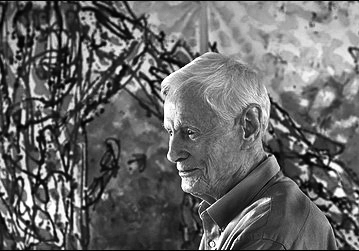 A prominent member of the Washington Color School - a group of Color Field painters who worked and exhibited in Washington, D.C.’s avant-garde art scene in the second half of the 20th century - Paul Reed was born in Washington, D.C. He studied at San Diego State College and the Corcoran School of Art. Throughout the 1940s, Reed worked in New York City as an illustrator of magazines and designer of advertisements.

While in New York, Reed visited museums and galleries, becoming acquainted with New York Abstract Expressionists and Action Painters, such as Jackson Pollock, Willem de Kooning and Franz Kline. In 1950, Reed returned to Washington to start his own graphic design business. Through his childhood friend, Gene Davis, Reed became acquainted with the works of the artists at the Washington Workshop for the Arts, including Jacob Kainen and Kenneth Noland. He also formed friendships with fellow Color Painters Tom Downing and Howard Mehring, who introduced Reed to the work of their Washington Workshop mentor, Morris Louis.

Reed’s early paintings are highly gestural and expressionistic in style, similar to Davis’ early work. In the late 1950s, he encountered the technique of staining raw canvas with pigment – a technique made possible by the invention of water based acrylic paint and becoming increasingly popular with Louis and his Color School colleagues. Reed began staining in 1959.

Over the next several decades, his work evolved through a variety of forms and compositional structures, each designed as a vehicle for the expression of ‘pure color’.

Like Mehring, Reed believed in the use of precise geometrical form as the best vehicle for the exploration of color. Reed’s best-known works employ stripes, grids or curvilinear shapes filled with luminous, transparent colors in delicate hues that overlap and bleed into one another. Throughout his career, Reed also experimented with a variety of other artistic media, including welded sculpture, photography, and print-making. From 1962 - 1972, he served as Art Director for the Peace Corps. In 1973, he began teaching at the Corcoran School of Art.

Reed began exhibiting in the 1960s at a number of Washington galleries, including the Corcoran Gallery, the Washington Gallery of Art, Jefferson Place Gallery, and Adams ‐ Morgan Gallery. A number of his works were included in Gerald Nordland’s 1964 ‘Washington Color Painters’ exhibition at the Washington Gallery of Art. His works have been exhibited in a variety of prominent museums, such as the Museum of Modern Art, the Art Institute of Chicago, and the Phoenix Art Museum. He is included in a number of private and public collections, including the Hirshhorn Museum, the National Museum of Art, and the Brooklyn Museum.