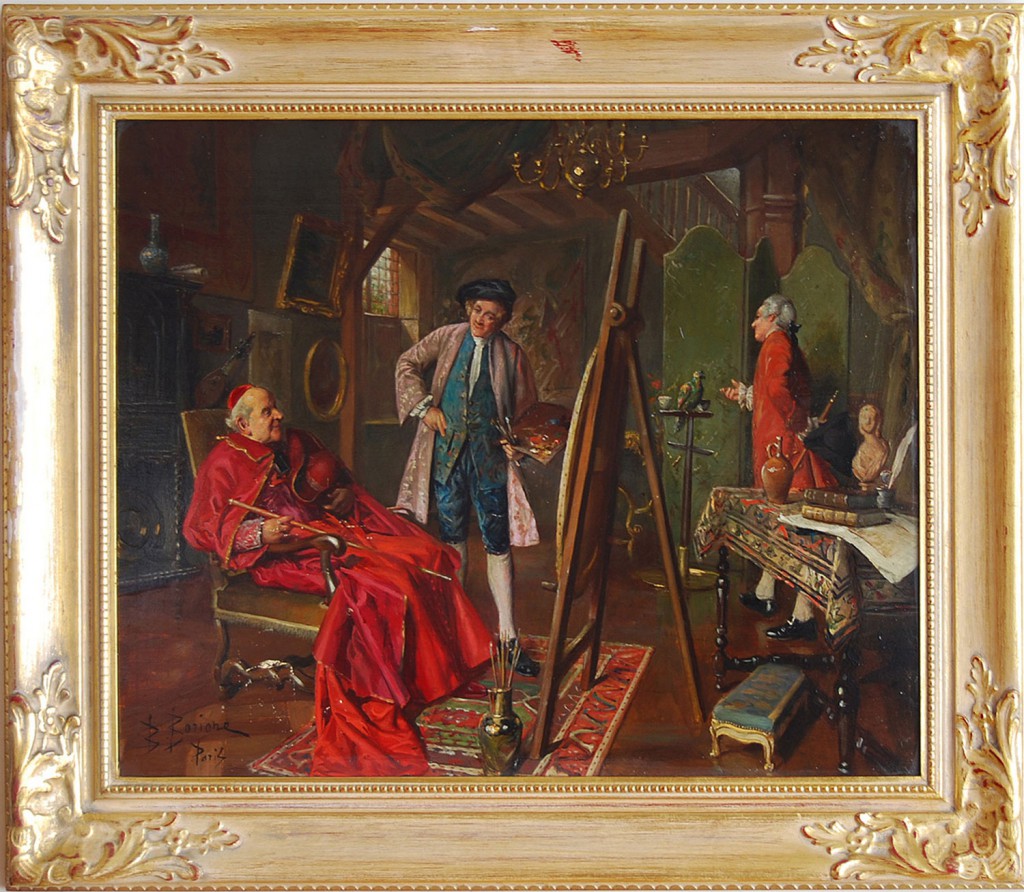 Inquire Enlarge
A Critical Inspection ~ SOLD
1885-1890
17.12" x 21" Framed: 28.12" x 27"
Painting, oil on board
Region: Paris, France
Signed lower left
Bernard Louis Borione was a French painter of genre subjects and interiors who was born in Paris. He was a pupil of his father and of the artist Évariste-Vital Luminais.

The domestic antics of members of the higher echelons of the Roman Catholic Church exercised a powerful fascination for a number of popular painters and their patrons in the second half of the nineteenth century and in this Borione was no exception. They increasingly poked fun at the clergy and delighted in portraying them in domestic dramas, showing their susceptibility to the everyday trials and tribulations familiar to their humbler flock. The intimate portrayals of everyday life are at once amusing and full of character but also highly skilful in execution.

Borione’s canvases are lavishly coloured and painted in a masterly way, accounting for his popularity which has remained constant over the years. The use of Episcopal purple or crimson enhances the artist’s palette and adds richness to an already sumptuous interior.

His works were exhibited at the Salon des Artistes Français between 1911 and 1920.