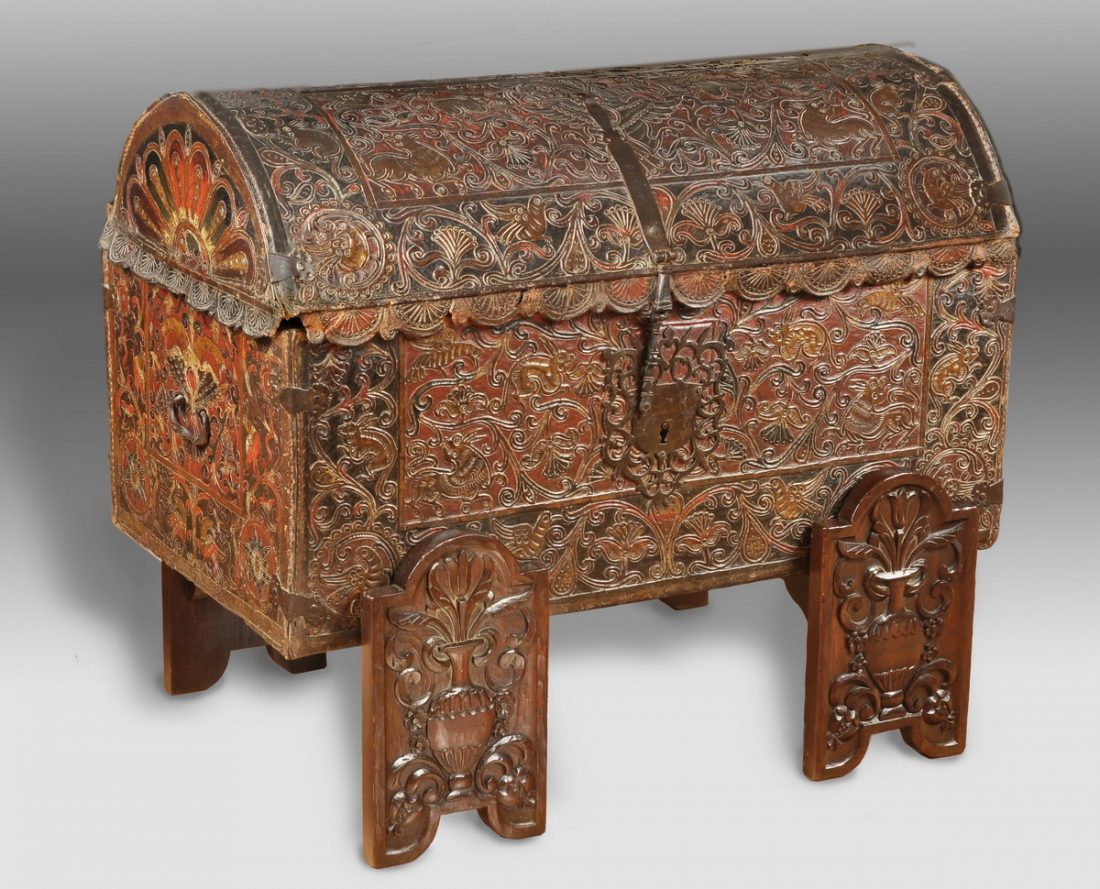 The leather panel that covers the domed lid ends on the sides and the front in a decorative scalloped flap that is decorated with bird and foliate motifs. Such
flaps were useful in directing rainwater away from the gap between the base and the lid.The iron fittings comprise an ornamental lock with a circular open-work key plate and a bolt that extends down from another decorative circular and another
elongated plate on the cover.

The manufacturing of items in decorative leatherwork was a flourishing trade in the viceregal era across South America. Leather-covered chests and trunks
were among the items most typically made. Chests such as these were used both for the storage and transport of fragile and costly clothing and cloth.
According to Rishel & Stratton-Pruitt (2006, p.130) most chests so made were based on rectangular European models but some, like the example here, were
based on a form that was pre-Hispanic in origin: the Mexican petaca which was based on the Aztec petlacilli which was a chest made of woven cane. The term
petaca came to be used all over South America for a leather truck or chest. Peru was the largest producer of quality tooled leather chests and other
containers and these were exported across South America.