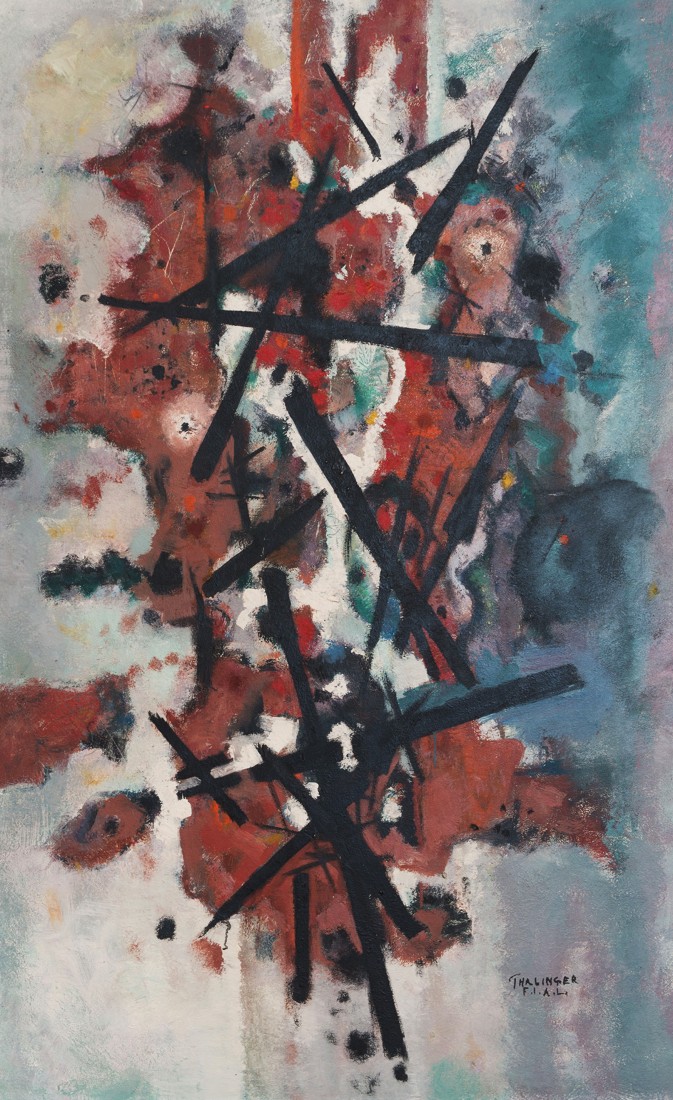 Oskar Thalinger
Oskar Thalinger's work evolved from realistic landscapes to non-objective abstract modernism. At age fifteen, Thalinger enrolled in the Art School in St. Louis, which later became the Fine Arts School of Washington University. There he studied painting and drawing during the day and sculpture at night.

Thalinger became known in the late 1920s and early thirties for his images of "old St. Louis landmarks and dwellings which had lost their former glory". Along with other local artists of the twenties and thirties, "he sought both inspiration and escape from the city's problems. During this period he did Regionalist subjects and participated in the St. Genevieve Art Colony, a group of painters attracted to the picturesque town of St. Genevieve, Missouri near St. Louis.

view all works by Oskar Thalinger