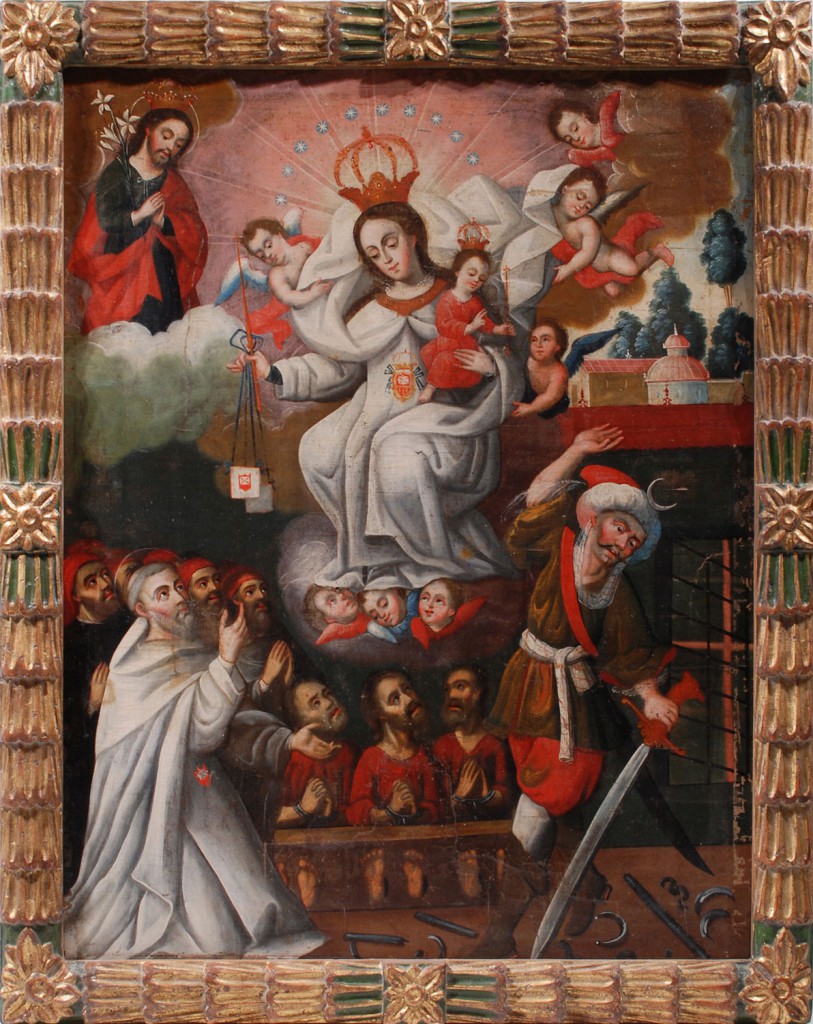 Inquire Enlarge
Our Lady of Ransom
ca. 1700
37" x 30" Framed: 43.75" x 33.5"
Painting, oil on canvas
Region: Bolivia
The Blessed Virgin appeared in 1218 in separate visions to St. Peter Nolasco, St. Raymond of Penafort and James, king of Aragon, asking them to found a religious order dedicated to freeing Christian captives from the barbarous Saracens or Moors, who at the time held a great part of Spain. On August 10, 1218, King James established the royal, military and religious Order of our Lady of Ransom (first known as the Order of St. Eulalia, now known as the Mercedarian Order), with the members granted the privilege of wearing his own arms on their breast. Most of the members were knights, and while the clerics recited the divine office in the commanderies, they guarded the coasts and delivered prisoners. This pious work spread everywhere and produced heroes of charity who collected alms for the ransom of Christians, and often gave themselves up in exchange for Christian prisoners. This feast, kept only by the Order, was extended to the whole Church by Innocent XII in the 17th century.