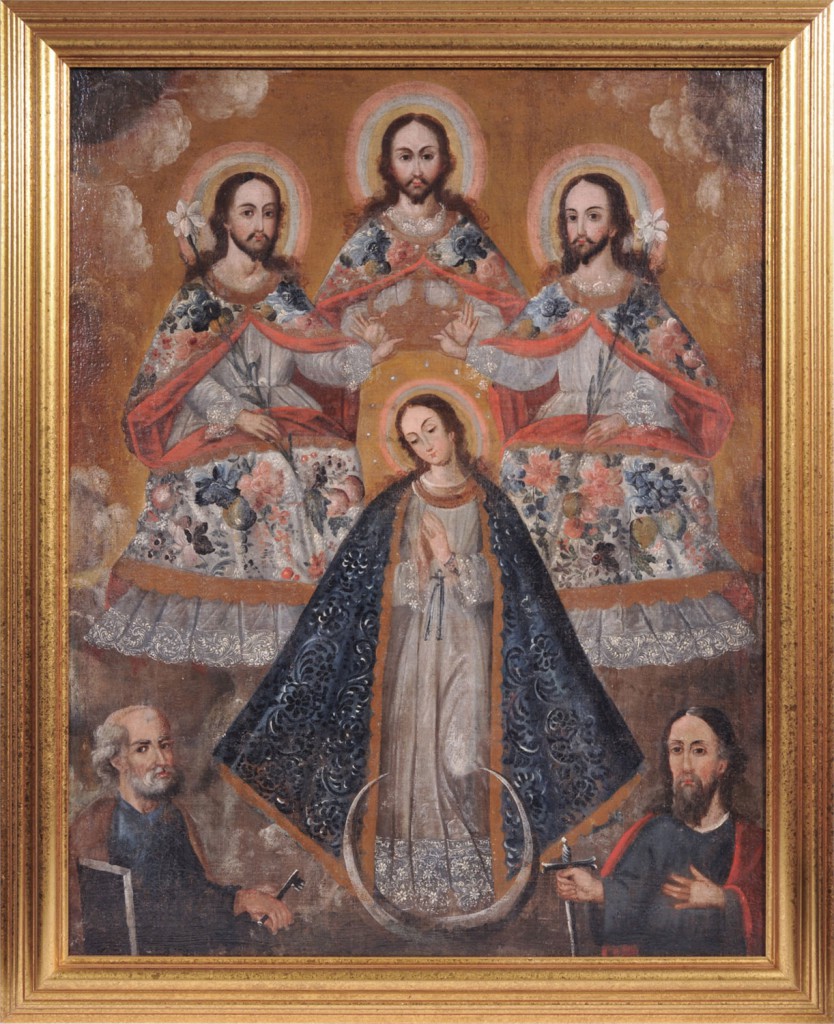 A Carmelite commission , this work compares favorably with Berrio's Carmelite "Glorification of St. Joseph" in the Museo Charcas, Sucre, dated 1737 (particularly with respoect ot he Trinity). The four Evangelists derive from series by Holguin. This work should be dated early in the career of Berrio. Rather than the hermit St. Paul (typically identified by his attributes of a bread loaf and reen garment), the prophet Elijah is suggested, the founder of the Carmelite order who dwelled as a hermit on Mount Carmel.

The Coronation of the Blessed Virgin Mary is the fifth of the Glorious Mysteries of the Rosary (following the Assumption, the fourth Glorious Mystery) and therefore the idea that the Virgin Mother of God was physically crowned as Queen of Heaven after her Assumption is a traditional Catholic belief echoed in the Rosary. This belief is now represented in the liturgical feast of the Queenship of Mary (August 22), that follows closely after the solemnity of the Assumption (August 15).