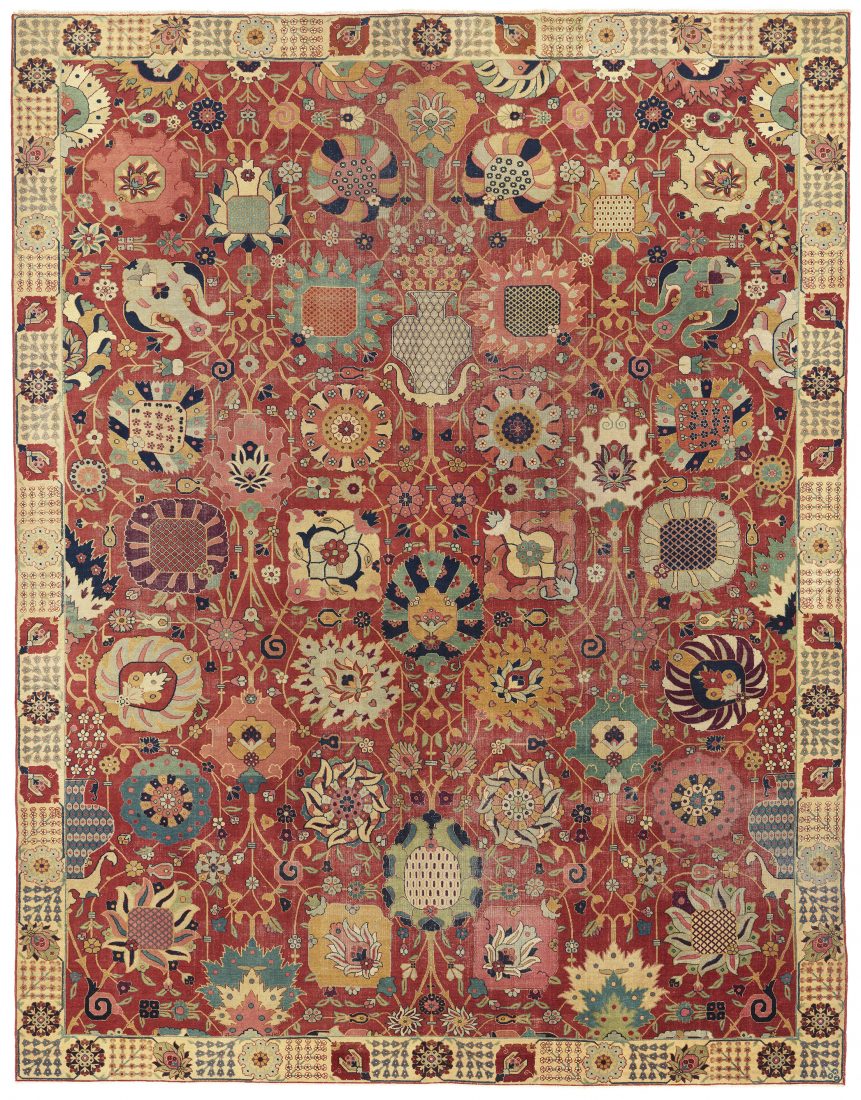 Inquire Enlarge
Tabriz Carpet
c. 1890
156" x 120"
Textile, Wool and natural dyes
Region: Persia
The weavers of Tabriz in northern Persia are responsible for the largest number of extant examples of classical carpets held in museum collections worldwide.   The town of Tabriz, a cultural center that was heavily influenced by the Ottomans, Armenia, and the Caucasus, also had a geographical location that provided all the necessary elements for the production of carpets of outstanding quality, namely high quality wool and plant materials used for dyes.

While the weaving of Court carpets for Persian royalty was well established by the 16th century and continued into the 18th century, carpet production in the 19th century was devoted to works of high quality destined for wealthy clients in Persia, Europe and America.  The tradition of workshop production remained intact with all the aesthetic sensibilities that had been established in earlier centuries.

Tabriz carpets from well managed workshops were highly valued from the day they were produced and remain one of the most coveted antique carpets sought by collectors and connoisseurs.  Examples in fine condition with classical designs and colors have become extremely rare.

This antique Tabriz carpet has all of the qualities of the early 16th century Safavid vase court carpets that inspired its creation.  Sadly, the earliest example known of this design was destroyed when the Berlin Museum was bombed in World War II but the design tradition remained intact through the end of the 19th century.

This example exhibits a stunning array of meticulously drafted design elements using a wide spectrum of natural colors.  The asymmetry of the design elements is nevertheless harmonious and embodies the feeling of depth over the rarely seen soft red field. The narrow ivory border  serves as a frame through which infinity can be glimpsed. Most commonly found with a dark blue field, the design of this carpet features a pattern of scrolling palmettes and rosettes  sometimes referred to as single-plane lattice design. Among the obvious visual superlatives, most notable in this example, is the rare and uncharacteristic red field.