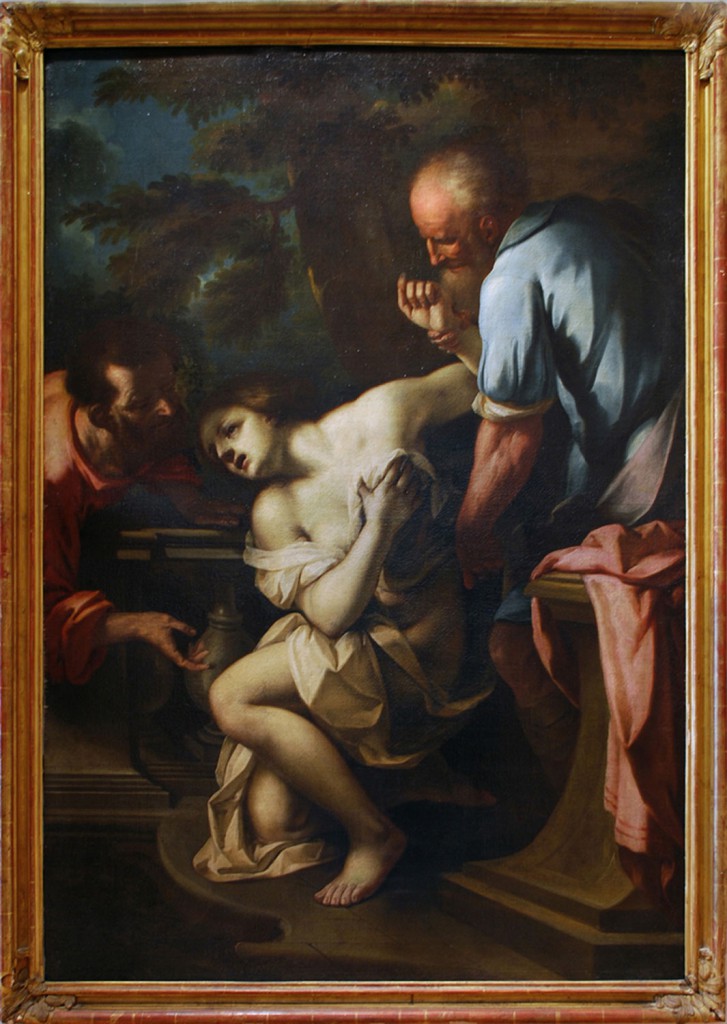 Inquire Enlarge
Susannah and the Elders
ca. 1650
69.25" x 48" Framed: 74" x 54"
Painting, oil on canvas
Region: Bologna, Italy
A fair Hebrew wife named Susanna was falsely accused by lecherous voyeurs. As she bathes in her garden, having sent her attendants away, two lustful elders secretly observe the lovely Susanna. When she makes her way back to her house, they accost her, threatening to claim that she was meeting a young man in the garden unless she agrees to have sex with them. She refuses to be blackmailed and is arrested and about to be put to death for promiscuity when a young man named Daniel interrupts the proceedings, shouting that the elders should be questioned to prevent the death of an innocent.