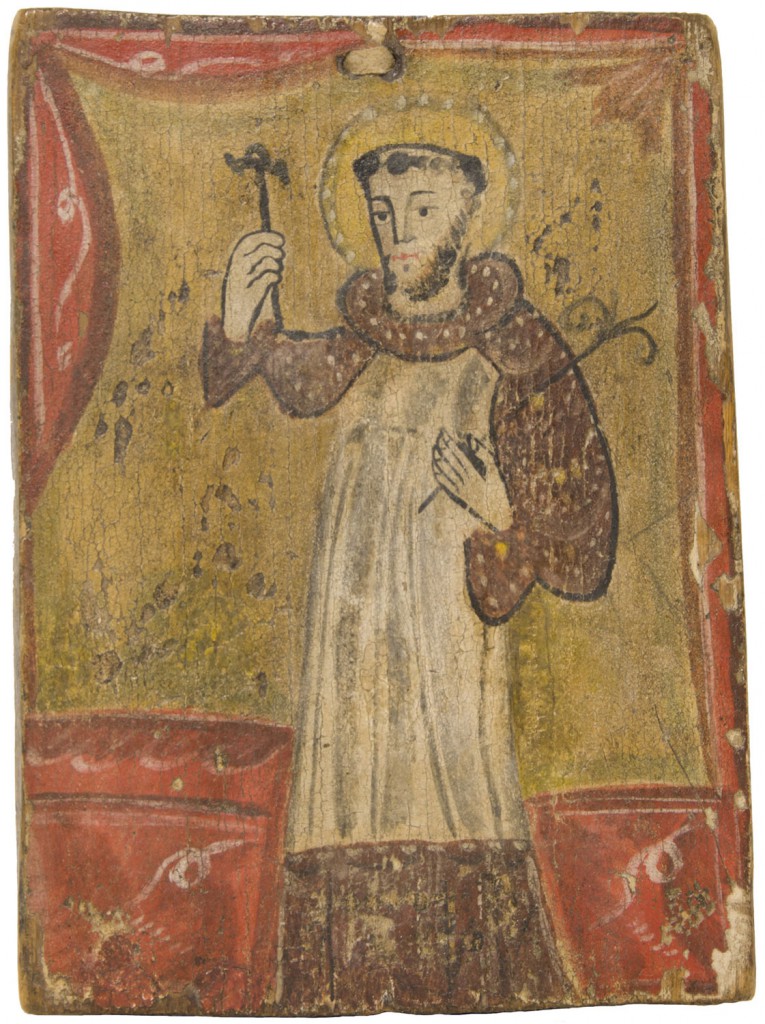 Inquire Enlarge
San Juan
ca. 1820
8.5" x 6.5"
Retablos, wood, gesso, tempera, varnish
Region: New Mexico
Saint John of God was a Spanish saint of Portuguese birth. He is the founder of the Brothers Hospitallers of St. John the God, an order devoted to charity to the sick and poor. St. John and his followers established many hospitals in different countries in Europe and in New Spain. He was noted for his unremitting devotion to his charity work and for many miracles associated with it. In a vision the Christ Child appeared to him and gave him the name by which he was later known, John of God.