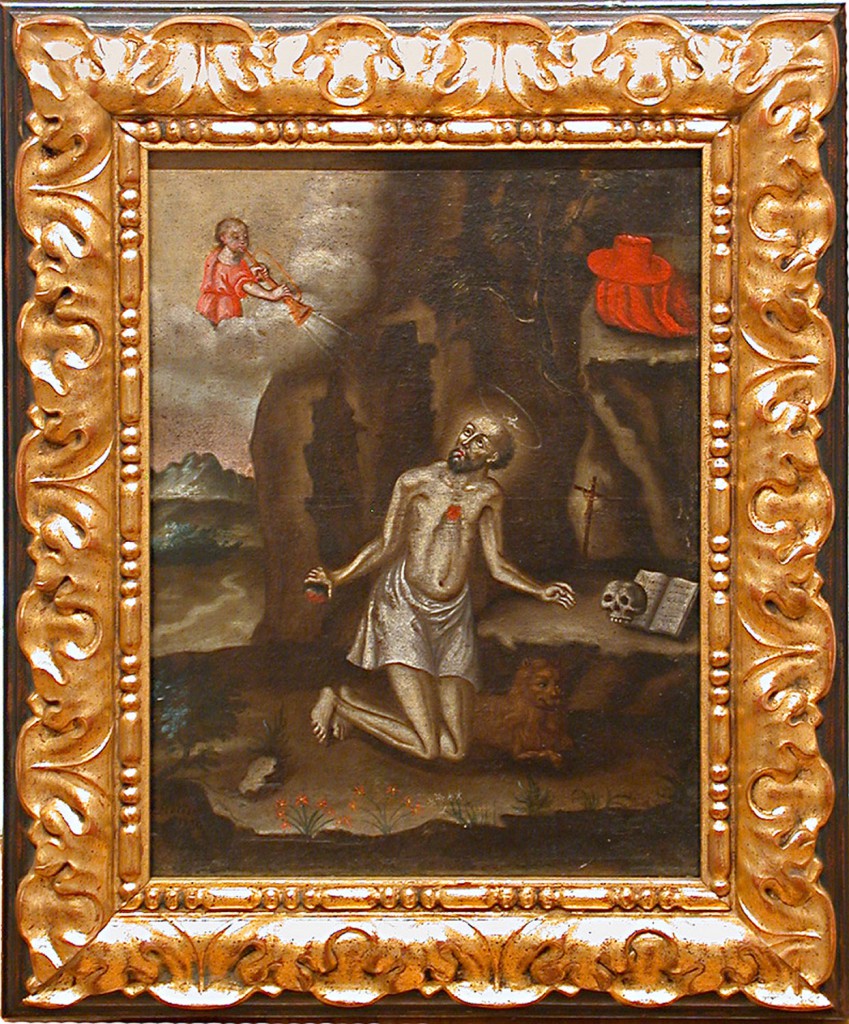 Inquire Enlarge
Saint Jerome
ca. 1775
16.5" x 12.5" Framed: 21.5" x 17.25"
Painting, oil on canvas
Region: Mexico
Saint Jerome was a great theological writer and translator of Greek and Hebrew texts. Although he began a secular and rather hedonistic lifestyle in Rome at a young age, the Saint quickly became repentant of his transgressions and adopted an ascetic devotional practice. In this painting the Saint is surrounded by a number of symbols which belie his many revered aspects. The lion by Jerome's side is reminiscent of a tale where the Saint is able to tame the beast by repairing a wounded paw. Jerome is often shown with bible, crucifix, simple loin cloth, and skull, in the desert as representation of his time spent as an ascetic, wandering the unpopulated wilderness of Syria. The red hat and cloak lying on a nearby rock in this painting may symbolize Jerome's popular depiction in a cardinal's garb (though inaccurate and anachronistic).