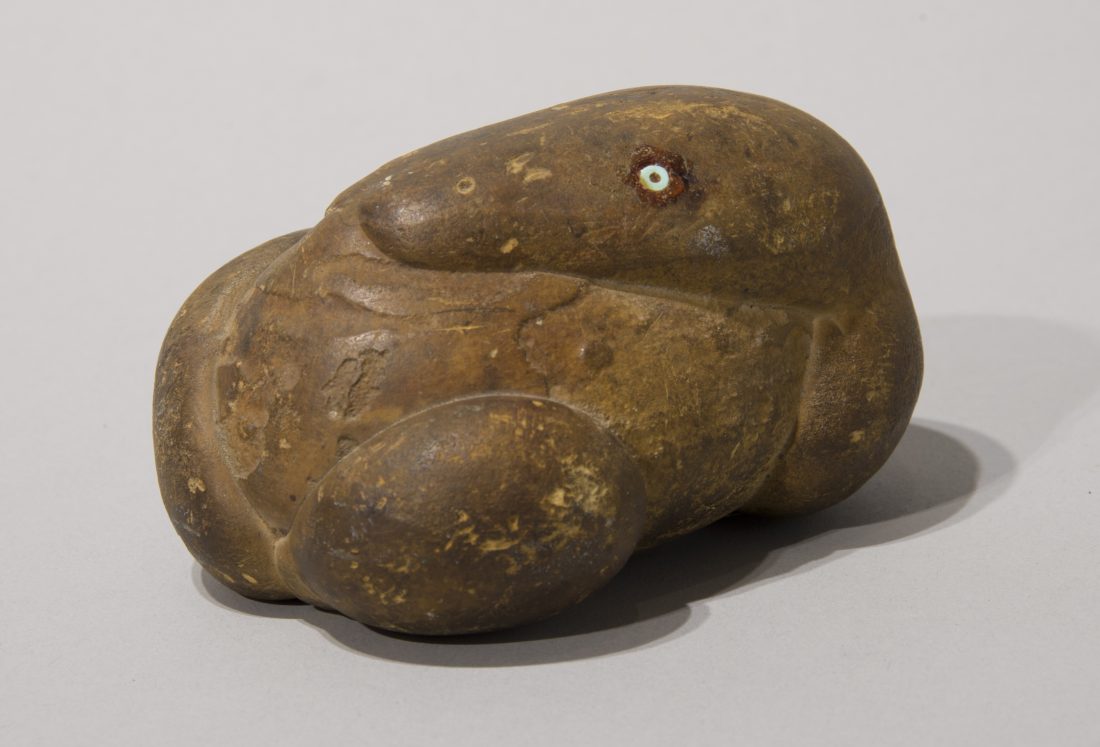 Inquire Enlarge
Snake and Frog Fetish – SOLD
ca. 1900
2.5" x 5" x 4"
Miscellaneous, Stone, turquoise
Region: American Southwest, Arizona, New Mexico
"It consists of a naturally occurring mineral (a variety of volcanic tuff), commonly referred to as a 'concretion', therefore of great geologic age, which, when formed, happened to resemble a snake eating a frog, both of which have significant ritual roles in the supernatural belief systems of the indigenous Pueblo Indians of the American Southwest. The only modifications I am able to note under microscopic examination are inset turquoise eyes, afixed with Pinon sap and conically drilled nostrils. As to when the concretion was modified, I suspect it was in the 19th c. earlier, possibly pre-contact (AD 1540). It is impossible to determine the exact Pueblo or site it came from, except to say that it conforms with other documented known historic and prehistoric Southwest Pueblo stone 'concretion' figures."